Like a lot of you, I’m still feeling a little overwhelmed by everything going on right now. Awe-inspiring stuff. Long overdue stuff. But still overwhelming.

I thought about updating my list of top ten B-movie mistakes, but I really haven’t been up for bad movie geekery for a few weeks. So I shelved that idea for a while. Then it occurred to me there’s a related topic I haven’t discussed in... well, years. Not directly, anyway.

It probably goes without saying that I really like genre fiction. I grew up with Doctor Who and Star Wars and comics about Spaceknights who came to Earth to protect us from alien shapeshifting sorcerers. Sci-fi, horror, fantasy—I like reading ‘em, I like writing ‘em.

But you probably knew all of that already.

Point is, I’ve consumed so much of this stuff. In so many formats. A lot of it’s been fantastic. Some of it’s been... not so fantastic.

As I started taking storytelling and writing more seriously, as I started really breaking things down and studying them, I noticed a few similarities. Common problems that showed up again and again, especially in genre stories. Three of them.

To be clear, they’re not confined specifically to these stories—you might see these issues crop up in mysteries or romances or even literary fiction. They’re also not the only problems these stories can ever have (not by a longshot). But it’s kind of amazing how often a problematic sci-fi or fantasy and even horror will have one or more of these three issues.

The first issue is when we bury our stories in too much of our chosen genre. If I have an idea, it gets included in the story. No matter what it is—neat visual, cool character beat, clever way a door opens—I’ll fit it in there. If it was scary in that story, it’ll be scary in my story. Most of us have probably read a genre novel that went to great lengths to explain how the weapons, shoes, uniforms, food, transportation, education, and economics are all very different on that other world or in that not-too-distant future. If it's a magical world, everything is ancient and magical and built by the fae. If it's a sci-fi world, everything has nanites and AI and came from interdimensional aliens. People don’t wear glasses in these stories, they have optykwear, and a good set of optykwear can cost you seven or eight neshseks.

The problem with writing like this is my audience has nothing to connect with as they’re overwhelmed with all these unfamiliar elements. The people are different. The setting’s different. Motivations are different. Yeah, it’s a really cool alternate world where the Dark Ages never happened, all coinage is brass,  and wars are now fought with steampunk robot dragons run by difference engines, but the important thing is that my readers need to be able to understand this world and relate to it, while it’s on the page in front of them.

All the worldbuilding is good, but my story needs to have something my audience can immediately identify with in some way, and it’s best if it’s the main character. Someone who hates their job, who wants something they can’t have, or maybe who just feels like an outsider. A person with a universal need or desire. 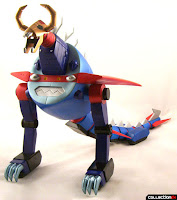 When a reader believes in my characters, they’ll believe in what’s happening to my characters. It has to do with willing suspension of disbelief—I can’t believe in the big elements of a story if I don’t believe in the basics of it. Once I’m invested in Wakko’s life, then I’ll be more willing to go with it when he goes to work shoveling coal in the belly of a a giant steampunk dragon (but one day he’s going to be the commodore of the whole mechdragon fleet—you just wait and see)

There’s one very closely related issue to this, so close I’m not even going to branch off and make it a separate thing. Sometimes, all the laying-on of more genre gets a little monotone. Dramatic stories that are non-stop drama. The horror movie that’s nothing but horror. The magical fantasy series where everything is magical and fantastic. No matter how much I love this thing, it gets boring pretty quick when it’s all I’m getting.

We want our fiction to mirror our lives as much as possible, and the truth is very few of us lead monotone lives. They get broken up with moments of laughter (not always at appropriate times), random pettiness, unexpected excitement, casual flirting, and more. Our stories should be the same way.

The second issue happens when I try to explain everything. It’s confusing enough that I dropped readers right into a steampunk mechdragon battle, but now I’m going to pause that battle for ten pages while I explain how mechdragons came to be and where the best coal for their boilers is mined and how the creation of functioning wings (and the required steam- piston musculature) changed the nature of battle and hey I should probably talk about dragon tactics for a bit, right?

I think most people reading this have seen a story or two that suddenly deviated into that sort of excessive, often unnecessary exposition. I’ve read many stories that suddenly go to great lengths to explain how and why the serial killer turned out the way she did. Or how she ended up with superpowers and exactly how they work. Or both. At length.

What this leads to is stories that feel very detailed, but very little ever actually, y’know, happens. Page after page of explanation can add up really fast, and suddenly a third of my book is just... details.  And while I’m going over those details, my characters are just sitting around twiddling their thumbs, waiting for something to happen again. It can also annoy my readers as all this information gets doled out, especially if it’s something that feels unnecessary and unmotivated. 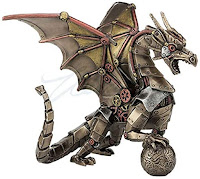 I think there’s two ways to deal with this issue. One is something I’ve talked about here in the past—the ignorant stranger.  If I’m going to explain things, I should have an actual, in-story reason for them to be explained. Wakko may know the day-to-day workings of a mechdragon, but Phoebe’s a stowaway and he needs to help her pass as a crew member or she’ll be “dropped off”... and they’re three thousand feet up. So he has a solid, understandable reason to explain everything and she can ask a lot of the questions my readers probably have.

The other way to deal with this issue is the quick and easy one. Cut it. I can delete anything that isn’t actually necessary to the story. This can be tough, because, I mean... steampunk mechdragon wars! There’s so much cool stuff in those three words. But how much of it do I really need? Is it relevant or is it just me piling more “genre” onto the plot and story? Yeah, ceramic teeth are cool, especially on that scale, and I’ve come up with a crazy way how they’re made, but does my story fall apart if the reader just knows the mechdragon has... teeth? Does it change anything if in their mind they picture the teeth are brass or steel or diamond? Pages are precious—do I really want to spend part of one on this?

The third issue is actually the reverse of the last one. It’s when I don’t explain anything. There’s so much new stuff that there’s no context. I can’t tell if neshseks are coins or bills or maybe they’re not even money. Maybe this world works on the barter system and they’re some kind of gourd. Could be a massage or a sex act or maybe it’s some kind of pet? Maybe it’s a pet that gives great massages?

But it’s not just terminology. The genres also tend to collect mysterious characters who drop vague hints or implied threats for... reasons. Creepy messages appear on walls, sidewalks, computer screens and we never learn how they got there. Disturbing objects are discovered in the attic and never, ever discussed again.

I think there are two general reasons this issue happens. First is that, as the writer, I’ve sunk deep into my fictional world for the past five months and I forgot the reader... hasn’t. They have no idea what a neshsek looks like. Or what it’s used for. Or how many you can seriously expect to get from a relative stranger for two tinted sets of optykwear

The other reason is that people are trying to duplicate the sense of mystery and anticipation they got from another story, but they don’t really understand how and why it worked there. A lot of these weird mysteries are just a general lack. There is no explanation or reason or motivation behind what’s happening in the story. It’s just happening right now because... I wanted to tell a weird creepy story.

A friend of mine gave me a great rule of thumb once, and I think it’s the best way to deal with this issue. I kinda mentioned it up above—my main characters should mirror my audience. If my goal’s to make my audience puzzled and eager to learn more, then really Phoebe should be puzzled and want to learn more. If the reader’s angry about something, Wakko should probably be angry about it, too. Likewise, if Phoebe and Wakko are both really annoyed because they still don’t know what’s going on... well, I can probably guess how my audience feels right now, one way or the other...

Are these the only three problems that might crop up in my genre writing? No, not at all. I have faith in you that you will find awesome, all-new problems. But these are the ones I see appear again and again. So maybe they’re worth looking for in my manuscript. Just in case.

Next time... I’ve got kind of a follow up idea to this. It didn’t really fit here, but it’s a genre problem. Sort of.

Stay safe out there. Wash your hands. Wear your mask.

Until next time, go write.