This post ended up being a bit more timely than I expected.

I wanted to talk a bit about having a message in my work. I’ve touched on this recently when I was talking about theme during the A2Q. I think there’s a bit of a difference between having a message and a theme, and I felt it was worth going over that.

However, with recent events in mind, I want to be clear right up front I’m talking about having a message while writing fiction. Messages exist in the world. A lot of them are good, and a lot of them need to be shouted from the rooftops. Right now, here in the , we’re suffering from a lot of chaos because some folks thought ignoring some messages for years would make them go away... and those folks are the ones who really needed to hear them.

But while we’re talking about fiction....

As I’ve mentioned before, theme is the underlying threads that tie plot and story together. It’s connective tissue that helps my book become more unified and complete. As such, it tends to be a subtle thing.

Messages, on the other hand, tend to be thick and clumsy. They can’t be missed or misinterpreted. They’re heavy, beat- you-over-the-head things.  Most of them have never even heard of subtlety, let alone been in the same room with it.

A kinda common thing is people who decide to write a book or screenplay about a message. Not with a message, mind you, but about a message. There’s an important difference there. When I’m more interested in the message than the story, things fall out of balance pretty quick.

Here’s a simple test.  If my story or script has a message in it, at what point did the message come into it?  Did it grow naturally from the idea for a certain character or scene?  Or did this story start with the message, and then get fleshed out with minor things like characters, plot, and dialogue? Is this about telling a story... or pushing an agenda? 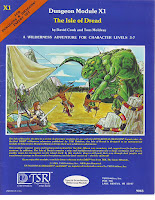 If you’re of a certain age, you may remember a couple books and movies about the evil threat that is Dungeons & Dragons. We’ve all seen so many tales of the horrors of alcoholism and drug addiction. I remember some college writing class stories about innocents being “absorbed” by the industrial military complex only to discover they now had oil for blood (get it? Get it?). Hell, back when I read for screenplay contests, I was once presented with a script about the ghosts of aborted children-who-might-have-been haunting a clinic worker until she leads a crusade against the mustache-twirling, thoroughly evil doctors who ran the clinic.

Now, there’s nothing wrong with my story having a message. Most of the best stories do, on one level or another. Problems arise, however, if I approach things from the wrong end, like some of the folks I just mentioned did.

When a writer starts with the message, everything else tends to get slaved to that singular idea. Characters tend to have awkward or unbelievable motivations because the story isn’t about what these folks would naturally, organically do. All their decisions, actions, and reactions are bent to reinforce the message. So they often come across as puppets that all enforce the idea.

In one of the examples above, no matter what your personal views on religion or gaming are, does anyone seriously think Satan is trying to get to kids through D&D? How is that possibly going to sound believable? All the crap going on in the world right now, and the devil’s big plan to recruit souls is rolling dice? Or reading books about a kid wizard who’s an adequate student at best and really should’ve ended up with Luna Lovegood, as was clearly the original plan.

But that’s besides the point.

Also, when the message dominates my writing, dialogue suffers. Characters spout out a lot of emphatic monologues, and they sound... forced. Insincere. They’re all just serving as a mouthpiece for my views and ideas—strictly for or against with no middle ground. This makes their words become stiff and on the nose. My characters can’t be there just to parrot my viewpoints on different matters. They need to have agency or they’re going to come across as fake.

In some ways, we’ve all encountered this under the name of marketing. And while there are some really fantastic, sincere marketers out there, there are a lot of folks who are just... selling something. And they’re not doing it well.

We’ve all dealt with that, right? That godawful social media account that wants you to be safe at home but more importantly be safe at home eating Fauxritos, now available in sixteen flavors and four textures. Or that person who inserts themselves into every conversation or thread to tell you this is a heartbreaking and important moment in history, and it’s a lot like a moment in their book, which is available right now on Amazon for a sale price of just $3.99...

Y’see, Timmy, my story can have a message, but it can’t be about the message. That's just a sales pitch. The message needs to serve the story, not the other way around. The story needs to be something my audience can believe in, with characters they can also believe in. We can all feel the insincerity radiating from those message-based books and movies, and it makes our skin crawl. Even if it’s a message we agree with.

And I don’t know about you, but that’s definitely not the message I want my writing to send.

Seriously, I have no idea right now if there’ll be a next time. The country’s in a rapid downward spiral. At this rate, I could see everything that spreads subversive messages shut down this time next week. And I went and made message a keyword for this.


Please be safe. Wear your masks. Take care of yourselves out there.