We’re still in the early days of creation. I know that seems weird. We’re five parts in, but I’m still saying it ‘s early days. Not quite halfway through, going off my rough outline for this whole thing.

One of the things I’m trying to do with this A2Q thing, especially with these first few parts, is point out a lot of elements we need to think about before we sit down and get going. I really think the reason a lot of writing projects hit a wall is ‘cause people get one or two cool ideas, start writing, and then hit that first big gulf those ideas don’t cover. And that gulf will always appear, because one or two cool ideas don’t make a book.

Like I mentioned last time, it’s a lot like trying to cook. I want to make sure right up front I’ve got everything the recipe needs, because I don’t want to get halfway through and find out I don’t have that half-cup of brown sugar. We’ve all been there, right? Suddenly I’m wasting time digging through the cabinets or looking online for brown sugar substitutes and going through the cabinets for those. Now the oven’s smoking because it’s been preheated for a while and the dough’s been sitting half-mixed for fifteen minutes while I’m trying to figure out if I really need the brown sugar and wow cookies were a bad idea and jeeeeez I shouldn’t’ve tried this.

I don’t want any of you to go through this with your writing. So that’s why we’re going to make sure we’ve got everything we need before we sit down and start with the serious writing. And why I want to continue this gathering-up-of-elements by talking about settings a bit. 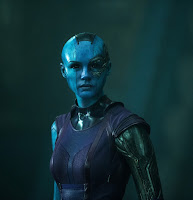 I know at first glance, the setting might not seem like a big deal. I mean, if I’m writing something super-sci-fi set on another planet or a fantasy in some alternate world... well, sure. Setting’s important then. People are going to be blue with orange hair and swords will talk and everything’s going to be different.

Thing is though, almost every fictional world is going to be slightly different from the real world. Especially the real world of the reader. Maybe I’m writing about spy thrillers in Europe or werewolf hunters in northern California or a galactic hit man who just crashed on an unnamed alien world. There's going to be big, obvious differences and small subtle ones, too.

Charlie Jane Anders made a wonderful observation a while back. To paraphrase, if my setting is “a world just like ours, except...” then it’s not really a world just like ours. Like that butterfly effect I mentioned last time, any change worth noting is probably going to have a ton of repercussions across all levels of society.

And if I don’t see those repercussions in the manuscript... it’s going to ring false. In a world where anyone can turn invisible and everyone knows this, why wouldn’t I have better safeguards in my home? Why would I assume “the wind must’ve knocked it over” or those footsteps upstairs are “Just the house settling in for the night.” That kind of thing makes my characters (and me) look dumb. They should understand the world they live in and not be shocked or surprised or caught off guard by it.

Another key thing to remember here is that a lot of the setting is my character’s view of the world. So even if they’re in the “real” world, their day to day experiences may not be just like mine. Odds are really good they’re not. Simple truth, I don’t live in the same world as somebody who lives in . There are so many elements that make our day-to-day experiences--our thought processes—different. The climate. The economy. The history. The government. The society. And all of these little differences—these excepts-- make for a very different world.

Heck, my world’s radically different than someone living in . Just the simple fact that they don’t worry as much about healthcare. Or childcare. Seriously, just take those two items off your plate right now and how is it going to change your view of your job? Does it matter as much that you didn’t get that two dollar raise? Or the extra overtime shift? And if you’re not working overtime, how does that affect your life?

And just what a character knows can change their view of the world. Maybe they learned an ugly truth or got the veil peeled back, and now the world is a very different place for them. The best example I can think of this is that old-timey flick of yesteryear, The Matrix. For the first third of the film, Neo thinks he knows and understands the world. But later, after learning some ugly truths, he goes back and is shocked just to see a noodle shop he used to go to a lot. Because now he sees the world as a very different place.

Let’s talk about Phoebe’s world for a little bit and flesh some things out.

We’ve established she doesn’t make a ton of money, and she’s responsible for her teenage sister. These two things are going to be big factors in a lot of her decision making throughout the book. For example, we know she’s not living in a mansion, and even though she’s renting a house, it’s not going to be a great house. Not too big, probably some faults here and there. Maybe crap plumbing or an old, too-small water heater. And the wiring’s from the ‘50s so don’t try to run your laptop and a hairdryer while the lights are on. Plus, this lack of money’s going to be reflected in her diet, her wardrobe, and probably—to some level—her self esteem.

Of course, this isn’t the big element. Phoebe lives in a world where werewolves are real. We already know some of the changes this implies—there are professional werewolf hunters, with lots of related jobs and organizations.

But one of the other things we’ve kinda been dancing around is... who knows? Is the werewolf-hunting world hidden away from prying eyes? Or is it commonly known and you can buy werewolf-repellant spray at every Home Depot?

(seriously, don’t buy that stuff—it’s a scam and it never works)

I’ve gone back and forth on this while talking about plot and story and character, and I’m going to say people in general don’t know about the werewolves. They exist, they’re 100% real, but to the vast majority of the population, they’re just fiction and folklore. These folks all believe they’re living in the regular real world you and I are living in right now.

Why am I going this way?

First, the more I played around with it, the more it felt like making werewolves something everybody knew about would make my book lean a little more into comedy. Not a full fledged comedy, probably a lot of gallows humor, but it’s still just not the direction I want this to be going. If we’re going to talk about lycanthropy as a global problem, it just seems like we’re going to be very serious (which I don’t want) or pretty goofy (which I also don’t want). Making it so most people don’t know gives me two worlds, essentially, that Phoebe can move back and forth between. This will give me some nice, believable transitions when I want to shift tone a bit one way or the other.

Second is that if everybody know werewolves are real, it’s logical to assume the lodge would be publicly subsidized somehow. Maybe even fall under a state or federal government office. The CDC or maybe the DOD, depending on how I approached it. Heck, maybe the Department of the Interior. This’d put a different tone to the underpaid/undersupplied aspect of Phoebe’s story that I don’t want to deal with.

Also, kind of a third thing, somewhat related to the above point. If we follow the logic that the lodge is connected to the government, then like it or not this story’s becoming a bit of a metaphor. The government having licensed contractors eliminate “undesirables” or the underfunded government office that’s woefully unprepared for a major outbreak. Hahahaa, yeah, no way any of that could seem political in this day and age. I’m not at all against political elements in work, but—for what I want to do with this story—it just feels like it could easily be a little too much right now.

Plus—on a more positive side—I kinda like that werewolves being unknown will add a little more conflict in Phoebe and Luna’s lives. It’s a big aspect of both their lives they have to keep hidden from people, like a good old-fashioned secret identity. 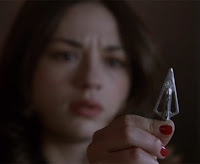 Worth mentioning that thinking about all this solved another small issue and added a little more depth. Why would Phoebe be using a crossbow in this day and age? Well, to be honest, I just said crossbow a couple of times at first because it’s kind of a werewolf-hunter standard. But thinking of the setting and financing made me think of something else. Silver’s expensive, even for the lodge. Oh, sure, if there’s a major outbreak there’s going to be boxes of silver 9mm and buckshot for everybody, but nowadays, on regular patrols, crossbow bolts are reusable, which means they’re cheaper.

Heck, they could be heirlooms you leave to your daughter for when she takes over the family business.

This is also a good place to point out something I see crop up. Some of you might be seeing a contradiction here. I said earlier that characters need to understand the world they live in, but now I’m saying most people don’t know there are werewolves. This really isn’t a contradiction, though. If most people don’t know werewolves are real, then their world is built around the idea that werewolves aren’t real. As I also mentioned above, their day to day experiences tell them they live in a normal, werewolf-free world, and they’re going to act and react to things accordingly.

I know this seems silly to point out, but it’s amazing how often I've seen this kind of thing pop up in manuscripts (or geekery movies). Characters are confused/ surprised by/ completely ignorant of the world they live in, and behave in unbelievable ways because of it. I can’t say everybody in the world can read minds, than have one of my characters surprised that somebody read his mind, followed by “Oh, of course—you read my mind. Hahahaa.”

So play around with your setting a bit. Figure out what it is and how your characters see it. Try to work on a couple of those sharper corners now so we don’t get snagged on things later.

I’ve got one other thing I want to talk about in the A2Q before we (finally) start putting stuff together. But that’ll be in two weeks.

(unless you’re all seriously loving this and just want me to focus on the A2Q for a while. The comments have been kinda dead so I have no idea)

Next time, I’d like to talk a little bit about information and noise.