I got this title from a fun little article I read the other day.  The writer was pointing out a flaw in a particular television show (not the one you’d think) and it made me think about a somewhat common issue I see pop up a lot of the time.
A long ways back I mentioned the idea of a limited concept story.  It’s when the entire plot can be summed up as A to B.  I’m here, but I want to be there.  I want to get off the island.  I want to stop the bad guy.  I want a date with the cheerleader.  A limited concept is based around achieving a specific goal, and once I’ve reached that goal the story is over.
Now, sometimes, a story will be a limited concept, but for whatever reason it keeps going.  Perhaps the network renewed the show for two more seasons.  Maybe the publisher wanted more books in the series.  Could be the movie did so phenomenally at the box office that it suddenly became the first in a trilogy.  And sometimes... it’s just because the writer doesn’t have enough story to fill the space they’re trying to fill.
Whatever the reason, artificially extending a story tends to fall flat really quick.  Especially in an A to B story.  When my characters have one overriding goal, it’s very hard for them to not achieve it.
Alas, I see this structure again and again in books, comics, and television shows.  The name I’ve hung on it (feel free to use your own)  is “the obvious problem.”  It’s when there’s something stopping the progression from A to B that just... well, it shouldn’t be there.  Not because it doesn’t fit the world or the story, but because it’s hard to believe the characters would allow it to stop them.

It’s kind of a silly comparison, but a limited concept is like Gilligan’s Island.  The whole point of the show—their single overriding goal—is to get off the island.  Getting shipwrecked was A, getting rescued is B.  And I can’t keep having stupid things keep them from getting off the island again and again and again or it’s going to look... well, stupid.  The professor builds a shortwave radio out of coconuts and Gilligan accidentally smashes it with an oar.  Gilligan discovers a natural superglue that could repair the Minnow, but forgets to mention it only lasts a few hours and wrecks the boat even worse.  They build a raft from bamboo and coconuts, and Gilligan lets the wild boy escape on it.
The thing is, we can buy this sort of mistake.  Once.  Maybe, if we’re generous, twice.  But let’s face it... after two weeks on the island, the other castaways would’ve tied Gilligan to a tree so he’d stop screwing things up for the rest of them.  He’s the obvious problem in all their escape plans, and it’s tough to believe they’d keep including him.  Let’s be honest—in a darker version of the story, they might’ve even killed him for the good of their small community.
This is why we all though Gilligan’s Island was high art when we were six, but got frustrated with it when we were older. We couldn’t buy it anymore.  There’s just no way to believe the survivors of the Minnow wouldn’t deal with the obvious problem that kept stopping their attempts to get off the island.
If the one thing Wakko wants above all others is to date the cheerleader, there’s only so many times he can spill a drink in his lap, get stopped by her friends, or threatened by the football team.  If that’s what he wants, he has to achieve it.  That’s basic A to B storytelling.
If he doesn’t achieve it... well, what was the point of this story?  It’s A to nothing. That’s not a plot.  It’s a plot point.
And nobody reads plot points.  They read stories.
Next time, sticking with our island theme, I’d like to talk to you about what’s in this bottle that just washed up on shore.  Don’t expect much... it’s got to fit in a bottle.
Until then, go write.
No comments:

Knowing Is Half The Battle...

Wow.
This is just ridiculously late, isn’t it?  I think this may be the longest I’ve ever gone without posting something here.  For all of you regular readers, I am so, so sorry (occasional, sporadic readers—I regret nothing!).  In the past couple weeks I’ve been trying to finish the fourth Ex book, plus traveling for cons and events.  This week the third book, Ex-Communication, came out everywhere so it’s just been kind of a whirlwind.
But enough about my whiny excuses.  Let’s look into a new topic...
A question came up the other day about research.  How much do you do?  How much do you need to do?  How much of it needs to go into your book?
It’s tough to pin down how much research is right because—odd as it may sound—getting the facts right is such a subjective thing.  There are times I need to get things right and there are times I need to... well, make stuff up.
Here’s a couple of guidelines I use when doing my own research.

Story Always Comes First
Truth to be told, when I sit down to write a first draft I don’t do a lot of research.  I don’t worry about what town George Washington was in on May 31st, 1769, what deck the first class galley was located on the Titanic, or how tall Alexander the Great’s favorite horse stood in cubits.
To be blunt, none of that matters.  Not in a first draft.  If I’m going to get hung up on page eight about whether or not Einstein’s maid was right or left handed, well...  I’m not going to get very far.
I also shouldn’t try to reverse-engineer stories to facts.  I don’t decide “wow, I’d like to do a story about the American Revolutionary War” and spend a month looking stuff up and waiting for anything to jump out at me.
I do research to add to the story, not to build the foundation with it.  So I need a story first, research second.
Well, not really...
Character Comes Second
I’m going to say something now that may annoy some of you, but it really needs to be said.
There are stupid people in the world.  A lot of them.  To be honest, there are matters we’re all stupid about.  There are aspects of religions, sciences, history that we know nothing about.  I know there’s lots of stuff I know nothing about, and the vast majority of folks are the same way.
Some of these stupid, uneducated people are going to show up in our stories.

It’s tempting to have everyone get everything right in a story.  They understand every reference, know the complete history of every nation on Earth, comprehend every bit of jargon or slang.  The truth is though, people get stuff wrong all the time.  There are people whose only knowledge of firearms comes from Schwarzenegger movies,and there are folks who got most of their medical knowledge from House. For the longest time, most of my investigative skills came from the Three Investigators and the Hardy Boys, with some fine tuning from Scooby Doo.  This is just human nature.
As a writer, it’s important for me to understand what a character will know and what they won’t (and what they might “know” instead).  So there’s going to be a lot of times in my writing where research gets tossed aside.  I don’t want to discard it, but I need to understand there are times research just isn’t relevant.  Because if I want believable characters, some of them are going to have to be stupid characters.  Or at least, uneducated in several fields.

Fifteen Minutes or Less
As a few thousand people have observed, one of the amazing things about the internet is just how much information is on it.  It’s hit the point that most of us are more amazed when we can’t find something online.
Which probably makes for a good rule of thumb.  If I can spend a solid fifteen minutes searching for something online and find no sign of it (Cleopatra’s bra size, for example), there’s a good chance very few other people are going to know the answer to that, either.
Keeping that in mind...

Know What You Don’t Know
There’s an old chestnut that in any situation there’s what you know, what you know you don’t know, and what you don’t know you don’t know.  The last one is almost always what gets you into trouble.
The trick here is that I at least have to have enough knowledge to know what I don’t know.  For example, any time I write about a field I’m not familiar with, I feel safe saying there’s a lot of slang and specialist terms used by people in that field.  So there’s a bit of figuring here about how many people will know that factoid I can’t find. 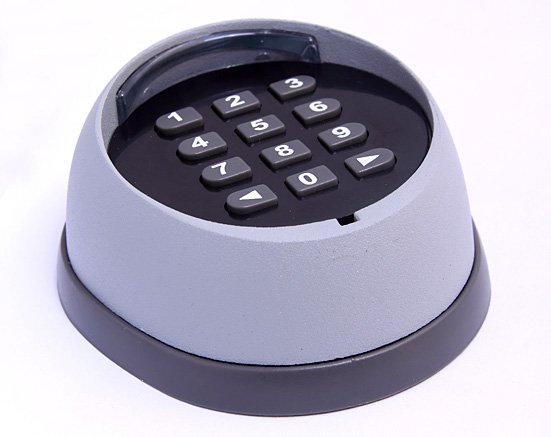 For example, I don’t know much about black-ops security password required lengths, but--by their very nature--neither do a lot of other people.  On the other hand, I also don’t know a lot of military nicknames for different ranks and jobs, but between active and reserve there are over two million people in the U.S. Armed Forces, so that’s a much larger potential audience who will know if I screw something up.

It’s A Trap!
Probably the best guideline I can offer.  There’s a point where research becomes an excuse not to do any actual work.  Some people use “research” as an excuse to put off writing for another day or two.  Or a week.  Or a month.  I know a few folks whose writing has come to a dead halt because they need to do more research.  Some times it’s research into history or weapons or a certain town square.  Other times it’s research into better ways to structure their story or how to establish character.
Just remember that first rule of thumb up above.  I need to have a story first.  Until I have at least a crude, bare-bones draft to work from... I don’t have anything.

Next time (and I promise, next time will be much sooner), I’d like to talk to you about this radio I made from six coconuts and some sand.  It’s incredibly fragile, though, so we’ll have to be careful around it until I call to get us rescued.
Until then, go write.
4 comments: