A while back I asked for topic suggestions and this got tossed out by someone (you know who you are).  I’ve been playing with it in my head for a few weeks because it’s one of those topics/questions that’s a little more complex than it seems on the surface.  But I think I’ve got a handle on it to where I could mutter on about it for a bit.
Or maybe not.  Maybe I’m just suffering from leftover Halloween candy withdrawal.  I guess we’ll see.
So, the question was, paraphrased, ‘Who deserves to be a character in my story?”  Not in the sense of “wow, this guy on Twitter thinks he should be in my next book”—the answer to that is pretty much always no.  No, we’re talking about where we draw those lines between main characters, supporting characters, and those folks in the background. 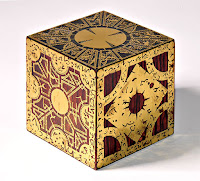 For example, in the book I’m working on right now, I just mentioned a Lyft driver.  How much detail and backstory do they deserve?  Should they have a gender?  A  hair color?  Maybe an elaborate backstory involving a wild one night stand, a million-dollar art heist, and a cursed music box?
Should I maybe even give them... a name?
Now, on a simple, first-draft level, the answer to all of this is yes.  Go for it.  I don’t know how many times I’ve said good characters are the most important part of any story.  So, logically, more good characters makes for an even better story, right?
And this is the whole point of a first draft.  Getting it all written down.  All of it.  Everything.  EVERYTHING!  Every crazy idea and phenomenal character concept and neat cameo I can come up.  So my Lyft driver is named Phoebe and that one night stand was actually a threesome and she was blackmailed into working the art heist because they knew about her skill with laser-based sensors but she didn’t know “they” were part of the Black Monks of Beleth, a monastery that deifies a fallen angel who’s now one of the nine kings of Hell and, damn, this stuff really writes itself, doesn’t it?
However...
Yeah, there’s a “however.”
You probably saw that coming...
Like a lot of first draft elements, eventually I need to sit down and decide how many of them really contribute to my story versus distracting from it.  In this case, how many of these characters.  And that’s when the real decisions happen.
For me, it always comes down to how much are they moving the plot or story forward.  Are they sharing important information my protagonist (and my audience) don’t know?  Are they setting something in motion?  Is it vitally important we remember this character fifty pages from now?
And I should be clear what “moving the story forward” means.  If Yakko needs a ride so he doesn’t miss his meeting with Dot, that doesn’t mean Phoebe the Lyft driver is moving the story forward.  Being in the plot doesn’t inherently make a character essential to the plot.
Easy way to check—does anything change if I cut out that whole car ride?  If I ended one chapter with Yakko calling a Lyft and started the next one with him running into the lobby of an office building... is anyone going to be really confused?  Will my book be lacking something (except maybe an extra 4000 words)...?
I’ve mentioned the idea of who gets (or doesn’t get) a name before, and I think it’s a great guideline for this sort of thing.  I don’t want to confuse my readers by naming every single character.  If I’m going to bother to name a character, readers are going to assume I did it for a reason.  This person is going to matter somehow.

And I think this holds for character traits overall.  If I’m going to spend three paragraphs describing her clothes, his drinking habits, their sexual experiences in college, how she turned down her birthright and he never worked for anything... well, my readers are going to assume this is important.  I wouldn’t just be writing all this out for no reason, would I?  I’m a professional, after all.  There’s a plan to all of this, and it’s a plan of my own careful devising.
But...
Yeah, there’s a “but,” too.
But I need to be sure of that plan.  Sometimes things can seem to be important threads of the plan, but really they’re just bulk filler.  Once or twice I’ve mentioned the idea of “describe and die.”  It’s when the writer introduces characters, gives us tons of description and backstory, and then kills them.  It can seem like a good use of description... but it’s something that wears thin really fast.
Like... after one use.
So imagine how frustrated my readers would get if I did “describe and... do nothing.”
To be clear, I’m not saying to pare away every single character description that doesn’t advance the plot.  But I need to be careful how and where I’m using them..  There are lots and lots of reasons it might be worth bumping someone up to minor character-hood and giving them a little more.  I just need to be sure I’ve got a valid reason.

For example...
In the book I just turned in, there’s an evacuation scene, and I tossed out quick, one-line descriptions for three different characters as my protagonist deals with the crowd.  Two of them even had a very quick dialogue exchange with said protagonist before one of them is abruptly killed.
Spoilers, but you’ll forget by February.
Anyway, my editor suggested trimming that down, getting rid of the other exchanges and descriptions and just dealing with the imminent victim.  I explained why I’d rather not—one was that it pushed me into a very light “describe and die” situation. Two is that—after years of watching and working on television—it always feels a little odd and cheap to me when the only person the protagonist interacts with in a crowd is the person something happens to.  Y’know, like when the reporter talks to a random person in the audience about holding the concert despite the building needing repairs, and when that roof beam breaks and falls... well, you know who was under it, right?
And my editor accepted that.
Which is a great way to look at it.  Feel free to introduce minor characters.  Give them a line or three of description.  Maybe a paragraph or two of backstory.  But if someone asks why I’m focusing on this person for a few extra beats, can I give a better explanation than “it’s kinda cool,” or “it’s a very pretty description”...?
Because if I can’t... maybe they don’t deserve to be a character.
Next time, I’d like to talk about phone calls and rhythm and dialogue.
Oh, and one other random segue...
I’m hardly a prude, and I know there are lots of authors out there that have much earthier blogs than mine (some of which are really fantastic).  But I always kept it kinda clean here.  Mostly because this originally grew out of some professional articles I’d been pitching, and I tried to keep that general feel and tone, even though I’ve gotten a bit more loose and casual over the years. 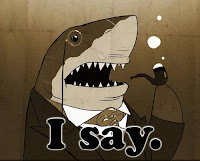 Anyway, I bring it up because a couple of you have posted some rather *coughs* emphatic responses to things lately.  And while I greatly appreciate the enthusiasm (and the comments), I prefer to keep things at a level that doesn’t get blocked by a lot of web filters.  Alas, the only real moderation tool I have here is a delete button, and I’ve had to resort to that.  Many apologies if your comments vanished in the (tiny) purge.  Again, they’re appreciated but...
You all get the point.
Next time, dialogue.
For now, go write.