Hey!  It’s November.  Like, just barely scraping into November.  By hours.  You’ve probably still got the taste of chocolate in your mouth, don’t you?
Yes you do.  Don’t lie.

Anyway, if you’re even a semi-regular reader of this site, you’ve probably heard of a certain November writing event that starts... well, probably right about now, depending what time zone you’re in.  Some of you may have been writing for the past hour or two, fueled by miniature Heath bars and Reese’s cups.  Power to you for starting right at .
On the off chance this is all new to you, I’m talking about NaNoWriMo.  National Novel Writing Month.  You sit yourself down at the keyboard, scoop up your legal pad, jack in to your hexadecimal cerebral port, and try to get an entire novel done—start to finish—in just thirty days.
And when you finish, you get...
Well, bragging rights, basically.  Pride.  A feeling of accomplishment.
Sounds a bit intimidating, yes?
It sure as hell is.
Don’t get me wrong.  It can be fun, recharge your batteries, stoke the fires, and lots of other clever aphorisms.  But the simple truth is, it’s a huge, exhausting undertaking.  I do this full time, for a living, and the idea of writing an entire book in thirty days makes me feel a bit overwhelmed just thinking about it.
So here’s four quick thing to keep in mind so you don’t get as intimidated or overwhelmed.

1) Don’t be Hard on Yourself—this is supposed to be fun.  You’re on a deadline, yes, but it’s a self-imposed deadline with no consequences if it’s missed.  Seriously, relax.  Don’t beat yourself up if you don’t make your daily or weekly word count.  That’s the kind of thing that makes you feel bad about yourself and about your ability as a writer.  It doesn’t help anything, it just makes you enjoy the act of  writing less.
Push yourself, but don’t pressure yourself.  The big goal here is to improve, so any and every improvement counts.  Have fun and enjoy all the little victories this month.  This is a time when coming in second or third is still a great achievement.

2) Pace Yourself—nobody wins a marathon by sprinting the entire way.  Trying to fill every single waking moment with writing is going to burn you out quick.  And it’ll show in your work.
Try to be aware of diminishing returns.  A lot of times when I’m on a deadline, I’ll work late into the night.  Sometimes it goes great, but sometimes... I start to slow down.  My productivity drops.  And eventually it hits a point where I would’ve been better off going to bed two hours ago because I would’ve gotten just as much done in half an hour on a good night’s sleep.
It’s so friggin’ simplistic, but think of the Tortoise and the Hare. Slow and steady gets the worm and the second mouse gets the cheese.  Something like that.  You get the idea.

3) Rest and recharge—if the last two pieces of advice got together and had an advice baby, it would be this.  Don’t be scared to step away, just for a little while.  Have a nice meal and maybe a drink.  Go for a walk.  Take a nap.  Take a shower.  No, seriously, take a shower.  You should probably do that before going out—you’ve been sitting there for days typing and you’ve got writer stink on you.  Play a game.  Call a friend.  Curl up with somebody on the couch and watch an episode of Legends of Tomorrow or The Chilling Adventures of Sabrina or something. 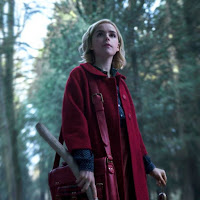 Point is, don’t feel bad about stepping away from the computer for an hour.  You’re trying to get a lot done, yeah, but with that in mind you don’t want to overwork the machine to the point it overheats and seizes up.  Give it time to cool down and refuel.  I’m not saying take a day or three off in the middle of this, but don’t be scared to get up, stretch, and walk away from your computer for an hour.  In the end, it’ll run smoother and faster overall.

4) This Won’t Sell—no, seriously.  It’s won’t.  Kick that idea right out of your mind and stop worrying about it altogether.  It’s just not going to happen.  You’re worrying about your wedding venue and playlist when you’re not even dating anybody right now.
The name NaNoWriMo is kinda deceptive, because you’re not really writing a novel this month.  You’re writing the first draft of a novel.  Maybe even just the first draft of a novella.  And there’s a huge difference between a first draft and a polished, completed manuscript.
Most importantly... nobody’s going to buy a first draft.  No agent’s going to look at it.  No film studio will pre-emptively buy the rights after a prolonged bidding war.
This draft is for you.  It’s to do whatever you want with.  Don’t spend a second second-guessing what those other people will want.  They’re never going to see this.  They may see the third or fourth draft—and be interested in it—but what you’re doing right now?  This is just a mess of cake batter.  It’s barely halfway through the process.
So forget them.  Right now, just crank up the music and let your imagination run wild.  Do whatever you want.  Tell your story.  Drop all inhibitions and expectations and just write.

Keep these things in mind over the next couple days.  Hopefully they’ll make things a little easier for you. Which’ll make the writing a little more enjoyable.
Next time...
Well, it’s been a while, so I figured we could talk about characters.  Or, to be more exact, who deserves to be a character in my story.
Until then... go write.