The Man With No Name

So very sorry for the long delay.  You’ve all been very patient.  Like, eligible-for-sainthood patient.
I could make a bunch of excuses but, well... I’m probably going to bombard you with self-promotional stuff next year.  Let’s just put it that way.
Sorry. 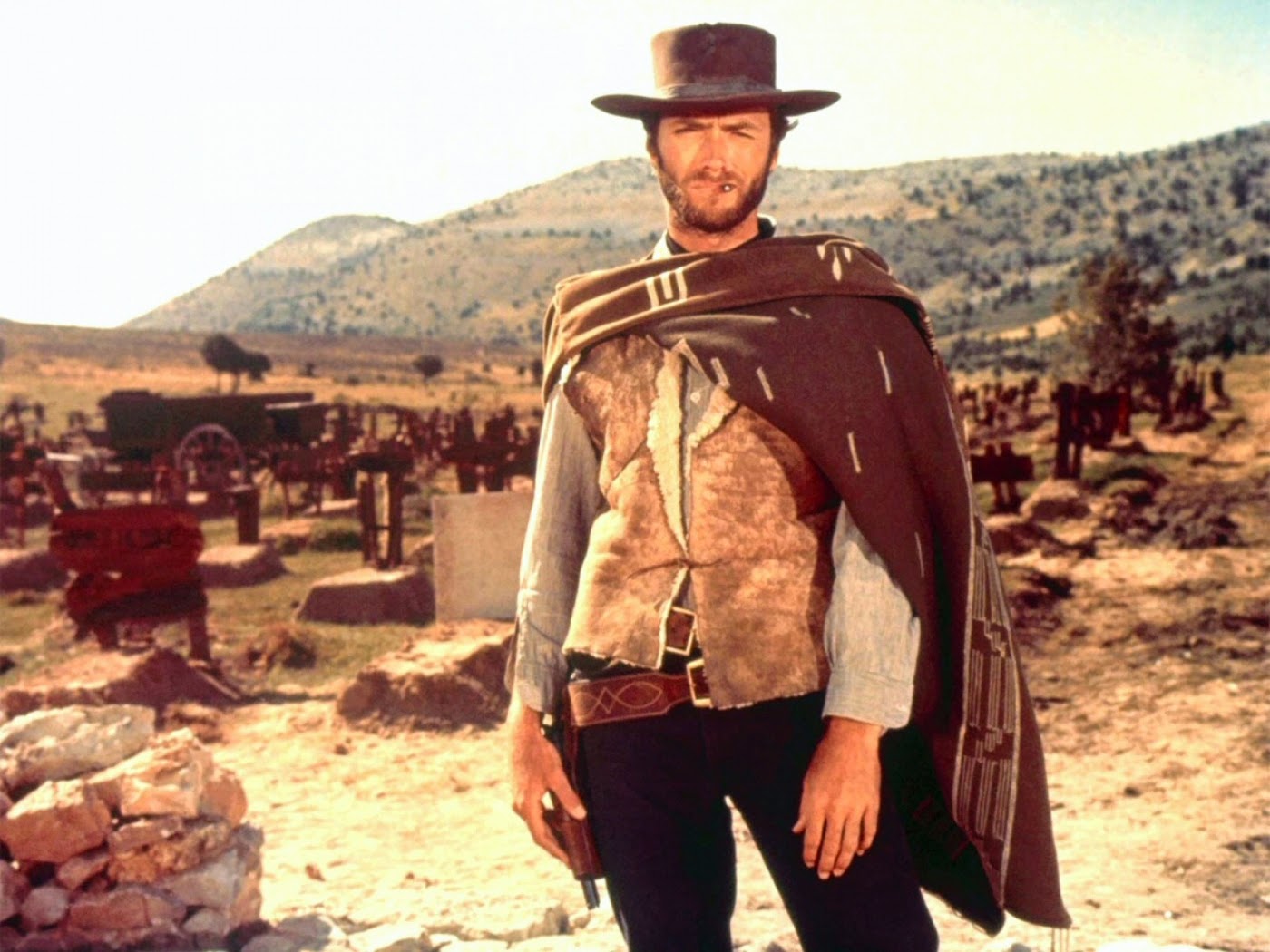 Anyway... let’s talk about that title.  Pop culture reference from fifty years ago.  In the hit western A Fistful of Dollars (also known as “that old western they’re watching in Back to the Future II”) and its sequels, Clint Eastwood’s character is never named.  Never.
Why do I mention this?
Let me go over a few things first.
There are three types of characters in any story.  You may have heard a bunch of different literary terms for them, but for our purposes I’m going to break them down to main characters, supporting characters, and background characters.  Every character in my story can fit under one of these three umbrellas.  Or in one of these classes, if you prefer.
My main characters are my heroes, and sometimes my villains, too.  These are the people making things happen in my story, and the ones my narrative will spend most of its time with.  If someone makes a movie out of my book or screenplay, the main characters are going to be the ones on the poster.  There could be six or seven main characters in a good-sized ensemble, but it starts getting hard to balance (or juggle) things when it goes much higher than that.  Not saying it’s impossible, but if my story has fourteen main characters, I might want to rethink some things.
The supporting characters are the ones around my main characters, usually offering some kind of support (surprise) in either a physical or emotional way.  They appear and disappear from the story as they’re needed.  We don’t focus on them as much because they’re secondary in the story.  They help out, in a variety of ways, but they aren’t the ones who save the day or stop the bad guy.
Finally, we have the background characters.  They’re just what they sound like.  These are the window dressing people.  The ones who fill tables at a restaurant, bring drinks to our heroes, and stand at the bus stop outside so they can be obstacles when said heroes come racing out at high speed.  In the film industry, they’re actually called “background” or just “extras” (and sometimes less flattering terms depending on who’s listening).  Background characters rarely get more than a line or two of description, and it’s almost always physical.  More than that’s a bad precedent, because I’m setting up the reader to think they’re more important than they are.  When my story’s focusing on the flight attendant, I don’t need tons of history and  psychological background about the rude woman in seat 4C.
Now, before we get back to Clint Eastwood, let me mention something else that’s come up here once or thrice before.  Names.  Names are important for characters, because a name is great shorthand to my readers for how relevant a character’s going to be to my story.  If I introduce a character with a name, there’s a good chance they’re going to matter so the reader should pay attention to them.

(I mean, I’m not just going to name some random guy over at table three in the diner, right?   Can you imagine how much Guardians of the Galaxy would’ve dragged if it started by naming every single person in the hospital room with Peter Quill’s mom?  Or all of the prisoners and guards in the Kyln?  That’d just get silly and confusing, and there’d be no point to it...)
So, what am I getting at?
I need to keep track of what class of characters I’m writing about and balance things accordingly.  It’s hard for me to say Bob is one of my main characters if the bus driver gets more description than he does.  If everyone in my script is named, how’s the reader supposed to keep track of the important people?
A while back I mentioned Theresa Cano, a character in early drafts of my many-times-rightfully-rejected novel The Suffering Map.  Except Theresa wasn’t even a character.  She was a rich and detailed transitional device that filled two pages.  When I cut her out (in the fourth or fifth draft, if memory serves) it didn’t change a single thing in the story.
So, really, she was a two page distraction that broke the flow.
In A Fistful of Dollars there’s so much focus on the main character that he doesn’t even need a name.  And it’s not like this complicates things  He’s almost always present  and people rarely use names when they talk to each other.  Cormac McCarthy does the same thing in his novel The Road.  We never learn the father’s name or the son’s.  Same with Ryan Gosling’s character in Drive.  We’re more than halfway through Fight Club before it’s pointed out that Ed Norton’s character has never been named.  Heck, Boba Fett’s name is never spoken in the Star Wars movies until about twenty seconds before he’s knocked to his doom in the third movie.

Speaking of Star Wars... one of the biggest complaints about all the Special Editions and additional canon is how overcomplicated it’s made things.  The folks at Kenner and LucasArts were looking for more marketable material, but rather than making new things they just inflated what was there.  Think of that famous cantina scene with the band and the alien trying to rough up Luke.  Did you know the band has a name?  All the individual musicians do, actually.  So does the alien smacking Luke around (he’s called Ponda Baba).  And the bartender.  In fact, pretty much every single alien in that scene now has a proper name and a race and a back story.
Good thing none of it’s actually in the movie.
When I’m writing, I have to know what’s relevant.  I shouldn’t make extended detours to cover irrelevant characters because a detour, by definition, is off the path.  It’s breaking the flow.  People can argue about art or style or literature all they want, but if my heroine runs into the drugstore for first aid supplies after a vampire attack and I spend the next seven paragraphs talking about the twenty-two year old failed football jock who’s running the night shift register because he tore a ligament in his junior year of college and had nothing to fall back on when he didn’t go pro, and how he got his name from his grandfather and it caused a huge argument between his dad and his mom when he was little which was what drove him to be a super-successful athlete and why the torn ligament was such a dream-killer... wait, why was my heroine coming in here?  Does she know this guy?   Is he secretly a vampire hunter (doubtful, since we just heard his whole history)?  Is he the love interest?  Is he a potential—no, never mind.  Our heroine just ran back out to get on with the story.
Once I start breaking the flow—going off the path—I risk losing my reader.  I need to stay focused on my main characters and the actions they’re taking, with some help from the supporting characters now and then.  The background characters, by and large, should stay in the background, with maybe an odd line of dialogue or description now and then--giving them a name and a page of description isn't going to add anything because they're not supposed to add anything.  And if I really feel compelled to put the best man in every scene of my wedding story, then maybe I need to rethink who the main characters are and restructure things accordingly.
Because if I’m not sure where my characters belong in my story... well, who will be?
And there you have it.  Clint Eastwood.  Hope it was worth the wait.
Next time...
Y’know what?  This is so ridiculously late, and it’s a holiday week, so in a day or two I might revisit the idea of how to horrify people.
Until then, go write.