My Thoughts On Criticism

I am running soooo far behind.  Very, very sorry.  It turns out my new book is going to get a hardcover release which is making me feel even more pressure than normal and I’ve been freezing up a bit.  Plus I was out at the Books in the Basin festival last weekend (which, granted, was a lot of fun).  And my editor and I just did another back and forth over the manuscript.
So, alas, still no Clint Eastwood.  But it’s coming.  Next week for sure.  And it’s going to be fantastic.
For now, just so I don’t keep falling behind, I wanted to offer a few of my thoughts on criticism.
I’ve mentioned a few times how important it is to get good feedback from people, so here’s a nice simple rule of thumb about criticism.  If I have to include myself in the critique, there’s a semi-decent chance it’s not valid criticism.  If I’m giving you feedback for something, and my notes have an abundance of statements that begin like this-- 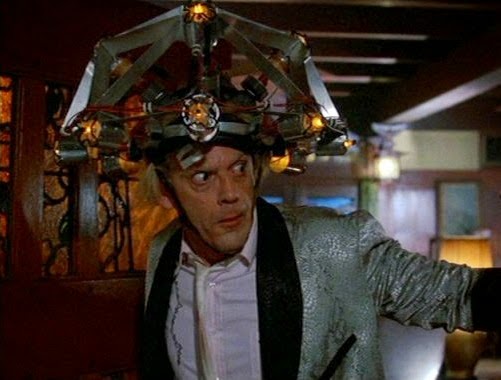 --or with some similar (or more emphatic) phrasing, my critique probably isn’t that objective.  I’m not offering advice based on facts or rules, just off my own opinion.  And while opinion has a place in criticism, it’s also something that needs to be weighed and ignored sometimes.
My editor just sent me back a 540 page document (okay, really 270 because I crushed it to single space for efficiency) with all his notes and comments on it.  I think this is our third pass back and forth, but there are still a couple things we’ve been wrestling with on our respective sides.  I’d say there’s probably about thirty-five or forty solid comments throughout the whole manuscript (plus some quick corrections on the odd typo or tweaked descriptor).
Out of all these, maybe four or five of them use “I think” or “I feel.”  Maybe ten percent of his feedback.  There are a few places he’s telling me how he feels about things, but for the most part he’s pointing out things that need to be adjusted, and giving me reasons why when it might not be clear.  Very little of his notes are opinions.
And again, that’s not to say opinions are bad.  But opinions are subjective.  They’re “soft” criticism, not as useful because they revolve around a single reader.
So be clear about the criticism you’re getting.  And giving.
Next time, I absolutely swear, Clint Eastwood.
Until then, go write.