Oh, hey, it’s Thursday again.
A few weeks back I asked for possible topic ideas and somebody mentioned outlines.  It’s a good topic, and a good time for it since I’m early into a new book.
Fair warning up front.  This whole post is very much going to follow the golden rule.  Outlining is an intensely personal process, and it changes from author to author and even from project to project.  Figuring out what works best for me (or you) might take four or five or twenty attempts.
Hey, nobody said this was going to be quick and easy.
Nobody who knew what they were talking about, anyway...

Outlines are tricky things.  Depending on who you ask, they’re the most important part of the process or a complete waste of time.  They just need to be a few rough lines of notes or pages and pages of meticulously planned out beats.  They can make things incredibly restrictive or let me spit out pages without a moment of hesitation.
As I mentioned above, I think outlines are incredibly personal.  I’ve talked once or thrice before about how everyone has their own method when it comes to storytelling.  Maybe outlines are part of that method.  Maybe they’re not.
A good analogy—one that’s going to come up a lot here—is travel plans.  There are lots of different ways to travel.  Some of them might make perfect sense to you.  Some of them might be terrifying.  Again, it’s all about what works for you.
So let me blab about how outlines fit into my method a bit.
Or how they’ve fit over time.
First, there’s a pair of terms you may have heard before—plotters and pantsers. It’s (supposedly) the two big groups writers can get divided into.  Plotters are the folks who plan everything out in advance.  Pantsers make it up as they go along—by the seat of their pants.  Get it?  Hahaa, funny stuff.
This is pretty simplistic, though, and I’ve had a couple discussions with other writers about the problems with such basic classifications. 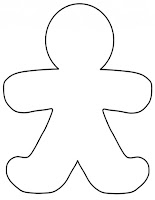 I started out as a pantser.  I’d sit down at the keyboard and just type and type and type.  New characters, plot points, subplots... the book just went where it went, y’know.  This was how a lizard man from the center of the Earth ended up finding a crystal cave and wielding Excalibur.  Yes, that Excalibur.
Granted, I hadn’t even hit puberty yet.  But even after I did, most of my attempts at writing were usually just me coming up with one clever idea, starting at a point that I knew would take me straight to that idea, and filling in the rest as I went along.
And there’s nothing really wrong with that method.  It’s kinda like grabbing that special someone, throwing some clothes in a bag, and just going.  Pick a direction and drive.  Choose a flight at the airport.  Just go and see where you end up.
I still remember when I made the next big leap in my sophomore year of college.  A lunch conversation with a woman I was dating sparked an idea for a story about an immortal wandering the world.  Which sparked the story of another immortal.  Which implied a third.  And suddenly I realized this would be the beginning of a really cool book.
A week or so later, in the midst of writing all this down, it struck me that I had no idea what this book would actually be about.  I knew the characters, had cool origin stories for them, but past that...
So, for the first time, I sat down and figured out—in advance—more or less how this story was going to end.  I came up with a pretty solid idea what actions the heroes and villains would be taking on the final page.  Who was going to win.  Who was going to lose.  Even a clever denouement.  And I knew it was a denouement because I’d just learned that term a few weeks earlier. 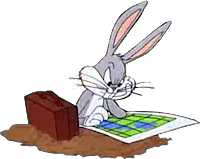 This is the slightly more planned trip, if we want to keep using that analogy.  Also in college, one of my best friends and I talked about driving cross-country after graduation.  We knew we wanted to end in , but past that...  The rough plan was just grab clothes, maybe cameras, and go west.  Probably in her car, which was much more suited to a roadtrip than mine.  We knew eventually we’d hit and the Pacific and who knows what along the way.
We never ended up going.
Anyway... time passes.
My next big outlining leap was kind of a bookkeeping thing.  I tended to scribble out five or six key plot points, but kept most of the story in my head.  Even with big, novel-sized projects.  When I decided I really wanted to start taking this seriously, one thing I started doing was writing everything down.  Every plot point, every idea, every snippet of action or page of dialogue.  When I finally sat down to write, I’d already have five or six pages of jumbled... stuff.  I might spend an afternoon putting it into a rough order and then—done.  Outline.
If we want to stick with our road trip analogy, this is when we know we’re taking the southern route across the on our way to .  We’re also going to be stopping in and .  A pretty good idea of direction with a few markers along the way.
Again, perfectly acceptable method.   Fine way to do things.  The first four books I sold (sold for actual money) were all written that way.  My book -14- had a little over eight pages of notes, and that included two and a half pages of character sketches.
It was right around this time that I ended up with Crown Publishing (a division of Random House) and became a writer with a contract.  I mean, I’d had contracts before, but this was the first time the contract came first.  Everything I’d done up until this point had essentially been on spec, me writing the book at whatever pace I wanted and then hammering out a deal afterwards.

What I was really dealing with now was a schedule.  A timetable of when things had to be done.  This wasn’t just about me anymore.  People had given me large advances based on the idea I could stick to these schedules.
My first contract with Crown was rough.  Exciting, but rough.  I ignored a lot because holy crap I was a Random House author now!!!
My second contract...
I’ve got to be honest, the second one was brutal.  I’m still kinda aching from it.  Aching in that “Maybe I shouldn’t’ve asked Conor McGregor if he wanted to step outside” way.  It was about two years of near-constant stress trying to get through three books, start to finish.
And to be very clear—it wasn’t about them.  Despite what you may hear on some sites, the folks at Crown weren’t evil taskmasters or uncaring overlords or anything like that.  Hell, my editor gave me extra time whenever I even hinted at needing it.  he wanted the best book they could get.  Of course, extra time on book one meant I was getting into book two later, so I’d have less time for that...  But still, that was all me.  He was fantastic and accommodating pretty much every time an issue came up.  Everyone there was.  So don’t even think of using this as evidence of how “mean and demanding” traditional publishers can be.  It was absolutely, 100% nothing of the sort.
No, all that stress was on me.  My ambling, feeling-things-out-as-I-go method of writing was fine when I could go at my own pace.  But now I was on a schedule.  Those spaces in the outline where I still needed to figure things out had to be a lot smaller, because I just didn’t have time for them.
So—with some gentle prodding from my agent—I started doing larger outlines.  Now I actually figured out the majority of the story points and plot beats and character arcs in advance.  All the twists.  I had to have an ending—an entire ending—mapped out.
If we want to fall back on travel plans, this is when you’re going past “plans” and into more of an itinerary.  Things are mapped out hour-to-hour now.  Most notably, when you’re done traveling.  I just had that trip to last weekend and honestly... having a full itinerary set up for me was kind of comforting.  Of course, my mom tried doing a family trip like this for us when I was twelve and it was... well, a bit less than fun.

My first couple outlines like this were just shy of twenty pages.  And really, that’s nothing.  The book I’m working on right now has a forty-two page outline.  I’ve got the next book about 2/3 plotted and it’s already close to thirty.
Want to hear impressive?  Back when I was doing a lot of screenwriting interviews, I talked with  Tony Gilroy about his script for Duplicity.  He had, by his guess, a sixty page outline.  For what would eventually be a120-130 page screenplay.  He had the whole thing nailed down.
And to be clear, this took time.  Lots of time.  It flexes different mental muscles to be examining the story in a much more clinical way.  And twice I had to junk half my work and start again.  A week or so of work—gone.
I spent about three months last year working on a handful of outlines (one of which I may never do anything with, after all that hammering and rewriting)
To be honest... I’m still not entirely sure I could say outlining saves time.  It may cut four or five weeks off the writing time, but if I spent four or five weeks working on the outline... well, it all just balances out, doesn’t it?
I guess we’ll have to revisit this six or seven months from now.
Again, please don’t take this as me saying you have to use this last method if you want to be a successful writer.  There are no such guarantees and  it’s all going to vary from person to person.  Like I just said, I’m still not 100% sure it’s going to help me be  successful.  You may try a few of these versions before you figure out which one works for you.  Or you may find a different one altogether.
So think about the path you want to take.
Next time... I’d like to talk about why this is all happening.  To be more exact, why it’s all happening right now.
Until then, go write.