I Win. I Always Win.

Minor pop-culture reference for those of you who are good with movie quotes.  And if you are, you’ll see the conflict with today’s little rant...

Also, a shameless plug.  My book 14 was chosen as best sci-fi novel of the year by Audible.com, and the publisher’s got the Kindle version on sale right now for just $2.99.  Please check it out and then come back to tell me I’m a talentless hack.
Speaking of which...
This is going to be one of those divisive posts, but I think it fits the nature of what I try to do here.  This is one of those perhaps painfully obvious tips a writer needs to follow if they want any measure of success.  And when I say “success” I refer to the age-old definitions of selling your stuff and making money.
If you want that kind of success, your hero has to win.
I’m using hero in the gender-blind sense.  If it makes you feel better, feel free to substitute in heroine or protagonist.  I’m not against any of these terms or the characters they attach to, I just think hero is short, quick, and to the point.
And the hero wins.
Pretty much always.
A couple spoilers coming up, too.  Nature of the beast for this kind of rant, sorry.  You may want to stop here if you’re way behind in your required reading or viewing.
Anyway... 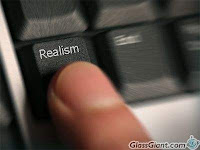 There’s a belief in some circles that having the hero of the story fail and die somehow improves the story.  This usually ties back to the twin ideas of art and realism which... well, which I mock here on a regular basis.  It’s the belief that inserting something random and depressing into my story is more “honest” because life is often random and depressing.
And as we all know, art imitates life.  Therefore, if I’m imitating life, I must be making art, right?  That’s just simple math.
Right?
As I’ve mentioned once or thrice before, this ending sucks.  It sucks because we all inherently know the hero is supposed to win.  The hero is supposed to win because we identify with the hero.  If the hero loses, it means we lost.  We’re losers.
Believe it or not, this sort of statement doesn’t go over well with most people.
Now, before people start scribbling the angry comments (although I’m sure at least one person already has), let me finish.  I’m not saying that every book has to end with happy smiles and people rolling around on piles of money in their new castle.  My hero does not need to defeat the lizard men ninjas, save the world, and end up with nymphomaniac/ heiress Reiko Aylesworth in a flying car.
Keep in mind, the hero doesn’t necessarily need to enjoy winning.  I just said they need to win.  They may be crippled or scarred—physically, emotionally, or both.  If the hero ends up wounded or broken after all they’ve done, really that just makes us identify with them a little more, doesn’t it?  I know if I had to fight a dozen terrorists in the Nakatomi Building in my bare feet, I’d get the crap kicked out of me.
But I’d still win, of course...

Heck, it may only be a moral or spiritual victory.  Atticus Finch loses his court case in To Kill A Mockingbird.  At the end of Rocky, our title hero’s battered, bruised, and can barely stand.  And Rocky loses the fight.  The refs rule for Apollo Creed.
And yet, we all understand that he’s won in the way that really matters.  He's proven he's not a loser.  He's shown that he can go the distance.
The hero doesn’t even need to survive the story.  There are plenty of characters in books and film who didn’t live to enjoy their victories.  Let me give a few quick examples...
If you’ve seen The Professional, you know the end is a fiery bloodbath.  Only one person walks away, and it definitely isn’t Leon.  Stephen King has killed off his heroes in The Dead Zone, The Stand, IT, Desperation, and more.  Reese dies at the end of Terminator, and when Arnold plays a good Terminator in the next two movies he always gets destroyed.  J.K. Rowling has a lot of bodies at her feet by the end of the Harry Potter series, enough so that she almost seems as kill-happy as Joss Whedon, and he’s just legendary for killing his heroes in brutal ways—in comics, television, and film.
And yet, in all of these examples, the hero wins.  No question about it.  Anyone who’s read or seen any of these stories will tell you the good guys won and the bad guys lost.
So if I’m going to kill off my hero or if my plot resolves with a massive failure... maybe it’s worth rethinking that.
Especially if I want to win.
Next time, I’d like to discuss a common writing problem and the wisdom of Obi-Wan Kenobi.
Until then, go write.