Why Are We Here?

I don’t mean that in some vague, metaphysical sense.  It’s pretty straightforward.  Why are you looking at this web page?  What are you hoping to find here?

Let me make it easier.  Let me explain why I keep posting here.
No, there isn’t time to explain.  I will sum up.
(bonus points if you get that one)
Two little stories.  Tale the first. 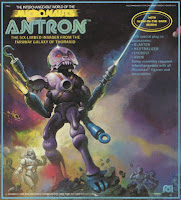 I’ve wanted to tell stories as far back as I could remember.  I was setting up my Star Wars figures and Micronauts in little tableaus when I was in grade school.  By middle school I’d found my mom’s old electric Smith-Corona (complete with vinyl dust cover) in the back of the closet and I was sending clumsy “submissions” to Jim Shooter at Marvel Comics.  And by high school, well, by then my rejection collection was getting pretty thick.
It’s gotten thicker since then, believe me.
Tale the second.
Not too many months back I stumbled across a link to a published author’s new blog.  He was about at the same level as me—years of trying to get in and finally had a few sales under his belt.  Two of them to a very big, respectable publisher.  Said author, much like myself, wanted to offer some tips for new writers who were just starting out.  However, unlike me, this fellow didn’t want to talk about how to improve your writing. He was going to offer tips on networking, promotion, blog tours, and so on.
Of course, looking over his first four posts, there was one point he kept hammering home.  The best way to sell your writing is to have good writing.  The best way to spread word of mouth about your writing is to be an excellent writer.  This could not be stressed enough.  All the clever gimmicks and sales tricks and blog tours weren’t going to help in the slightest if you didn’t have something people wanted to read.
But he wasn’t going to talk about that on his blog.  He was going to talk about clever gimmicks and sales tricks and blog tours.
That’s kind of what got me started on this whole thing years ago.  At the time, I was seeing tons of articles and websites about the tricks and gimmicks, but very few about the actual craft of writing.  And, yes, I do feel pretentious talking about “craft” when I write books about superheroes fighting zombies.
Anyway, I’d say a good sixty or seventy percent of the material I saw was tips on what to do after you’d written something.  How to get reps, how to get your books in stores, that sort of thing.  Which always seemed a little cart-before-the-horse, as people used to say in the pre-Segway world.  Perhaps even worse, a large percentage of the remaining material—the stuff that actually talked about writing-- spoke about it in terms of absolutes and set down hard rules that didn’t seem to come from any sort of actual experience.  It was just people parroting some rule about storytelling they’d heard somewhere as if it were a quantifiable, scientifically-proven fact.  In some cases, as far as I could tell, these people had just made up their rules out of the blue.
And a few of these folks were asking for money.

At the time I was sitting on this half-assed Blogspot site.  I’d pulled a loosely Egyptian-themed name from the back of my head (Thoth was the god of writing), a title that I put even less thought into (seriously, check out how many “Writer on Writing” blogs and columns there are out there), and used the space to post a few spec columns I’d created for a magazine I was working for.  They’d been rejected (twice) so I’d thrown them up here as... honestly, I don’t know.  Just so it felt like I’d done something with them.  I thought they were fairly well written and made some good points—I didn’t want them to languish on my computer.  Maybe in the tiny, limited space that was the internet somebody would stumble across them and find them useful.
Bonus fact.  It was maybe a year after I started posting here more-or-less full time that somebody pointed out Thoth-Amon was also the evil sorcerer in the Conan books and comics.  Completely slipped my mind when I picked this site.
Anyway, as I worked my way further and further into the life of a full-time writer, I got exposed to more and more people’s work.  I read scripts for a couple different contests and got a bunch of exposure to it (reading 400+ pages a day will do that to you).  And one thing that amazed me was I kept seeing the same basic mistakes.  Often to headache-inducing levels.
A large number of aspiring writers fall into one of two camps.  Some of them think writing and storytelling are mechanical, quantifiable processes that can be broken down to A1-B2-C3.  These are the folks who will quote the MLA Handbook to explain why their novel deserves to be published and use Syd Field as proof their screenplay is perfect.  The other group think rules are for old-school losers who don’t get that spelling, formatting, and structure just hamper the creative process and will get overlooked when people see the inherent art in the writing.
Both groups are usually wrong, for the record.
Note that I said “usually.”  Most folks think it’s all-or-nothing.  You have to be on one extreme or another.  The truth is that it’s more of a middle ground.
Y'see, Timmy, there are things that are absolutely “right and wrong” in writing. I have to know how to spell (me—not my spellchecker).  I have to understand the basics of grammar.  If I’m writing a script, I’ve got to know the current accepted format.  A writer can’t ignore any of these requirements, because these are things you can get wrong and you will be judged on them.
On the other hand, there is no “right” way to start your writing day or to develop a character, only the way that’s right for me and my story.  Or you and your story.  Or her and her story.  If you ask twenty different writers about their method, you're going to get twenty different answers.  And all of these answers are valid, because each of these methods work for that writer.  But that doesn’t mean I can ignore every convention or rule I don’t like.
And that’s what I’m doing here.  Prattling on about some of the hard rules and general suggestions I discovered during thirty-odd years of learning how to be a writer, along with some of my own I've developed after trying to write a hundred or so short stories, scripts, and novels.  It's stuff I think might be helpful if you're actually serious about writing for a living.
And I'm going under the general assumption that if you've slogged through all this, you've got at least a basic grasp of this writing thing and are hoping to go further with it.  Perhaps even make a few dollars with it.  And if any of you have a specific question or topic you’d like me to prattle on about, let me know.
Next time, speaking of right and wrong, we return to one of my favorite topics—spilling!
Until then, go write.