A week or so back on Twitter I was asked to comment on a question that needed a little more response than 280 characters allowed. I tried to give a quick, simple answer, but it gnawed at me for a bit, ‘cause I’ve seen this question many times before (from several angles), and it always feels like the answers it gets are very simplified. So a few days later I added it to my list of topics for here.

"Anyone know whether publishers will pick up a book that's
already been self-published for a new edition?"

Like so many things in this industry, this is one of those questions that sounds really simple, but there’s actually a lot more to it. I think this is really a few questions that've been Voltroned together and then demanding a single, comprehensive answer. Which is why the answers it gets tend to always feel a bit over-simplified and off. To me, anyway.

For example, even if we’re just asking how many self-pubbed books get picked up by traditional presses, this is a loaded question. Because most people don’t consider smaller traditional presses in that—they’re really just interested in the big ones. And small presses are, generally speaking, more open to picking up a formerly self-pubbed book. So viewing things this way already skews my answer. 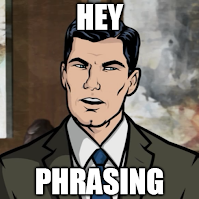 Plus, it depends on just how we’re phrasing things—slightly different questions can get very different answers. If I’m asking how many Big Five books started off a self published works... the odds aren’t horrible. I mean, just personally, I know enough people it’s happened to, and I have a good enough sense of how many books get published, so I feel comfortable saying yeah, there’s passable odds it can happen. It’s not exactly common, but I’d be willing to bet out of the thousands of books the big presses put out each year, more than a couple were previously self-published. And, as I just said, the odds get even better if we bring in smaller presses.

However... if my question is what are the odds of a self published book getting picked up by a big traditional press... well, those numbers plummet. Because now we’re talking about hundreds of thousands, possibly millions of self published books each year and (as I said above) maaaaybe a dozen of them get picked up. So I can end up with a very different picture of things depending on what I ask. And, to be honest, how people want to answer. There’s a lot of wiggle room here to make the answers fit what somebody wants to believe. Or wants you to believe.

All that in mind... why don’t we try to break this Voltron-question down into its three (or maybe four) component lion-questions and answer each of those.

First off is the big one. Is my book something a traditional publisher would even want? Let’s be honest—anything can be self-published. Absolutely anything. The most illiterate, nonsensical garbage can be self-published. So right off the bat, I need to have actually written a good book. Something a publisher might’ve picked up if they’d originally seen it. Something with a very solid structure, good characters, and strong dialogue. In this aspect, it’s just like any other book they’d be looking at, and they’re probably going to have much higher standards than... well KDP.

Not only that, but odds are they’re going to be looking at my actual self-published book. I mean, I’m now a small press trying to convince a big press to take on one of my titles, so is it shocking to think they might look at it? Is it edited and copyedited? Does it have a nice layout? Awful as it sounds, does it have a halfway decent cover? They’re not going to judge on any one of these things, but they’re all going to have a degree of influence. I’m asking them to pick up this book, and if it looks like a crap book... well, they’re going to notice that.

Second is the money side of things. Is it worth it for a traditional publisher to pick up my book and republish it? Again, one aspect of this is going to be like any other book—is this the kind of thing the publisher usually sells? Not a lot of historical romances coming out of Tor, and Ballantine isn’t picking up a ton of splatterpunk. And even if I’ve written a straight sci-fi book, is it so sub-sub-niche that Tor might only sell a few hundred copies altogether?

That’s actually a good place to bring up a sort of second-and-a-half point. There’s also some math at work here. See, if my self-published book’s only sold sixty or seventy copies, it means it’s not getting any interest or word of mouth... which means it’s probably not worth it for a big press to republish it. But if the book’s sold too many copies, that means I’ve actually eaten into the potential audience. Every book realistically is only going to sell so many copies, so if all the market research says my book might appeal to an audience of ten thousand and I’m telling them it’s already sold eight thousand self published... that also means it's probably not worth it to them to pick it up.

Also (what are we up to, my second and three-quarters point?) right now, as I’m writing this and you’re reading it—okay, maybe not as you’re reading it, depending—publishers are actually having meetings about what’s going to be on sale for Christmas 2022 and even talking a bit about spring of 2023. Seriously. They’re working that far ahead. Which means, on a lot of levels, they’re not as interested in what’s going on right now. So I might think this is a fantastic time for my book to go big, but as far as they’re concerned... that time was fifteen months ago.

Third is what am I expecting to get out of this? Mass distribution? Book signing tours? A futon stuffed with twenty dollar bills?  Welllll... remember that math I mentioned above? How much they think they can make off my republished book is going to affect how much they’re going to pay me. I can’t expect to get a huge advance off something that’s been out there selling copies for a year or two now, so if I’m demanding a six or seven figure check out of this... get used to disappointment.

And them paying less money means they need to make less of an effort to recoup that money. So no book tours. Not on their dime, anyway. I’m probably still going to be pushing this a lot myself. It’ll be more available, and it’ll have a little more weight behind it, but I’ll still probably be doing the same level of self-promotion I was doing when it was self-pubbed.

Also worth noting that the days of piecemeal rights deals are pretty much long over. I can’t be thinking I’ll ask the traditional publisher to take over just print and audio rights, but I’ll still get to put out the ebook. Doesn’t matter if it’s my choice or because things are locked up in some previous deal. It’s extremely unlikely someone’s going to accept very limited rights for the book, especially a big publisher. I might be able to make it happen with a smaller press, but even they’re going to be a bit leery about it.

And all that’s kind of a broader answer to “will traditional publishers pick up a book that’s been self published.” There’s lots of ifs and buts in there, and I need to figure out where my book (and where I ) sit with all of them to get a real sense of an answer. And again, that’s just to get us to whether or not it’ll happen. Y’see Timmy, ultimately—like any other publishing venture—my journey of getting a self-published book picked up is going to be different than your journey, and odds are neither of us are going to get a deal like she did.

So... very long answer to a deceptively short question.

Next time, I want to talk about cake.