At this point I’ve blabbed on about my weekend movie/Twitter habits more than a few times. I won’t bore you with them again. Just wanted to say that’s what inspired this week’s blathering.

I’ve mentioned once or twice before that there are some very standard shots in filmmaking. Decades—almost a century, really—of natural selection in the editing bay has established these as the solid basics. The foundation of a visual storytelling language we've all picked up on. Once you know these shots, you’ll spot them again and again and again in every show or movie you watch.

Of course, they’re not the only shots used in filmmaking. Some clever filmmakers figure out how to combine these basics with a push in or some other camera move, making what would be a static shot a little more dynamic at a key moment. Others may skip over one type of shot in a certain scene to heighten tension, or maybe to decrease it. And some figure out how to toss all of those shots and create something new that does the job they need done better than anything else could.

Which brings us, naturally, to cake.

I’ve mentioned growing up poor here once or thrice before. One aspect of this is we didn’t have treats in the house that much when I was a kid (or, y’know, food in general sometimes). So my mom was always looking for ways to save money and cut corners—a lot of stuff we’d call lifehacks today. One she stumbled across one time was a magazine article suggesting (you may have heard this one) mayonnaise in cake recipes instead of eggs and cooking oil. I mean, that’s what mayo is, right? Eggs and oil. My brother and I were highly skeptical and voiced our well-thought-out concerns (“Eeewwwwwwwww!”), but my mom tried it anyway.

Much to everyone’s surprise, it worked fine. The cake looked and tasted like... well, cake. We couldn’t even tell the difference. Granted, my palate was a little less refined back then, but to a generally picky kid who wanted chocolate cake... it was chocolate cake.

Here’s another fun cake story. I’m a big fan of German oatmeal cake. When I (finally) grew out of little kid basic-chocolate love, German oatmeal became my new favorite. And still is. My partner’s made it several times for my birthday, even when we were dirt poor and the whole thing was 99¢ Store mix and frosting. Since then she’s made it from scratch a few times, too.

But... it was never quite right. It wasn’t bad, by any means (and I always ate way more than I should’ve) but something about it didn’t quite line up with how I remembered it as a kid. And then this year she stumbled across a version of the recipe saying to broil the cake for a few minutes once it had been frosted, which would let the frosting melt, sink in, and even caramelize a tiny bit. And it was fantastic. It wasn’t bad before, but this alteration to the recipe made it so much better.

Of course, we all understand that these aren’t random choices. There’s a reason that mayo substitution trick works, but we couldn’t do the same thing with any condiment and expect the same results. Horseradish mustard in cake mix? I feel safe saying it’s not going to be all that tasty. Likewise, there’s a big difference between tweaking the recipe to broil the cake as opposed to, say, grilling it over an open flame. We definitely won’t get the same results.

And just because these results worked in cake doesn’t mean they’ll work anywhere else. This mayonnaise-for-eggs trick isn’t going to work if I’m trying to make an omelet. Definitely won’t work for steak tartar. Heck, I might not even be able to make it work in pancakes and they’re pretty close to being... well, cake.

Also worth noting.. the mayo cake wasn’t really any better. It wasn’t suddenly the best cake I’d ever had. As I mentioned, one of my few solid memories of this is all of us talking about how you couldn’t notice the difference at all. It just tasted like... cake. So –barring some weird dietary restrictions—it’s not really worth a new recipe. It’s just a good trick to remember if I happen to run out of eggs.

I’ve used cooking a few times before as a metaphor for writing, so hopefully at this point you’ve got a vague sense where I’m going with this.

There’s nothing wrong with trying new and different things. Really, it’s what we’re all trying to do, right? To find a new way of telling an old story, or a completely unexpected way to tell a new story. To solve those storytelling problems in a way nobody’s ever solved them before.

But the key point here is I want my new and different solutions to be better than the standard way of solving these problems. If I figure out a way to do something in my story—a trick with the structure, maybe a clever way of phrasing things, perhaps a very cool way to have a big reveal—and it works so much better than the standard way of doing it... I mean, that’s fantastic. I’ve improved on the original recipe, so to speak, and my end result is even better because of it

If I decide to do things in a new way and it works just the same as the old way, no better no worse, well... personally, I’m a little torn. I mean, it’s not like my new idea’s failing in any way, as far as the story itself is concerned. But I think—and this might just be me—that it’s distracting. Now I’m doing something different and there’s no real point to it except... to be different. I’m doing it just to do it, not to actually make the story better. And that seems—to me, anyway—like I’m trying to draw attention to myself (the author) rather than to my story. 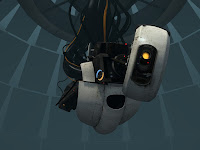 And if my new way of doing things works worse than the old way... well, why would I do that? Why would I want a structure that makes the story much harder to follow? Why would I use phrases or formats that knock my readers out of the story? I mean, it’s (sort of) understandable I might be tempted to try chocolate-and-horseradish mustard cake, but hopefully I can be honest with myself about what came out of that oven and just, y’know, destroy it, rather than forcing the members of the culinary school admissions board to each try a slice.

Y’see, Timmy, people talk about how change is good, but there are times this phrase gets used as more of a defense than a reassurance. Yeah, it’s absolutely okay to try to change things and I shouldn’t worry about trying. But something isn’t automatically good just because it’s a change. Sometimes I’m changing things just to change them, and the only thing different about the final work is me yelling “I changed things!” And other times... well, it’s just bad. I’ve done something that didn’t work and didn’t get the response I wanted. I’ve pushed my reader away rather than drawn them in.

And that’s not going to get me any cake.

Next time... I don’t know. If nobody’s got any questions, maybe I’ll talk about spoilers or something.