San Diego Comic-Con was absolutely fantastic this year, in so many ways. It was wonderful meeting some of you in person, and maybe some of you are reading this now because you met me there in person. And if that’s the case... well, I’ll try not to disappoint you

All that said, I wanted to blather on for a few minutes about how you shoot movies.

If you watch a lot of movies, too, you may have noticed most scenes break down into a pretty standard group of shots.  Masters, overs, and coverage is what they’re called.  Masters are those big wide shots where we see everything and get a sense of where everybody’s standing. Overs are that shot where we’re looking at one character, but another is still prominent in the foreground, like we’re seeing over their shoulder (get it?). Coverage is the close shot, just somebody’s head and shoulders—or maybe even tighter—as they speak or react to things.

And there’s a reason these shots are so popular and common.  Masters help establish the scene and the dynamics between characters. Overs help us see the connection between them.  And coverage lets us get close and feel the reactions and emotion.


How I cut these scenes together can tell me something, too.  Maybe this scene is so intimate that it’s mostly coverage.  Or maybe it’s still early on and we don’t need that  tension close proximity brings yet, so there isn’t any coverage.  Which shots I use and how I put them together says something about the scene.  Again, it’s a film language we’ve all absorbed over the years. 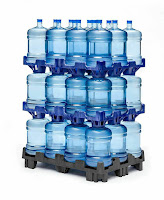 Of course, there are lots of filmmakers that move past this basic framework. Perhaps their master shot involves a dolly move.  Maybe we’re going to push in from the over and turn it into what’s essentially a straight coverage shot, or expand out from an over to reveal the big wide master.  There’s even a special kind of shot called a oner (one- er) where we’ll see the entire scene (or scenes!) in a single, often elaborate shot.  All of these are valid storytelling devices, and I’ve personally been there on set when skilled directors deviate from this basic formula to do some fantastic stuff (ask me about John Paragon’s water bottle warehouse sometime).

The key thing to remember is that, again, master-overage-cover is the standard.  It’s the accepted method of storytelling for filmmakers and the movie audience. This is the foundation we all work from, and our understanding of the story is built on that foundation. 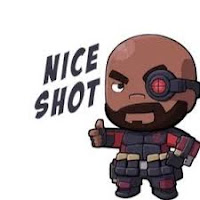 And yet... lots of directors do this. They either never learn how things cut together and shoot way more than they’ll ever need, or they’re so desperate to do something “new” that they waste time with shots that are just... well, unusable.  They’re impossible to cut into the story or just plain irrelevant. If you’ve ever watched a movie and suddenly found yourself thinking “that’s a weird shot,” odds are pretty good you’re watching something where the filmmakers don’t know how to shoot or edit their film.

Anyway, why am I talking about filmmaking? Isn’t this supposed to be a writing blog?  Like, book writing?

Sure it is. But on a lot of levels, storytelling in any format faces the same challenges. What do we tell and how do we tell it?

In a way, books have their standard shots, too. Ways we’ve all come to expect the story will unfold.  My readers expect Friday to follow Thursday.  That characters will sound like real people.  They’re going to assume my antagonists will lose and my hero will, on some level, get a win. 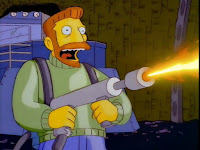 This isn’t to say things won’t go another way, of course. There are always exceptions, and I think it’s fair to say most great writing is built on exceptions. Some people bend the rules or break the rules or set the rules on fire with a flamethrower-armed drone and then launch those rules into a volcano.

Y'see, Timmy, the thing I need to remember is that these deviations have to be better than the norm. I don’t want to be doing things that lessen my story and make it harder for readers to get into. Sometimes, we all get so focused on the small parts, we ignore that bigger picture. I may think having a two page description of the clouds over a building is beautiful and artistic, but does it serve the book as well as a quick description that lets us get back to the story?  Having every chapter in the book told from a different point of view is unquestionably a bold choice, but does it improve anything?  And, yeah, having my main character die moments before achieving the goal they’ve been striving for may be very dark and gritty and tragic... but is it a good ending?

All successful storytellers eventually learn how to sift through the material they’re working with and figure out what bits will work in a given story.  Something might be clever or cool or the hot new storytelling trend that all the cool kids are doing, but the real question I have to answer is whether or not it’s right for what I’m working on.  Because if it isn’t, if I’m just deviating from the basics for the sake of art, well...

There’s a chance my audience may not make that leap with me.

Next time, I’d like to talk about what my story’s about.