Today’s musings got inspired by a couple things. A headline. A few twitter posts from people I know. Some thoughts that’d been bouncing in my head for a while. And a movie I watched last weekend during my usual bout of Saturday geekery... So, let’s take a moment and talk about negative space.

No, not the Negative Zone. That’s another thing entirely. Like, a completely different universe.

You’re probably already familiar with the idea of negative space in art even if the term might not be familiar.  It’s the space around the subject, rather than the subject itself. Negative space is a necessary thing—it helps us isolate and define elements. We need that open, less-defined area for our brains to process things correctly.

Think of this page. There’s open space between the letters and the words, which help us to read. There’s also spaces between the paragraphs. That’s more of a modern web format, sure, but even on a printed page we use indents—more space—to help mark off new paragraphs.

And here’s the interesting thing. We all know the space is there. We register it and process it. It’s blank, but it’s serving a purpose.

There’s also space within storytelling itself. We often leave things blank, so to speak. We don’t always explain everything or describe everything or answer every question. Because we know the reader can do a lot of it for us. They’re going to make their own images in their mind and fill in little details. And we all process it a little differently, which is why we don’t always picture things the same way as everyone else. 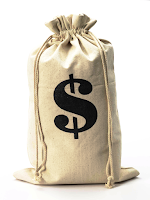 What does blank space in a story look like?  Well I’ll have the famous bank robber ride into town with a big sackful of cash. Wakko might have a scar on the side of his face. Dot could have a necklace she never takes off.

Negative space in a story is all these things, some minor, some major, that I don’t spell out for you. I mean, just off those random sentences, I bet you came up with an explanation for all of those things.  It’s something I don’t need to explain because it’s either not that unusual (lots of people have jewelry they always wear) or because we can figure it out pretty easily (gosh, where do you think Iron Thorpe got that bag of money?).

Now, you may remember I’ve mentioned Academy Award winner Billy Wilder here once or thrice. He had a great little aphorism—if you let the audience add 2 + 2 on their own now and then, they’ll love you for it.  I’m a big believer in this. I think it’s one of the honest, physical joys of reading. Figuring things out—even small, simple, subtextual things—gives us a feeling of satisfaction. It sets off a tiny little squirt of the happy chemicals in our brains, the biochemical reward for doing something right or solving a puzzle. That moment of adding 2+2 together is why we enjoy reading.

So if we’ve got the stuff I’ve explained to you and the stuff you figured out on your own, what parts are you more likely to enjoy? Which ones are going to stick with you? Sam Sykes (professional bear wrestler and author of Seven Blades in Black) has pointed out that when it comes to backstories and mythologies, the parts we figure out on our own are the ones we love. We like parsing out who the bad guy was in that hundred-year-old conflict, or the real reason Yakko and Phoebe get so icy when they end up in a room together.

And sometimes... we just don’t need to know. We don't. Period. Sometimes the explanation’s just completely irrelevant.  Sometimes it’s better to leave the past shrouded in darkness and mystery. When we find out all the details about how Wakko got that scar sometimes... it’s just kind of a let down  We like the mystery aspect of it, the uncertainty, far more than the actual answer (Neil Gaiman once said as much in his Sandman books—Cain and Abel openly discuss it with another character). I’ve mentioned William F. Nolan’s “bug in the closet” idea before, and how it limits horror, and that’s kinda what we’re talking about. Sometimes letting the reader make the final decision is much more powerful.  'Cause when we don’t know the answer to something, there are lots of possibilities, so many things for our minds to dwell on. But once we know... there’s only one. That's it. Done.

I’ll add one last thought to this before we wrap it up. From a basics mechanics point of view, if I leave these things unsaid... it leaves me space to say other things. As I’ve mentioned before, any story only has so much room. Books only have so many pages. Movies can only be so long. The five paragraphs I spent explaining how alchemy works in this world are five paragraphs I could’ve spent on advancing my plot.  Or developing one or two of my characters.

That Saturday geekery movie I mentioned up top? It spent tons of time in the very beginning explaining how the different magical sciences worked and where they came from. Which turned out to be a big waste of time because, naturally, once the story got going we were shown how they worked. And where the sciences came from... well, it never really had any bearing on the story.

With all that said, would you be shocked if I told you most of the characters were pretty thin? Their motivations were all sketchy at best. Hell, I couldn’t even tell you most of their names.

A big hurdle we need to overcome as storytellers is figuring out that negative space.  Realizing what parts we don’t need to tell. What parts might be good, but just aren’t relevant.  And what things actually improve my story by being left out of it.

And what things are weakening it or slowing it down because I’ve left them in.

Next time, I’d like to offer you some investment advice.