By odd coincidence, this is post 404.
There’s an old development saying you’ve probably heard—let’s throw it at the wall and see what sticks. The premise here is that if we use every single idea we have, surely the good ones will do something to get noticed.  They’ll stick to the wall or rise to the top or... something.

The unwritten part of this premise is that you’ll also end up with a serious mess.  Yeah, my two or three good ideas stuck to the wall, but look at all the crap piled up on the floor under them. Hell, look at the wall itself.  It’s all stained and smeared and streaked.  This isn’t a clean-up situation, it’s a straight repaint.  I can say with confidence that we're not getting our security deposit back.
With all that in mind, I’d like to tell you the story of Phoebe McProtagonist...

Phoebe struggled through life from an early age, born ten months premature on the same day her father died in the Middle East, one week before his two-year tour ended.  Overwhelmed with grief, her mother committed suicide during the birth.  Phoebe’s years as an orphan in child protective services left her hard and jaded, and she never had a single role model—growing up without parents, foster parents, inspiring teachers, sports heroes, pop icons, internet stars, or even a giving tree.
In high school, Phoebe struggled with drug addiction, alcohol addiction, adrenaline addiction, video game addiction, sex addiction, a hoarding problem, OCD, Tourette’s syndrome, and extreme boredom because she wasn’t being challenged (no inspiring teachers, remember). She got pregnant three times on prom night, couldn’t get any abortions because she lived in a red state, then suffered four miscarriages from drinking lead-tainted Jaegerbombs after graduation.
(alcohol addiction, remember?) 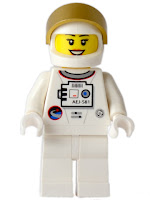 Determined to honor the memory of her unborn children, Phoebe withdrew from society and home-grad-schooled herself, eventually receiving magna cum laude, perfect attendance, and a triple doctorate in music theory, film criticism, and genetic engineering.  Thus armed, she applied to be an astronaut and, after months of rigorous testing, was finally accepted into the astronaut training program by those goddamned f@¢%!#g bastards at NASA.
(Tourette’s, remember?)
But when the rest of her team was killed in a launchpad fire that also burned down her house,  Phoebe took time off to sort out her life.  She sorted it out, got her groove back, got her ducks in a row, realized what’s important, and was struck by lightning walking along the beach.  As she sprawled on the shore, feeling a moment of divine bliss and agony as all the hair on her body burned away, giant mutant fiddler crabs came out of the ocean, the product of unregulated industrial waste dumping—
(red state, remember? See how it all ties together? That’s what good literature does!)
—and dragged her away into the water. In her final moments, the race between drowning and being eaten alive by the mutant crabs, she realized the single secret to clean energy, FTL travel, and how to make the perfect 7&7.  But there was no one to tell before she died, because she walked the beach alone.
~The End~

Okay, that was maybe a little bit over the top, but you might be surprised how common this kind of storytelling is.  I saw it in writers’ groups in college (part of the reason I don’t belong to such groups anymore) and countless times when I used to read for screenplay contests.  You wouldn’t believe the number of dramatic stories that are just brimming with excess plot devices and story threads. Hell, I freely admit some of the early drafts of The Suffering Map were the same way.
This springs from a common misconception--that writing a bunch of plot points and character elements is the same thing as writing a story.  The logic is that if I load up my story with every possible dramatic idea for every single character, one of them’s bound to hit the target, right?  And then, eventually, the story will be dramatic.  Plus, adversity builds character, therefore it stands to reason all this extra  adversity in my story will make for fantastic characters.
I mean, Phoebe comes across a great character, right...?
Simple truth is, this is all just excessive. If I’m doing this, I’m wasting ideas and wasting words, using thirty or forty examples instead of just three good ones.  It’s the kind of thing that tells a reader I was more interested in creating art than I was in telling any kind of decent story.
Of course, in all fairness, it’s not just the artsy literature types who do this, although I must admit, they seem to be the most common offenders.  We’ve all read (or seen) the action story where every punch draws blood, every car chase ends with an explosion, and every leap rattles bones.  Plus every character had a snappy one-liner to toss out (or at least think about) before, during, and after offing one of the villains. And there were lots and lots of villains...
Then there’s the sci-fi stories that have vast interstellar conflicts and near-magical technology and unstoppable cyborg monsters and omnipotent, cosmic beings and sacred orbs   Seriously, reading contest scripts I was so sick of orbs.  I came to loathe the word.  Know what else?  Nobody in bad fantasy ever has eyes, they all have orbs.
Friggin’ orbs. 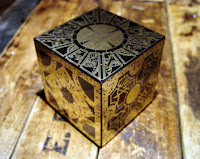 And sooooo many horror story that have cubic yards of blood and gore everywhere.  Plus there’s a little chalk-skinned child who moves in high-speed “shaky vision.”  And a secret psychopath.  And one person who snaps and gets dozens of people killed because they opened a door or invited something in or played with the puzzle box.
It’s been almost thirty years, people. Thirty. Years.  Haven’t you figured this out yet?  Nothing good comes from opening the damned puzzle box!  Even my mom knows this!
Y’see, Timmy, whatever my chosen genre is, just loading a bucket up with plot elements and flinging them at the wall does not create a story.  It’s the opposite of writing in just about every way possible.  No, not even if I only consider the leftover stuff. As I mentioned above, all those other ideas are still going to leave stains and streaks, no matter how solid the good stuff is.
Take that as you will.
Next week I’ll talk a bit more about cons, and I might talk about excessive stuff a little more, too.
Until then, go write.