I wanted to prattle on a bit about character development.  I’ve been thinking about it a lot lately, and the way it can sometimes be a stumbling block.  And I think I’ve got my thoughts in an order where they’d make a semi-coherent post.
So, first, a little story.
A friend of mine has a semi-popular travel show on PBS.  She’s also been working on a book about how she ended up travelling and one of her first big solo trips (that’s her thing).  She’d been working on it for a while and asked if I’d be willing to take a look at it and maybe offer some thoughts.  Maybe help her think of a title for it.
I’ll be honest.  There’s always a bit of nervousness when a friend asks for your opinion on something.  I bet most of you can relate.  But I said yes.
Turned out, no big worry. It was a fun book about her trek through Italy.  No nightmarish spelling or grammar mistakes.  Great voice.  Good description.
There was one issue I noticed though—it just took a little while to pin down.
(no, don’t worry,  She and I have talked about this.  And she knows I’m mentioning her book this week) 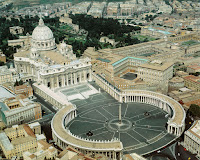 Y’see, the book had tons of good elements.  Travel.  History.  Comedy.  Some soul searching.  A little romance.  A touch of sex.  Even a kind of creepy night in a haunted building.
Thing is, none of these was a dominant element.  They were all more or less equal.  A little more of this here, a little less of that there.  Okay, the creepy factor only lasted four or five pages, but past that... it’d be really tough to pin down the main theme of the book.  An informative travelogue?  An introspective journey to sort out a life?  A passionate summer in Europe?
Yeah, lots of stories have multiple elements like this.  My own book, The Fold, has sci-fi and horror elements, but also mystery, some action-adventure, a bit of comedy, some sexy romance, and even a touch of political stuff.  At the end of the day, though... it’s pretty much sci-fi and horror.  The other things were side dishes, so to speak.  They were fun and flavorful, but they weren’t the main course.
See, without that main course, the meal is nothing but side dishes.  And while there’s nothing wrong with that, it becomes very difficult to answer the simple question of “what did I have for dinner?”  Sure, I can say, “side dishes,” but that doesn’t really answer the question, does it?  It’s like asking what I’m wearing and I say “not a green shirt.”  It’s an answer and it’s true, but I haven’t really told you anything useful.
I need to have some kind of answer to the genre question, because people are going to ask it. People like readers. And agents.  And editors.  And if I can’t give them a real answer, it’s going to be really hard for me to get anyone interested.  If you’ve been reading the ranty blog for a while, you may remember a little tidbit I once heard from an agent named Esmond Harmsworth—“It’s not like anything else is very hard to sell.”
This brings me to the second half of this little rant...
I’ve mentioned before that you can follow me on Twitter.  If you do, you get to watch every weekend as I rant about sci-fi and horror B-movies in real time.  Over the years—watching them and working on some of them—I’ve developed a theory about why they turn out so bad.  Not all of them, granted, but a good number of them.
Genre comes with expectations.  Science fiction and fantasy each have their own standards, benchmarks, and tropes.  These are radically different from the ones we hold for horror, or for mystery stories, or for romances.  Seems straightforward, yes?
When these expectations aren’t met, or when my story departs radically from them, things begin to stumble. Maybe my story recovers, but sometimes that stumble ends with a full-on faceplant.  I’m willing to bet most of us have read a book or seen a movie where we discover the big twist is aliens did it or angels did it or Bob was a deranged serial killer all this time.  And this made us roll our eyes and find something else to do.
So, here’s my theory.
I think sometimes, at one stage or another, a story gets tagged with the wrong genre.  And this creates problems.  Sometimes I look at one of those B-movies I mentioned and I see what may have started out as—for example—a really fine sci-fi movie.  But someone decided it was a horror movie, and they filmed it as a horror movie. And now the sci-fi story has horror timing and emphasis and angles—all those standards we expect from those films.  But they don’t really fit this story. And that awkwardness is why the movie never really hits its stride.

A great example of this was the latest Fantastic Four movie.  Director Josh Trank has done Chronicle, an indie movie widely hailed as a superhero story. But if we take a good look at it, it was really a superpowers movie.  Then Fox gave him the FF franchise and, well, Trank made another superpowers movie.  He forced the FF out of their natural genre and into a different one.
And we all know how that went.
I’ve seen the flipside of this, too. When something gets made as, say, a sci-fi movie, but we’re told it’s a horror movie, by the advertising or the interviews or whatever.  So we walk in with those standard expectations, and suddenly the movie is “wrong” because it’s failing as a horror movie—which it was never intended to be.  I’ve seen books that were marketed as dark fantasy that were supernatural romance. Movies marketed as horror that were pretty straightforward sci-fi or fantasy.  Or even blog posts that were marked as character development when they’re all about genre...
From our point of view as writers, this can be deadly.  If I’ve got an agent who wants to see sci-fi, I say my book is sci-fi, and then I send her or him literary horror...  Well, that’s going to get rejected really quick.  Yeah, even if it’s a fantastic horror story.
Heck, even if said agent reps horror as well, they can get soured just by those failed expectations.  They can go into it expecting sci-fi, like they were told, and maybe they’ll eventually self-correct.  But even then...  I may have lost those two or three vital ticks off their mental scorecard.
And those two or three ticks can mean the difference between ending up in the big pile of the left or the very small pile on the right.
Y’see, Timmy, I need to be sure what my genre is.  And I need to be honest about it, no matter how popular some other genre might be right now.  Because I want to score all the points I can with editors.  And agents.
And especially with readers.
Next time I want to talk about one of my favorite topics.  And a little bit about numbers.
Until then, go write.
Oh, and if you wanted to toss a buck or two at my friend’s travel show, public television needs all the help it can get.  Thanks.