So very sorry I missed last week.  There were copyedits.  I got about 3/4 of a post done in my spare time, but I was never quite happy with it, and then last Thursday was here and gone.
And now here’s Thursday again.
As it turns out, though, this turned out to be a fantastic bit of lucky timing. 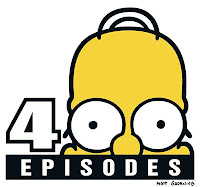 This, my friends-students-lurkers-haters-et al, is the 400th post here on the ranty blog.  Yep.  Four.  Hundred.  I know that doesn’t really mean much, in the big scheme of things.  There are some folks who post way, way more frequently than I ever will.
Still, though... that’s a lot of random writing rules and advice I’ve been spouting out over the years.  Granted, there were a couple of amusing pictures mixed in there, plus I’ve revisited the same topic a few times, but...c’mon, it’s a pretty cool milestone.
Okay, fine. You’re not impressed.  How about this, then...
Sunday, it’ll be ten years since I first started said ranty blog.
TEN. YEARS.
To put that in perspective, the first Iron Man movie, the one that kicked off the entire Marvel Cinematic Universe?  That was nine years ago.  Ten years ago nobody’d heard of Breaking Bad or Fifty Shades of Grey.  Hell, ten years ago nobody’d ever heard of Sarah Palin.
To be honest, nobody’d ever heard of me, either.
Probably also worth mentioning there’ve been a little over 770 comments posted here in that time. So many thanks to all of you who’ve stumbled across this pile of rants. It’s always nice to know I’m not shouting into the void.
Ten years.
This revamp’s long overdue, yes?  Blogger’s overhauled many of its formats. A lot more of you are reading this on tablets or smartphones (something else that would’ve been a mystery ten years ago).  This whole page could be a lot more mobile-friendly.
Plus, let’s be honest. I’m ten years older. Some of you are, too.  Most of you are going to be.  The white-text-on-black setup wasn’t helping anyone.
Soooooooo... Whadda you think?
Okay, talk about that down in the comments. Since we’re looking at a big momentous anniversary (and did anyone get me an aluminum ring?  No!) and I’ve been doing the Writers Coffeehouse for over a year now, I wanted to be clear on something.  I’ve kind of talked about this on and off, but it struck me it might be worth saying in really clear, absolute terms.
I am not a writing guru.

Hell, forget guru, I’m not much of a writing teacher.  I’m barely a writing adviser.  Most of the Coffeehouse folks can vouch for this.  At best, I’m kind of the old writing hermit up in the hills.  You can ask me questions and I’ll shake my fist and shout some kind of answer, but I’d guess at least half the time my answer won’t work for you.  Probably closer to 2/3 of the time.
That's the Golden Rule I've mentioned here once or thrice.  Writing is a very individual, very personal process. What works for me might not work for you. It definitely won't work for him.
So... how is that different from being a guru?
Well, because I’m admitting it might not work.  Not for everyone.  I’m telling you that up front.  There is no “right” way to do this.  At best, we can pin down some methods that work better than others and a few more that are more likely to hinder than help.  But past that...
Okay, I’m going to tell you a really old, really stupid joke.  I apologize in advance, but it’s kind of important.  Ready?

A man goes to the doctor’s office.  He holds his arm out, rotates it counter-clockwise at the shoulder, and says “Doc, it hurts like hell whenever I do this.”
The doctor looks at him, shrugs, and says “Don’t do that.  That’ll be twenty dollars.” 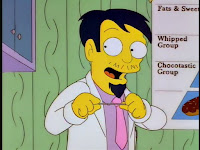 The catch here, of course, is that the doctor hasn’t actually done anything.  And that’s how a lot of gurus operate.  They know how tough it can be to succeed in this business, so they charge a lot of money and offer foolproof advice.  Foolproof in the sense of it can’t fail, because the advice is not to do anything.
I used to see this mentality in the film industry a lot.  A script will normally go through what they call “clearance.”  It’s when a lawyer or legal assistant goes through the screenplay looking for possible legal issues, usually with names, addresses, and prominently mentioned items.  Is this character name common, or is there only one person with this name in that city?  Should someone bitch and complain about Microsoft products by name on screen?  The clearance people are supposed to do some research and then give everything a thumbs down (because you might get sued) or a thumbs up (you’re in the clear).
Guess what, though?  About nineteen times out of twenty, they just say don’t do it.  Don’t use that name, don’t mention that product, don’t refer to that person.  No matter what it is, you might get sued, so don’t use it.
Y’see, Timmy, if I tell you not to do something and you don’t, there’s no problem—I was right.  If I tell you not to do it, you do anyway, and nothing happens, then you were lucky—and I was right.  If I tell you not to do it, you do anyway, and  you get sued... well, I told you not to do it.  It’s not my fault.  No matter what the actual outcome is, by saying no, I’m always correct.
This is what I see overwhelmingly from gurus (both prose and screenwriting).  Rather than actually teach anything, far too many of them just give lists of what not to do.  Don’t do flashbacks. Don’t use passive voice.  Don’t take too long to introduce characters.   Don’t have your inciting incident any later than page nineteen.  Don’t use “we see.” Don’t use “said.”  Don’t do voiceover in scripts.
And, again, they’re never wrong, because saying no is always correct.
On the other hand, I try to explain how these things work. Of course you can use flashbacks.  Introduce characters whenever it’s appropriate for your individual story.  And please, please, please try to use “said” more than any other dialogue descriptor. These devices wouldn’t exist if they didn’t work—they would’ve died out centuries ago. Actual centuries.  It’s just easier and quicker to say “don’t use them” then it is to explain how to use them correctly.
Especially if said guru doesn’t know how to use them correctly.

There’s another way I’m different from a guru.  I have actual, recent experience.  Not references or testimonials—experience.  I honestly can’t tell you the number of self-proclaimed experts I’ve seen who haven’t had a single sale in their chosen industry in years.  Assuming they’ve ever even had a sale.  One of my favorites was a “script doctor” I’d never, ever heard of (keeping in mind, I worked in the film industry for fifteen years and then reported on it for another five) who assured would-be clients that he’d worked on lots and lots of big box office films... none of which he was allowed to name for confidentiality reasons.
Remember, real professionals don’t have testimonials—they have credits. Recent credits.  Every industry changes over time.  Publishing, filmmaking, programming, farming—all of them.  The longer it’s been since I’ve done something, the less likely it is that my knowledge of said industry is any good.  You might remember a couple weeks back I mentioned I wasn’t going to offer screenplay advice anymore because it’d been a while since I actively did anything in the film industry.  I don’t want to mislead anyone with out-of-date advice about how to put a screenplay together.
Yeah, there are still format posts here if anyone wanted to go digging (look, here’s one), but it’s also clear these aren’t current.  So I’m going off the basic assumption that if someone finds their way here, they’re smart enough to think twice before blindly following something from a year ago. 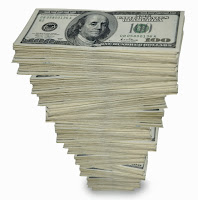 I mean, let’s just approach this logically.  If Wakko really knows how to write a novel that publishers will pay half a million for... why is he nickel-and diming you and me? Why are we paying him $500 for a three-day weekend course when a film studio might give him $750,000—plus residuals?
Don’t get me wrong.  There are a bunch of very talented, very experienced people out there offering writing advice and asking for a couple of bucks.  I personally know at least half a dozen writers who’ve put out books of writing tips and advice.  I’ve toyed with the idea myself.  But, again, they’re all professionals.  Offering writing advice is a side business, not their primary one.
Which is, y’know... writing.
And that brings me to my last point.  It’s not a hard fast rule, but I’d say it’s a pretty solid rule of thumb.  Most of the professionals who offer writing advice... just offer it.  They don’t want a huge amount of cash up front. They’re not asking $85 for a self-published textbook.
The reason for this is pretty simple.  The vast majority of us who’ve made it up here to the top half of the ladder only got here because we got help and encouragement from other professionals along the way.  I can look back and know I only made it here because of advice and tips I got from several writing professionals along the way, almost all of whom gave me that advice for free (one was a college professor—and a two-time Pen/Faulkner winner with nine books to his name at that point).
The question I need to ask myself is... is that big pile of don’ts from somebody with no experience worth $650?  Or maybe a grand?  Hell, is it even worth fifty bucks?
And that’s why I’m not a guru.
And it’s part of the reason I’ve been writing out suggestions and tips and not-so-gentle nudges here for the past ten years.
Again, thanks for being here.
Next time, I’ll probably prattle about words, like I said I was going to do last week. Or maybe I’ll talk about this really cute foreign exchange student I knew in college. One of those things.
Until then... go write.