D’you see what I did there...?
So, Emerald City Comic Con was a few weeks back,  Wondercon’s this weekend, and we’re kinda lunging full force into the spring con season (followed by the summer con season, the fall con season...).  I think I may be doing eight or nine cons this year, which may be a new record for me.

I love cons.  I think I went to my first convention, in Boston, for my thirteenth or fourteenth birthday. I met artist/writer Dave Cockrum (who gave young me some career advice), a few Marvel editors, and Matthew Waterhouse (who played Adric on Doctor Who back in the day).  And we won’t talk much about when that was, but I’m pretty sure Reagan was president at the time...
Over the past couple of years, though, I’ve been seeing conventions in a whole new way.  I started going as a vendor, hawking my books to whoever I could attract over to my little folding table.  Nowadays I’ve hit the point where more of my con time is panels and signings.  If I happen to be at a table, it’s not quite so much work to get somebody to talk to me.
Anyway, while my experience isn’t exactly overwhelming, I thought it might be cool to toss out a couple of convention tips I’ve gleaned over my years of con-going, seeing things from a few different angles.  But I thought I’d divide them up a bit.  Today I’ll talk about attending cons as a fan, next week as a vendor, and that last week I’ll talk about the holy grail—being a guest of the con.
Sound interesting?
Well, good.  ‘Cause that’s how I’m doing it.
Let’s start with the basic form of con-attendance—as a fan.

1) Be aware of my surroundings – Soldiers and police have a great term called situational awareness.  Really simply put, it means I’m being constantly aware of what’s going on around me and how it might affect me... or vice-versa.
This ability can make me a convention ninja, no joke.
If I’m going to wander around the con for a day, I should at least try to be aware of the other people around me.  At a crowded convention, all it takes is one person who decides to stop in the middle of a busy aisle or intersection.  I don’t want to be the person everyone’s glaring at... or deliberately slamming their shoulder into. 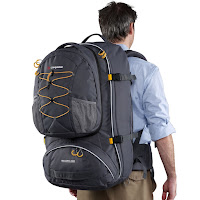 Another factor here—what have I brought for bags?  We all have something at cons. I generally just have a messenger bag, but lots of folks have whatever big bag they’re handing out with passes.  I’ve even seen a couple folks wearing backpacks that are probably larger than you’d need to spend a summer backpacking in Europe. There’s nothing wrong with any of these, I just need to be aware of how much space they take up. Suddenly those random stops or turns make me a serious menace (and a major annoyance).
Also, most cons are going to have limited dining facilities.  I really shouldn’t camp out for an extra hour after I’m done eating.  I know this is a tough one, because so many big cons—looking at you, SDCC—have very, very limited places to stop and rest.  Once I actually score a table, there’s a mad desire to hang onto it as long as possible. I just need to remember—everyone else wandering around feels exactly the same way.

2) Be respectful of everyone’s time—Most con events are timed one way or another.  Panels and autograph sessions are rarely more than an hour.  Even vendor interactions don’t last long—they’re generally trying to manage a large area and juggle numerous potential clients at once.
If I’m spending five minutes at the microphone or in front of a line or even in front of somebody’s booth... that’s a big chunk of time. We’ve all been there when that guy gets up in front of the panel and talks for three minutes before getting to his question.  I’ve seen people argue their case for submitting book manuscripts and art samples at publisher’s booths, no matter how often the random marketing intern has to explain they’re not the person for that.  I’ve watched people stand dead center in front of a booth, talking to the vendor for ten minutes, then admit they don’t have any money.

3) Don’t be creepy—Okay, I know this is a tough one because nobody... okay, most people don’t think they’re being creepy. Just remember—not everybody likes it. No, it doesn’t matter what kind of con it is.  I just really need to be honest with myself when I engage with cosplayers, vendors, professionals, con staff. How am I coming across?
No, not in a perfect world, in this world. How are people going to react to what I’m saying or doing?  Is that woman really going to be happy I wrapped myself around her or pinched her ass? Is that vendor really going to be pleased that I stood by his booth breathing heavily for twenty minutes? Is it okay that I keep staring at that woman’s cleavage?
Yes, a lot of these involve women—go figure!  It's kinda sad how many times this has to get brought up.  No staring, no touching, no rude comments.  If I’m trying to justify how whatever I’m about to say or do is okay... I’m probably doing something creepy.
Seriously, don’t be creepy. 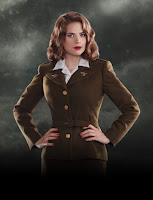 4) Remember, everyone here is human—Yes, even that artist/writer/actor I’ve worshipped as my personal god/dess for the past five/ten/twenty years.  Some people aren’t dealing well with the crowd.   Some need to hydrate.   Some people need a drink of the other variety.  Some folks are just tired—cons can be exhausting.  Maybe they’ve answered that same question I just asked fifty times today.
If someone seems annoyed or they get a little short with me, I should try to give them the benefit of the doubt before tweeting about what a horrible person they are.  Granted, maybe they are a horrible person—they’re out there, sure—but there’s a good chance they’re just kinda burned out.
And let’s not also forget that... well, maybe I already messed up one or two of those first three rules.

So there’s that.  Four simple rules that can make me a lot more popular at  a convention. Or, at the very least, not as annoying.
Remember them at Wondercon.
And come back in a couple days for my next pearl of writing wisdom.
Until then, go write.