I  was glancing back over the whole A2Q thing I did a few months back. I admit, I’ve been toying with the idea of combining the posts, expanding on some aspects, and offering it as a cheapo ebook (at all interesting to anyone?). And it struck me there are a few aspect of writing I kinda skimmed over and others I barely touched on at all.

So I thought it wouldn’t be a bad thing to add in a few basics about forming a plot, shaping my structure, dealing with characters, that sort of stuff. A little less how-to (“press your foot down on the gas pedal to go fast”) and a little more but-keep-in-mind (“don’t go ninety in a school zone while a cop’s parked there”). Make sense?

I’ve mentioned most of these ideas before, so they may feel familiar. Also, since I’m loosely tying this back to the A2Q, I’ll use my character examples there rather than my standard Animaniacs references. I don’t want anyone to think I’ve abandoned Yakko, Wakko, and Dot.

First, I should be clear who my protagonist is. In my head and on the page. If I spend the first five chapters of my book with Phoebe... everyone’s going to assume Phoebe’s the main character. The book’s clearly about her, right?  So when she vanishes for the next seven chapters and I focus on Luna or Quinn... well, people are going to keep wondering when we’re getting back to Phoebe.  Because she’s who I set up as the main character.

Now, a lot of books have a big cast of characters.  An ensemble, as some might say.  That’s cool.  But if my book’s going to be shifting between a bunch of characters, I need to establish that as soon as possible.  If the first four or five chapters are all the same character, it’s only natural my readers will assume that’s going to be the norm for this book, and it’ll be jarring when I jump out of that norm.

Second, speaking of jumping and jarring, is that I need to keep my POV consistent. Even with a third person POV, we’re usually looking over a specific person’s shoulder, so to speak. Which means that character can’t walk away and leave us behind.  Likewise, we can’t start over Phoebe’s shoulder and then drift over so we’re looking over Luna’s.

It’s cool to switch POV—there’s absolutely nothing wrong with it—but I need to make it very clear to my readers I’m doing it. They need that stability and consistency. If they start seeing things from new angles or hearing new pronouns, it’s going to knock them out of the story and break the flow. And that’s never a good thing.

Third, while we’re talking about peering over other shoulders, is that I should be clear who’s part of my story and who’s just... well, window dressing. I probably don’t want to spend three or four pages describing Doug, hearing his backstory, reminiscing about his workday, and then discover he’s just some random guy at the bar. Phoebe serves him a drink and then we never, ever hear about him again.

Names and descriptions are how I can tell my reader if a character’s going to be important and worth remembering or is they're just there to show Phoebe’s doing her job. Three paragraphs of character details means “Pay attention to this one.” So if I’m telling readers to keep track of people for no reason—or for very thin reasons—I’m wasting their time and my word count.

Fourth is I need to have an actual plot before I start focusing on subplots.  What’s the big, overall story of my book?  If it’s about Phoebe trying to fins out the secret of the super-werewolf, I should probably get that out to my readers before I start the betrayal subplot or the romance-issues subplot or the how-could-mom-and-dad-have-hidden-this-family-secret-from-us subplot.  After all, they picked up my book because the back cover said it was about fighting super-werewolves. I should be working toward meeting those expectations first.

If I find myself spending more time on a subplot (or subplots) than the actual plot, maybe I should pause and reconsider what my book’s about.

Fifth, closely related to four, is my subplots should relate to the main plot somehow.  They need to tie back or at least have similar themes so we see the parallels.  If I can pull a subplot out of my book and it doesn’t change anything it the main plot in the slightest... I might want to reconsider it. And if it’s an unrelated subplot to an unrelated subplot... okay, wow, I’m really getting lost at this point.

Sublots face a real danger of becoming, well, distracting. People are showing up for that sweet werewolf on werewolf action, and I don’t want to kill whatever tension I’m building by putting that on hold for  two or three chapters while I deal with inter-hunter rivalry and politics at the werewolf-hunting lodge. It’s like switching channels in the middle of a television show. What’s on the other channel isn’t necessarily bad, but it doesn’t have anything to do with the show we’re trying to watch.

Sixth is knowing when I need to reveal stuff. Remember how much fun it was when you met that certain someone and there were all those fascinating little mysteries about them? We wanted to learn all their tics and favorites and secrets. Where are they from? What’d they study in school? What do they do for a living? What are their dreams? Do they have brothers or sisters? Where’d they get that scar? Just how big is that tattoo?

But... we don’t want to learn those secrets from a dossier. We want to hang out with these people, talk over drinks, maybe stay up all night on the phone or on the couch. The memories of how we learn these things about people are just as important as what we learn. And it’s how we want to learn about characters, too. Just dumping pages and pages of backstory actually make a character less interesting. It kills that sense of mystery, because there’s nothing left to learn about them.

Again, there’s nothing wrong with me having incredibly fleshed out characters. But I might not need to use all of that backstory in the book. And I definitely don’t need to use it all in the first two or three chapters.

Seventh and last is flashbacks. Flashbacks are a fantastic narrative device, but... they get used wrong a lot. And when they’re wrong... they’re brutal. A clumsy flashback can kill a story really fast.

A flashback needs to be advancing the plot. Or increasing tension. Or giving my readers new information. In a great story, it’s doing more than one of these things. Maybe even all of them.

But a flashback that doesn’t do any of these things... that’s not a good flashback.  That’s wrong.  And it’ll bring things to a grinding halt and break the flow. 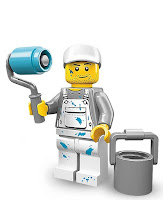 Now, as always, none of these are hard-fast, absolute rules.  If I hire someone to paint my house, there’s always a possibility this particular painter doesn’t use a roller. There can always be an exception.  But I should be striving to be the exception, not just assuming everyone will be okay with me not following all the standards. My readers are going in with certain expectations, and I need to be doing honestly amazing things to go against those expectations.

Because if that same painter also doesn’t use a brush... or dropcloths... or a ladder...

Next time, just to be different, I’d like to explain something else to you. But I’m probably going to skim over most of it, if that’s okay.