I had a conversation with an acquaintance of mine just after the New Year. They’d been offered a contract for their manuscript but were getting some iffy vibes from the  publisher. I talked with them about it for a bit and pointed out, yeah, there were a few good reasons for those iffy vibes.

What surprised me is that this acquaintance is a smart person, and I’ve talked with them a few times about writing and publishing. But combining the excitement of getting accepted with some potentially confusing terminology and, well... I can see where it’d be easy to get caught up in things. And maybe a little confused.

So I figured, hey, let’s take a minute or three and just talk publishing terms. These are things you may have heard or seen tossed about, but nobody ever explained them in any sort of depth. And they’re good things to understand if I want writing to be some level of career. Especially a full-time one.

Also, before anyone rushes to make angry points below, this is about definitions, not “which one is better.” If you want to have that argument, I’m sure there’s someone else out there who’d be pleased to go at it with you, no matter what view you take.

Let’s start with the basics. Traditional publishing is when somebody offers me money for certain rights to my story, often for a set period of time. By rights we generally mean the print rights, ebook right, and nowadays audiobook rights are very common, too. Anything more than that may be getting a bit sketchy (why does a book publisher need movie rights?). Again, publisher’s getting certain rights, and the author's getting money for those rights—that’s textbook traditional publishing right there. 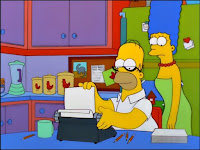 Because they’re getting these rights, the publisher’s taking on all the responsibilities. They’re going to take care of editing, copyediting, layouts, cover art, the actual production and distribution, marketing, publicity, and so on. A good publisher is probably going to involve me in all this, but it is theirs at this point (they paid for it) and it’s ultimately all up to them. We could talk for hours about different people’s experiences—good and bad—past that, but I think for now that’s a good basic way to look at it.

Let’s talk about that payment. This is something I think some people get confused about a lot, and there are some folks who take advantage of that confusion. For the purposes of this discussion, all the money I make off a traditional publishing deal is going to be in the form of royalties. They’re a percentage of the money the book makes. Usually not a very large percentage, true, but as I just mentioned, I have no responsibility here. Someone else is doing all the work and paying for everything. So don’t be shocked or angry when you hear that percentage is usually going to be a single-digit number.

”But hang on,” says Wakko, “I thought they bought the rights. Where’s that money? Where’s my advance?”

Now... here’s where it might get a bit confusing.

To build off the above example, let’s say the publisher gave me an $8000 dollar advance. When that first wave of royalties come around, I’d get nothing—but only because they already gave it to me. I got that $5000 in the advance (plus another $3000). When the book’s made me that full $8000, we say it’s earned out its advance, and from this point on the royalty checks will go straight to me.

Also, no matter what you may have heard... publishers don’t demand the advance back if my book doesn’t earn out. Seriously, it’s a non issue. If we dug into the very, very rare cases where this happened, we’d find something else had happened to make the publisher ask for their money back. The contract had been broken somehow or something had happened to make publishing the book a business/ethics problem. So it’s not so much asking for the advance back as it is canceling the whole deal.

One other thing worth keeping in mind. I’ve seen a few publishers be a bit... let’s politely say disingenuous by suggesting not giving advances is better for me, the author, because I’ll start getting royalties immediately! But here’s the thing to remember—advances are royalties. They’re royalties I’m getting before the book earns any money. How could anything be more immediate than that? If I gave you the choice of eating cake now or waiting until we decide to bake a cake... what’s the quickest way for you to get cake?

Wow, said a lot more there than I planned to. Anyway, moving on...

The next thing you’ve probably heard of is self-publishing. Sometimes this gets referred to as independent/ indie publishing, but I’ve got to admit that always feels like a bit of sleight of hand to me. Usually when people talk about indie publishing, they’re talking about smaller publishing houses that aren’t connected to the Big Five (I think it’s still the Big Five for a few more weeks, yes?). So when people lean into this... I mean, they’re technically correct, but it feels like they’re just trying to avoid saying they’re self-published.

As the name implies, self-publishing means I’m doing everything myself. I’m writing the book, but I’m also editing and copyediting the text. And I’m in charge of layouts, cover design, cover art, distribution, marketing, publicity, all of it. Because, well, I’m the publisher. This also means I’m sinking more time and money into the publishing side, since I either need to learn how to do all these things or pay somebody to do them. Also means no advances because, y’know, who’d pay them? But it does mean a more sizable chunk of the profits, and successful self-pubbers can make some serious cash. If they’re successful.

Now, this brings me to a slightly newer term (relatively speaking). Over the past few years you may have heard of hybrid authors. This is when an author has some books that are traditionally published and other books that are self-published. Doing both things = hybrid. Get it?

The idea of a hybrid author was pretty much unheard of for ages. You were solidly one or the other and that was it. But times have changed, openings and opportunities have appeared, and lots of authors do this now. Some do it with new material. Some (like me) do it with older works that have reverted back to them. Yes, I too am one of these hybrids we’re speaking of.

First is a vanity press. You may have heard this one before. A vanity press isn’t so much a publisher as a printer that overpromises. Or, y’know, a scam that takes advantage of aspiring authors. They offer “publication,” but the author pays for the editing, copyediting, layout, cover design, cover art. distribution, marketing... hey, this list sounds familiar, doesn’t it? It’s all that stuff I’d have to pay for if I was self-publishing. But by going through a vanity press I get to... share the money with them? So, I pay for everything and they still take a cut of the profits. Sometimes as their percentage of the royalties, sometimes as payment for actually producing the book... which, again, I’m paying for. So sure, you can have a hardcover edition—they’re only $11.23 apiece and we need you to make a minimum order of 500 copies. 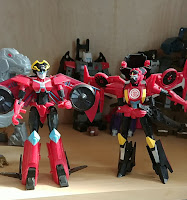 Here’s a much better deal. Self-publish your book and just send me a cut of the profits. I mean, if ou're going to give them to somebody for no reason, why not? I promise to spend it all on rum and toy robots. See? Don’t you feel better about that already?

One giveaway is that vanity presses will take pretty much any manuscript they get. Sci-fi romance? Accepted. Historical fantasy? Accepted. Deranged conspiracy theories written in crayon on a placemat? So accepted! They’re not making any actual investment, so there’s no risk for them. If my book fails, it fails. Nothing to them. They already got paid. Again... by me.

Now, I thought those last two were worth mentioning because my acquaintance up above told me they’d recently heard the term hybrid publisher, which was new to me. And after they explained the contract to me, I did a little more digging and educated myself a bit. Which is tough, though, since hybrid publishing doesn’t really have any set yardsticks. And this is where it gets a bit tricky...

One thing most accounts agree on is that hybrid publishers charge the author. Depending on which press I’m looking at, they might charge for editing, copyediting, layout, cover design, cover art, distribution, marketing, and HEY! This is that same list of publishing requirements. Again. So again, I have to ask why am I paying someone else to do this if I’m not getting all the profits? If I’m paying, I’m the publisher, right?

Now, a defense I saw of a few hybrid presses is that they’re different from a vanity press in that they don’t take everyone. They curate their list just like a traditional publisher would. And I think that’s cool and generally good business, but... well, I mean, if you think about it, vanity presses don’t accept a lot of people. My dad’s never been accepted by a vanity press. Neither has my niece. A vanity press only takes advantage of the people it accepts, so if my main defense is that I don’t accept everyone... I mean, isn’t that like saying there are lots of people the Golden State Killer didn’t murder?

To be clear, I’m not saying that all hybrid publishers are a scam. I can’t because, as I mentioned, there’s no yardsticks. They all have different practices and guidelines. But I get very leery any time a publisher starts asking for money. Because the minute I’m paying for things or I’m doing a large share of the work, that sounds a lot like self publishing to me. And if I’m self publishing... why is someone else getting a cut?

Unless of course, it’s me. And you’re sending me money for rum and toy robots.

So anyway... there’s some terms for you. Some of you may have known a lot of this already, but if you’re somebody who didn’t I hope this might help a bit next time you’re making decisions. Or just considering things.

Next time... I think we really need to talk about Cloverfield. Specifically, about this journal I was keeping while the monster attacked the city.