Pop culture reference!  Hasn’t been one in ages.  This one’ll make sense in a few minutes.
I wanted to take a moment to rant about one of my favorite topics—spelling.  Any of you longtime readers know how I feel about misspelled and misused words.  But this week I’d like to approach a specific facet of that problem. 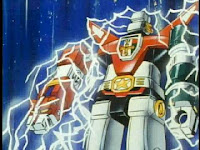 One thing I see a lot is folks who misuse compound words.  If, for some awful reason you don’t know, a compound word is when you mash two words together and create a new word. And much like the lions that merge into Voltron or the Combaticons combining into Bruticus, sometimes that word is greater than the sum of its parts.
In fact... sometimes the word is very different from the sum of its parts.  For example, a kneecap is a floating bone in your leg that protects the hinge joint.  But a knee cap is a little hat you wear above your calf.  By extention, kneecapping is the brutal practice of breaking that bone, usually with a bullet, while knee capping is the weird and somewhat creepy habit of putting tiny headgear on other people’s joints.
Or your own joints, I guess.
But that almost makes it weirder.
Want another one?  Whiplash is a condition caused by a sudden thrashing of the neck.  A whip lash can refer to either the leather straps of the whip or the whip’s actual strike.  Like in Pirates of the Carribean, when Davy Jones threatens Will Turner with five whip lashes.
See the problem here?  The compound word and the phrase refer to two different things. And if my reader has even a faint grasp of vocabulary, they’re going to stumble over my un-compounded word and go back to read it again.  I might know what pissant means, but if I come across piss ant... well, is that one of the creepy crawlies from Chuck Wendig’s new book?
Take a look at a few more of these and see if you stumble on any of them...

straitjacket vs. straight jacket
something vs. some thing
hardcore vs. hard core
breakneck vs. break neck
kingpin vs king pin
connectability vs connect ability
maybe vs. may be
lovesick vs. love sick
sometime vs. some time

Did you feel it?  That little pause when you were reading?          How many of these did that to you? A few?  Some? If you’re reading this, I’m guessing you’ve got a thing for writing, so maybe a lot of them.
Y’see, Timmy, once I break the compound word apart, it’s... well, two words. And as long as those two words are spelled correctly... well, that’s all that matters, right?  Most people will get the general meaning from context.
I think folks do this because they don’t know how to spell the compound word correctly and break it apart to “fix” it.  Maybe my spellchecker kept rejecting straightjacket but once I broke it into two words... oh, well that must be right now.  It’s one of those cases where I've assumed the machine is much smarter than I am.
But that flow-break becomes even worse when people aren’t even using the right words.  I’ve seen people talk about mere cats in Africa and the turn styles in the New York subways.  My spellchecker will accept those, too, just like it will any other misused word.
Hyphens don’t help the situation.  Most spellcheckers will accept a hyphenated word as correct if the two individual words are correct.  For example, mistake, missed-take, miss-steak, and mist-ache are all spelled correctly.
The real problem here is that—like any spelling mistake—these sort of mess-ups will break the flow of my story.  If my reader spends just two seconds trying to figure out what liberated bricklayers have to do with an urban fantasy story, they’ve stopped reading in order to analyze.  And once they start analyzing... it’s hard to get them to stop.

And yeah, a lot of folks will almost immediately figure out that when I said free masons I actually meant the Freemasons—that semi-secretive service organization that so many hack writers use as a fallback source for historical mystery (check out my new book, Paradox Bound, coming out next September).
But...
That pause is still going to happen.  After three or four instances of breaking the flow like that, the reader's going to set my book aside for something easier to understand.  Like an Overwatch hint guide. Or a rewatch of Stranger Things.
I need to know how words work. Including compound words. Knowing the two halves doesn’t mean I know the whole, and vice-versa.  I have to know how words work. And what they mean.  And how to spell them.
In closing, being able to proofread something is a skill every writer needs to develop.  But anyone can proof read... provided the proof is in a language they understand.
Next time, I want to talk about that guy.  No, no,not him. The other guy.
And I’ll probably have an update on the whole Amazon review thing, too.
Until then, go write.