No, no, I’m not talking about you.

I’m talking about him.

You know who you are.

There’s an issue that came up in one of my weekend B-movies recently, and it also came up in a book I was reading last month. Not the first time I’ve seen it in either format. And I thought it was worth talking about for a minute or three.

And that issue is cheating.

I’ve talked about twists many times here on the ranty blog. I friggin’ love a good twist.  Seriously. I will forgive a story a lot if it can knock me over with a completely unexpected reveal that seems obvious in retrospect. That’s the kind of thing that makes me want to grab a book and read the whole thing again. There are movies I love to rewatch just to see how beautifully the filmmakers set up a fantastic twist.

Now, in the past, I’ve addressed a problem some writers have when they try to set up a twist. And that’s when the revealed information—the twist—is something the reader couldn’t possibly have known or even guessed. If I tell you Wakko is actually the clone, it makes us realize how we-misinterpreted some parts of the story and a couple things line up now that didn’t before. If I tell you Phoebe is actually the clone, it makes us ask who the hell Phoebe is. Is she even from this story? Also, wait, this story is about clones...?

In the past I’ve tried to soften this criticism by saying the writer didn’t understand how to set up a twist. And while that’s still true in the big scheme of things, I think it might be  a little more helpful to just be direct. When this happens, the author is cheating in how they tell the story. They’re lying to the readers.

And sometimes, you just have to call out the liars.

Yeah, this sounds a little harsh and a few folks may already be raising their defenses, so let’s take a moment and be clear what we’re talking about. This is a very specific thing I’m referring to. Cheating is a deliberate thing, a choice, as opposed to a simple mistake.

All that said, let’s talk about what makes a good twist. I’ve talked about these all at different times, but I think a good twist always has four distinct elements.

1) My readers and my characters don’t expect a twist is coming. If I tell you there’s a big secret about my cat you’ll never guess, you’ve been flat-out told there’s something about my cat you wouldn’t expect. Likewise, if the shadowy figure is constantly referencing things only certain people could know, they’re probably connected to one or more of those people. It’s hard for any twist to land well when people are on the lookout for it.

2) The information a twist reveals has to be something my readers and characters didn’t already know. Telling you I have cats is not a big reveal, especially if you follow me on Instagram. This information has no weight. Telling you one of my cats is a cyborg is a reveal—that’s something you didn’t know.

3) The information revealed in a twist has to change how my readers and characters look at past events in the story but (very important) this information can’t contradict the information they’ve been given up until now. I can’t say my cat’s actually a plush toy dog after calling her a cat for a hundred pages and talking about the vet bills when she got her cyborg parts. Worth noting—this is when a lot of twists go wrong. 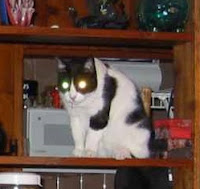 4) Finally, a twist needs a certain amount of time to build up strength. It’s really tough to have a good twist in the first five pages of a novel. As I mentioned above, a twist needs to alter our view of past events, which means... there have to be past events. If my cat’s showing off her laser eyes and adamantium claws on page eight, this isn’t a twist—I’m just introducing a character.

Granted, these are my own requirements, not something (to the best of my knowledge) taught in any courses or books. For this little rant of mine, it’s 2) and 3) we’re most concerned, because that’s where the cheating often comes into play. Because cheating (and lying) usually involve the manipulation of information to suit your own needs.

Now, right up front, it’s really common for me, as a writer, to lead my audience into believing something. To carefully choose words and phrases to make them think X when the truth is Y. This is a standard aspect of storytelling—what I want the reader to know and when I want them to know it.

But it’s important that I don’t cheat. I may leave a few facts out. I may deliberately guide them down a different path. But I can’t lie to them. The moment I lie—even if I’m doing it to make the story “better”—I’ve broken the contract. They’ve got no reason to trust me, and it’s not unfair for them to start doubting and questioning everything in the story.

So what do I mean when I’m saying cheating or lying? Let’s break it down by those two points from above...

As far as 2) goes, I need to be revealing information the audience doesn’t know, but it has to be information they could know. It can’t break the characters or the world I’ve established. It needs to fit within that context.

For example, if my twist is that Bron from Game of Thrones has psychic powers because he’s actually a mutant from an alternate future timeline... well, it’s definitely information we didn’t know. But we never could’ve known it. With everything we’ve been told it’s just an impossibility in this story. Likewise, if I’m writing a murder mystery and the big twist is that the murderer is Phoebe... we should all know who Phoebe is. Revealing a name we’ve never heard before at a critical moment doesn’t really solve anything. 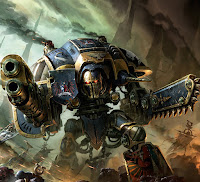 A good way to think of it is whatever information I’m revealing in my twist is something my readers should be able to guess—even if it might mean a few guesses. If I have twenty characters/potential suspects in my murder mystery, the reader shouldn't need thirty-seven guesses to name the murderer. If I’m three hundred pages into my grimdark medieval fantasy story, I can’t abruptly say the dark lord’s secret weapon that’s wiped out armies is a battlemech with a meson death ray. Why would anyone ever guess that?

When we’re talking about 3), the big cheat is usually just a straight contradiction. The facts I give on page 150 or 200 just don’t line up at all with the facts I’ve given you before. I’ve told you two or three times that Wakko’s a computer programmer but then it turns out really he’s a genetic engineer.  Numerous characters have said there’s nothing within a hundred miles of our village, but then they escape to the town on the other side of the valley. And if you find out on page 175 of my political thriller that the secret informant is actually an angry ghost... well, I’d understand if you tossed it aside at that point.

One of the worst examples of cheating is when we’ve been seeing over a character’s shoulder or “hearing” their thoughts for a hundred or so pages and they just, y’know, never happened to think about the fact they’re the serial killer the whole city’s searching for. Or that Wakko constantly calls himself as a computer programmer (even in private) until we find out he’s the genetic engineer who activated Dot’s Zoanoid genes (double-geekery reference). This is the kind of things that make readers grind their teeth, and it really stands out on a re-read.

In the end, these lies are just about no being honest with my readers. I’m lying to them about what Wakko does. I’m lying about what’s going on in his head. I’m cheating to create a certain effect rather than actually creating the effect.

Y'see, Timmy, I think the reason some writers fall back on these blatant cheats and lies is... it’s easier. Doing the work is tough. Lying is simple. And if I just don’t feel like doing the work, it’s really tempting to just say Wakko’s a computer programmer and move on.

Good writing is tough. It’s work. Sorry to be the bearer of bad news, but it is. There are a lot of nuances to this art and they’re going to take actual effort if I want to come close to mastering them. To pull off a really good twist is probably going to mean going over my manuscript two or three times, making sure everything lines up and fits together just right.

But when you do it--when you do the work and don’t lie, don’t cheat—that’s when you make something that sticks with people. Something fantastic they’ll remember and talk to people about and recommend constantly. Because a great twist makes a good book twice as good. The readers get to enjoy the whole story, and then they get to enjoy it again, seeing and appreciating how everything fits seamlessly together.

True story. Like a lot of my books, Ex-Patriots has a twist in it. It’s such a big twist that, when one reader hit it, she couldn’t believe I could’ve slipped this past her for the entire book without her noticing. In fact she immediately re-read the whole book, convinced I had to have cheated. And when she realized I hadn’t, she (somehow) hunted down my phone number and called me to rave about it and congratulate me.

And that, friends, is how I met Seanan McGuire.

Good advice for writing and life.

Next time, I wanted to talk to you a bit about characters.