I’m writing up this post as I levitate upside down in my office.  Which—cool thing about this new house—exists in an orbiting satellite that’s only accessible through a teleport array we found in the attic.  Really cuts down on the commute to work, let me tell you...
Okay, we’ll get back to that.
I wanted to expand a little bit off something I touched on last week, and that’s the idea of context within a story.  When we talked about it before, I was using it to show how I can’t pull random elements from that story, copy them into my story, and expect them to work the same way

Quick semi-related question.  What does it mean if I walk up and smack someone?  Full on, five fingers, hard across the face.
Well, it could mean any number of things.  It could mean they’re a complete jackass.  Or maybe I am.  Maybe they deserved it.  Maybe they're in shock and I'm trying to bring them around.  We don’t know enough about the circumstances, the background, the existing relationships between me and the person I smacked.
What if I just walked up and kissed them?  Or slapped their ass.?  Kinda the same thing, right?  We don’t know enough.  Maybe I’m a complete sleaze.  Maybe this is my partner of several years.  Hell, this could mean different things depending on where it happens. Doing it at the office could be extremely inappropriate, but in the locker room this could be a congratulations, and in the bedroom it might be foreplay.
All of this additional information—the stuff we don’t know in these situations—is the context.  It what makes actions creepy or exciting or exciting in that other way.  As I’ve said before, there can be many different interpretations of the same thing depending on all the other things around it.
This becomes extremely important in genre fiction, because one of the big aspects of genre is that we tend to tweak the world a bit.  Maybe superheroes are real.  Or dragons. Or cybernetic implants.  Maybe they’re not just real, they’re common.  Boring, almost.
For example, take my opening paragraph.  It probably made you smile, because it’s absurd in two or three different ways, right?  Complete nonsense, because we all know how the real world works and I am, no matter how many times I’ve wished otherwise, part of said real world.
In a genre story, though, all of that could easily be true.  Then it isn’t laughable—it’s setting.  Possibly important plot elements. 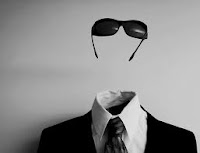 Charlie Jane Anders made a wonderful observation a while back about how some of her least favorite stories were the ones that got pitched as something like “it’s a world just like ours, except everyone can turn invisible.”  The problem with these stories is that if everyone could turn invisible... well, the world would be completely different.  Views on privacy would’ve changed massively, possibly in different directions depending on how long this power’s been available.  Social views would be different, because anyone might be listening.  Heck, traffic laws would need to be adjusted because what if an invisible three year old wandered into the street?  Technology would be different, because there’d be whole-new priorities in this world.
And if none of these things have changed... well, that just doesn’t make sense, does it?  Try to think of an aspect of your life that wouldn’t be different if there could be two or three invisible people in the room with you.  Any room.  At any time.
Context lets me know what is and isn’t possible in this world.  By extension, it lets me know when people’s reactions are appropriate or wildly inappropriate.  If my story doesn’t explain what the limits of my world or characters are–or if I don’t give my readers enough to figure it out—it’s going to limit their investment and immersion in the story.
For example...
I watched this movie a while back where a guy hires a live-in maid (occupations and genders may be changed to protect... I don’t know, surely somebody deserves it).  Nothing weird or unusual there, right?  Except when the maid shows up, she’s kind of... well, unnatural.  Pallid, almost gray skin.  Dark circles under the eyes.  Blank stare.  Never speaks.  Tends to move in a kind of slow, lurching way.
You can kinda see where this is going, right?  Zombie maid.  Clearly.
But here’s the thing.  Our protagonist and his roommate don’t notice anything unusual about her.  They act like she’s totally normal.  One of them even thinks she’s kinda hot.  Same with other people who stop by.  They all just treat her like... well, the maid.  Or, at the very least, the woman staying at Yakko and Wakko’s place.
And let me save you an assumption.  This wasn’t a comedy movie.  It bordered on melodramatic horror, really.  Except... nobody was horrified.
Well, maybe me...
So what was going on?

I watched the whole damned movie and I still don’t know.  Was she a normal woman who just happened to look and act like a zombie for some reason?  Maybe?  But if that was the case, wouldn’t people comment on it?  Since nobody in the movie ever mentions that the new housekeeper looks like one of the walking dead, it seems like this might be, well, a common thing.  In fact, there are two or three scenes where the characters pretty much treat her like an appliance, even putting her in a storeroom at one point.
But if she was a zombie maid, shouldn’t that come up?  Heck, even if it’s the most normal thing in this world to have undead people cleaning your home, you think someone would mention it.  And plus... the rest of the time they’re talking to her and acting as if she’s a completely normal person.  Hell, like I mentioned before, the roommate’s even mildly obsessed with “how hot she is” and more than once talks about trying to get her in bed.  Which is a bit odd if she’s supposed to be a zombie.  At least worth a small discussion, yes?
The real problem was that I couldn’t tell how to feel about any of this.  Were the guys being jackasses who objectified their maid—which would imply I shouldn’t like them, right?  Or was this a normal reaction, the way you or I would treat the vacuum cleaner when we weren’t using it?  Was the roommate’s desire to have sex with the maid kinda weird?  Full on creepy?  Hell, maybe even normal?  I don’t understand the world, so I don’t have any context to base these reactions in.
And just to be utterly, completely clear—there’s nothing wrong with a story about zombie maids.  That’s the basis for a very cool story.  I’d never say otherwise.  Heck, it’s the basis for Fido, a really fun movie.  But if this is the world I’m setting my story in, I need to be clear this is... well, the world my story’s taking place in.
Now...
All that said, it’s really common to start off with a story set in “the real world”  and then it suddenly veers off into the realm of magic, aliens, and/or elder gods.  We’ve all seen it.  If you like hearing about three act structure, this kinda thing is a common way the first act ends.  Again, nothing wrong with this.  Like I said, it’s really common and I bet we’ve all got a favorite story or six that does this.
Why can they do it?  Well, if you look at these stories, the big reveal that zombie cyborg lizard men are secretly running Wall Street is pretty much always structured as a low-level twist—it doesn’t alter the context, it enhances it.  These reveals force us to look at a lot of earlier story events in a new light.  They don’t actually contradict anything we’ve already seen in those first two or three chapters.  And since they happen early in the story, they’re not asking us to rethink a lot of assumptions or beliefs about these characters or the world they live in.
There’s also another way to pull off this context shift, and it’s one that you’ve probably seen done a couple times.  I do it in Dead Moon.  Heck, J.K. Rowling copied it from the original Predator.  No seriously.
Okay, not seriously.
Just tell them right up front.

Most people tend to forget, but Predator begins with an alien spaceship doing a fly-by of Earth and launching a landing pod as it zooms past.  That’s the very first shot in the movie.  Seriously.  And then it’s half an hour of Arnold and Shane Black shooting guys in the very real-world jungle before we see another hint of the alien.  Same with Harry Potter.  Sure, there’s all that stuff about Harry’s miserable childhood with the Dursleys, but the first chapter’s all about magic cats and a flying motorcycle.  Rowling all but openly says right up front there’s a magic world the Dursleys are desperately trying to ignore, despite their clear connection to it.
What this does is establish right up front these are genre worlds, no matter how normal they may seem as we ease into the story.  When they take their sharp turn, it isn’t out of nowhere. It’s just a reminder of what we’ve already been told.
Y’see, Timmy, without this context, my readers are left in a kind of “anything goes” situation.  Which it makes it really hard to have stakes.  Which means they won’t be able to make any kind of investment in either the plot or the characters.
And no investment means no reason to keep reading.
Next week is a double-header for me.  It’s Valentine’s Day and I have a new book coming out.  Have I mentioned Dead Moon?  Two or three times?  Today?  Okay, just checking.
Anyway, I’m going to be busy on Thursday.  But I’ll probably put something up earlier.  In the spirit of the holiday, I’ve been thinking it’s about time we talked about... you know.
Until then, go write.