Allow Me to Explain...

There’s a storytelling idea, sort of a method, I suppose, that I’d been batting around for a while as a possible topic. Something I see crop up enough that it was worth mentioning in that “something else to keep in mind...” way. I decided to add it to my list of topics here and then, in a weird synchronicity, said problem showed up in a TV miniseries I finally got around to watching and a book I was reading (some formats may be changed to protect... you know).

The miniseries I mentioned involved an aggressive computer virus. And it explained how the virus worked. In detail. It used a few specifics and a few generalities, but it spent three whole scenes explaining this virus, the logic behind how it worked and how it selected targets.

The problem was... even as I was watching this, I could see a bunch of holes in the explanation. Holes that were only pulled wider as the story went on. And my computer skills more or less peaked in the very early 00’s. But I still knew enough to know the virus wouldn’t work the way it was described. Couldn’t. If it chose targets this way, why didn’t it go after that or that? If it propagated like that, how had it reached here and here?

For a brief time I was wondering if this was some sort of foreshadowing that there was more to the virus than was being let on. Maybe some sort of AI or a living virus that had been transcribed but then... mutated or something? But no, in the end it was just a computer virus that didn’t make any sense.

Which was doubly annoying because the virus didn’t really need to be explained in this story. The plot was much more about the repercussions of this thing being loose on the web and how it was affecting lives, society, and so on. The explanation slowed things down. 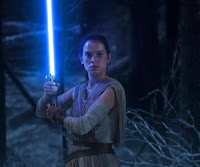 And, yeah, sure—part of this is on me. Any genre story is going to involve a degree of suspension of disbelief. Nobody wants to be the guy picking apart the energy requirements of a lightsaber or arguing how the Hulk can’t be that strong because his muscle/bone density would mean he’d sink into the earth. And as for Mjolnir, look...

Okay, yeah... there are some people out there who love being that guy.

But here’s the thing. I couldn’t’ve picked it apart if the writer hadn’t put so much down in front of me. I wouldn’t’ve had anything to pick apart. I can’t complain about your wardrobe if you never show me your wardrobe. But this writer decided they needed a whole scene (three scenes, really) explaining the computer virus in detail. And the details didn’t match up.

So what does this mean for me if my story needs explanation? I mean, speculative fiction is filled with different forms of technobabble. It’s got FTL drives and magic systems and AI computer viruses and alien life cycles and bringing dinosaurs back with cloning and mutant superheroes and... I mean, I’ve got to explain it all somehow, right?

Maybe? Consider . How much does Crichton (or Spielberg and Koepp) actually tell us about the process of recreating dinosaurs? No, seriously—what do they tell us? If you look back, it’s actually a pretty bare-bones explanation of what’s a fairly complicated process (especially twenty-five years ago!). In fact, it encourages us to fill in a lot of the blanks ourselves and make it seem more complete.

So here’s a few things to keep in mind as I’m writing out that long explanation...

First, be clear if the story really needs this explanation. Is this what the story’s actually about, or is this a minor element I can handwave away or just skip over? Back to the Future gets away with a ridiculously simple explanation of time travel because it’s not really about the time travel. It’s about actions and consequences, and becoming a better person. Time travel’s just the mechanism that lets it happen. It’s just short of being a MacGuffin. We don’t need that explanation the same way we don’t need to read about someone hitting every step on the staircase, how many keystrokes it took to log into their cloud account, or a list of every item of clothing they put on when they got dressed (in order). The reader will fill it in.

Second, if I decide I really need to explain this at length, it’s got to be solid. I’ve waived the right to say “just trust me, it works” and now I need to make this as rigorous and believable as possible. I need to do my research, double-check my logic, triple-check my numbers, and let it marinate overnight in plain-old common sense. Trust me when I say if I get a fact wrong or use garbage science or make a math mistake... people will let me know. I don't even have to ask them. Not only that, but...

Third, I need to keep in mind the more something gets explained, the easier it is to punch holes in that explanation. Like in the example I first mentioned. As the characters went into more and more detail about the computer virus, the flaws in that explanation became more and more apparent. How often have we seen the person digging themselves deeper and deeper because they won’t stop talking? It’s soooooo tempting when we’ve done all that sweet, cool research, but I need to figure out how much explanation my story really needs and stop there. I’ve mentioned screenwriter Bruce Joel Rubin here onceor thrice, and his idea that we experience stories in our gut, but we analyze them in our head. I never, ever want my explanation to drive people into their heads.

Fourth, closely related to the last one, is that this sort of explanation is almost always going to be exposition. Yes, even if I try to work it into a conversation or presentation or something like that. As we’ve talked about here a bunch of times, exposition gets boring really fast because so much of it is either things we already know or things we don’t need to know. For our purposes here, there’s a chance the reader doesn’t even want to know. So if I decide I need this explanation in my story, I need to make sure it’s going to be clever and engaging for the reader.

And that’s me explaining how to explain things.