No, we’re not talking about an M-F-K type game.
I don’t know. Some of you are very clever and inventive.  Maybe we are...

Big surprise, I know a lot of writers.  Honestly, I’m still surprised to be accepted into their ranks.  Any time I’m at a signing or a con party, I kind of feel like Jane Goodall quietly being accepted by the gorillas...
(by which I mean I’m quietly waiting to be mauled)
However, there’s one writer I don’t have that problem with, and that’s the ever-wonderful Elena Hartwell, author of the Eddie Shoes mystery series.  Elena and I have, we recently realized, known each other for almost a quarter-century.  We met back in our early twenties when we were freelance electricians for various San Diego theaters, and we’ve been friends ever since.
Yeah, I’m not sure how the math works, either. Met in our early twenties, pretty sure we’re both in our mid-thirties now... Maybe it’s like Reaganomics. In that it doesn't really work.
Anyway...
I got to attend a signing event Elena did recently in my neighborhood, and during the talk she mentioned a wonderful rule of thumb when it comes to research.  More to the point, when it comes time to start incorporating that research into my writing.  Tattoo this one on your arm.  Or commit it to memory.  Or maybe just bookmark it...
For her books, Elena’s talked to a lot of professionals in various branches of law enforcement and other public servants.  And she noticed a lot of their answer to her questions tended to fall into certain groups...

“We always do this.  No matter what, this is a priority.”
“Well, you think it’d go that way, but the truth is... well, it’s a little more flexible than a lot of people realize.”
“That never happens.  There’s a couple different reasons why, but... it just doesn’t.”

This didn’t really surprise me.  As someone who worked in the film industry for many years, I was very aware of those kind of divisions.  Usually when dealing with people who had a lot of textbook ideas about how the industry worked.  And then having to explain to them, “yeah, here’s how that actually goes.”  Or, far more often, “ha ha ha, no, that never happens...”
I think most jobs work that way.  There’s stuff that always happens, stuff that never happens, and then there’s that gray area where things aren’t well defined or nobody generally talks about it. The stuff that usually happens or, y’know... it’s not unheard of.

I talked to a scientist a while back about lab equipment.  What happens to stuff from old experiments or discontinued projects?  And I wanted to hear it from her because—like in the film industry—I was willing to bet there was the official, rulebook way that everyone gets taught, and then there’s... well, the simple reality of it.  And she laughed and told me, yeah, there’s the expected rules, and for some things you follow the rules to the letter with no deviations. But for a lot of stuff... turns out people are a bit less concerned with what happens to that case of old test tubes or the laptop from 2006.
So, what does all this mean to you, fearless writer?
When we’re doing research, it’s really tempting to bend the facts to fit the story we want to tell.  We have something we like, reality goes against it... so we just choose to ignore reality.  I mean, that’s what fiction is, right? Just ignoring reality to tell a good story.
Not exactly.
When I sit down to do my research—be it books, bugging professionals, or even risking the internet—I should put all the answers into one of three categories.  Always.  Maybe.  Never.

If it’s always true, I need to get it right.
If it’s never true, I shouldn’t have it happen in my story.
If it’s maybe true, in certain cases...  now I can tweak according to what my story needs. 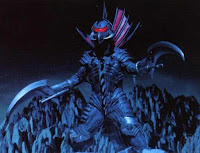 That’s it.  Simple and quick.
Y’see, Timmy, doing this will make my story so much stronger, especially if I’m trying to set it in the real world.  Because by doing this, I'm enforcing those real-world rules.  Heck, even if my story’s set in the kaiju-infested dystopia that is 2217, I should be doing this with my facts.  It’s just me staying true to the rules of that world.
Always. Maybe.  Never.
Next time, I’d like to talk about bullies.
Until then... go write.
Always go write.