First off, many thanks to all of you for your patience. Probably looks dumb as hell, guy who’s got his dream job complaining about being burned out. But the truth is, even a dream job is still a job. And I think for all of us, trying to do your job for the past two years has just been brutal. And it all finally caught up with me. I guess the one big difference is I’m in the very fortunate position of just being able to throw my hands up and say “I’m done” for a week or three.

And it’s helped immensely. I feel rested for the first time in months (almost since before Halloween, really). The new book is back on track. I even think I’ve got a handle on how to deal with the disconnect between my new word processing program (say hello, LibreOffice Writer) and the blog site here. Yes, you may have noticed some odd formatting over the past half-dozen or so posts.

So again, thanks to all of you for your patience.

Anyway... I know I promised to talk about languages next time I put up something new, but I figured it’s probably worth mentioning that big potential shift coming up in the internet. You know. That guy. The one with so much money he literally doesn’t know what to do with it, so he just keeps making questionable choices and never suffering any repercussions. Will things go forward? Will they collapse? Will he get bored and sort of wander off like he’s done for so many other loudly proclaimed offers and deals?

No, seriously. I think there’s good reason to be worried if a guy like that ended up in charge of a major worldwide communication system. He has an extreme “rich white man/ never dealt with a real problem in my life” view of the world. I also think... well, like I mentioned above, he does have a real follow-through problem. I’d say it’s 50-50 at best that this sale even happens. Seriously.

It’s an odd bit of synchronicity that just as I’m coming back from a break on this particular platform, as my fellow youths like to say, and there’s a potential upset at the other big one I spend a lot of time at. Makes you think, as my fellow olds often say. About social media and the role it plays in our lives and our careers.

For a few months now I’ve been looking at this site (which is still here on Blogspot, fer cripes sake) and thinking I should really migrate it over to my website and have everything contained there. One thing this past week’s highlighted is how fragile things can be on the internet. One buyout, one new executive who doesn’t like that balance sheet, and everything can change in minutes. Like, actual minutes.

I also know one reason I’ve been dragging my feet on doing it is because I’ll lose all the links in these posts. Bam, all that interconnectedness and easy reference gone. I could rebuild it, but it’d take time. A lot of time. And I am, y’know, working on other things... 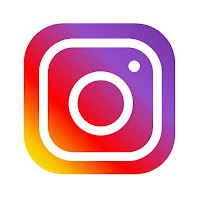 All that said, I’m probably going to stay on Twitter for the foreseeable future. We’ll have to see how it goes there over the next few months. If you’re so interested, there’s also Instagram, which is mostly toys and cats, yeah, but some book stuff too. With all this going on, I set up an account on Counter.Social just because a few folks I know were over there and I figured it might not be a bad thing to claim my name there, so to speak. And someone reminded me I had a Mastodon account I hadn’t used in a while, so I’ve dusted that off and made sure the engine still runs. If you’re on any of these sites, please come find me and listen to my daily prattling. If nothing else, you’ll know when this site gets updated.

And please do keep an eye out here. I’ve got a few cool things planned out for the month of May. I think they’re cool, anyway. That foreign language post, talkin’ about three act structure a bit, and maybe a rambly birthday post or two, as I’ve done once or thrice in the past.

So we’ve all got that to look forward to.