Hey, remember when I said if you post questions in the comments I’d try to answer them?

“Do you think it's still possible to get a book published without any social media presence? Asking because I finished a manuscript. I'm just opposed to social media in general, so I'm sort of wondering if my book is DOA just because the idea of using something like Facebook is a deal breaker.”

Not word for word, but that was the thrust of their question. And questions get answers!

Okay, I’ve seen variations of this floating around the interwebs for a few years now, and it’s come up once or thrice at the Writers Coffeehouse. Y’know, back in the before-time. When we all met in person.

I’m getting my second shot next week. How about you?

This isn’t an easy yes or no question, but I’ll try my best. As always, this is based off my own experience, but I’m also considering what I know/have seen from other authors, things I’ve bounced off a few agents I know (including my own), and talking with some editors.

So a big following on Facebook, Twitter, Instagram, TikTok, or... I don’t know, is Tumblr even still a thing? A big social media following isn’t strictly necessary for a non-fiction book, but it’s definitely going to help if I’ve got one. And what counts as “big” is going to depend a lot on how niche my book is. If I’m writing a political book intended to reach half the country, I probably want a larger following than if I’ve written a book on, say, the psychology of Rom embodying the sci-fi trope of paranoia vs. trust.

If we’re talking about fiction, this is kind of flipped. Most agents and editors neither require nor expect a big social media following. They don’t. Honest. Because, realistically... why would I have one? I mean, sure, I’ve got family and friends, and maybe a dozen or so people follow me for my insightful takes on Rom, but that’s still only going to add up to what... fifty or sixty people? Those publishing folks are aware that one aspect of being an unknown author is being, well, unknown. Seriously, think about it. If I’m not a known entity, why would I possibly have an online following of a size that could notably affect book sales?

Plus, sad truth is... social media doesn’t sell a lot of books. Either partaking in it or advertising on it. It sells one or two, sure, and it lets the fans I already have know I’ve got a book coming out. But let’s be honest—you and I both get hit with promoted tweets and Facebook ads every day. Well, okay, I deleted my Facebook account over a year ago. Instagram ads, then. Point is... we ignore them most of the time, don’t we? And we ignore that guy who’s always going “Hey, buy my book! Buy my book! Buy MY book! Buy my BOOK! HEY! MY BOOK! BUY IT!”

It’s just not what most of us are on social media for, and publishers know this. Because they’re people too. And their business is selling books.

We barely saw a ripple in sales. The book sold a little more that quarter, but it was selling a little more every quarter. Even with a million sets of eyes, there wasn’t a big spike we could call “the Fillion Effect” or anything like that.

Now, in all fairness—a publisher usually wouldn’t be upset if I did have a few hundred thousand followers and I liked hanging out on social media. It does make getting the word out there a bit easier. But again, it’s not going to affect if they pick up my book or not, because it’s not really going to sell a lot of books.

And if it does affect how a publisher's looking at my book... that’s a little bit of a red flag, in my opinion. If they're that concerned with my social media, it might be a sign they’re expecting me to do all the marketing and publicity. And since social media doesn’t sell books (see above), that’s not really a winning strategy.

So, no. Absolute not necessary to have a social media account.

Now, let me toss out one last bit of advice that kind of applies either way... 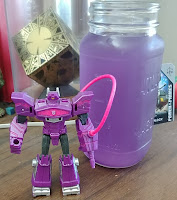 Social media is about, well, being social. Honest interaction. When people interact with me on Twitter or Instagram or whatever’s coming next, they’re expecting to interact with me. Not my assistant. Not my sales plan (as mentioned above). Not my month of pre-scheduled posts. They just want a sense of... me. That’s why most of my Twitter and Instagram is about interacting with friends, toys, cats, and B-movies. Occasionally some tabletop games or politics (if I’m especially frustrated by something). And most people seem to like it. That’s just who I am, and I enjoy sharing the stuff I'm interested in and/or love. I’ve got friends who put up pet pics, some who play random games, some who like taking weird photos of the world or themselves. It’s whatever you enjoy doing, because that honest enjoyment shines through.

If someone’s not really into social media, if they don’t want to deal with that interaction or whatever level of responsibility they think it needs to be... fine. Don’t do it. Seriously. People will sense that insincerity, that I see this more as an obligation than an honest interaction. And they won’t be that into it. Better to honestly not be on social media than be on it in a dishonest, disinterested way.

One last thing, which ties back to that insincerity. Let’s say I decide I don’t want to leave anything to chance. If a big follower count only increases my odds of getting picked up by 0.83%, I’ll still take what I can get! In this scenario, it might be tempting to do a lot of things in an attempt to artificially boost my follower count. Following back everyone who follows me, for example, trying to jump on whatever trend I can, or maybe even paying for likes and followers.

Editors and agents can spot this stuff just like you and I can. Again, they’re people. A lot of them have social media accounts of their own. And if they see I’ve got 50,000 followers but I’m following 49,892 people... well, they’re going to have a good sense of how wide my reach really is.

But again... it doesn’t really matter for a fiction book.

Anyway... regular post on Thursday. Clowns and true love. See you then.