Wow. Between the last post and Twitter, the response to this series idea has been amazing. Thank you all for your interest. I think the last time something got this much response I was explaining why I thought you should always use the Oxford comma, almost ten years ago this very night....

Welcome to the first of what will hopefully be an amazing and not-too-rambly twelve part series about book writing. Well, really this is going to be about how to tell a story. So these concepts we’re talking about are going to apply across a lot of different storytelling formats.

Why am I calling it A2Q? Well, first off it makes me look all hip, swapping in the 2 instead of to. Second, it’s because we’ve all heard A to Z so many times our eyes slide right past it, while you’ll remember A to Q because it’s weird sounding and absurd. I mean, the last time Q was even remotely worth paying attention to was back when John DeLancie played him. Everything since then’s been utter nonsense. So we’re taking Q back, people!

Finally, it’s an easy overall tag I can slap on this whole series that’ll end up right at the top of the tag cloud over there on the right (yeah, check it out—never noticed that before did you), so you can refer back to all of these later.

Also, I’m starting this off with the idea that all of us are working with the same basic tools here. I’m not going to talk much about vocabulary, spelling, grammar, or any of that (though they may come up a bit somewhere down the road). Nobody’s going to fault me because I didn’t bring a conduit bender to the job site, but if I don’t even have a hammer and a pair of pliers in my toolbag... well, maybe I’m not ready for this quite yet. 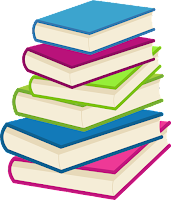 Also-also, from this point on in the series, I’m probably going to be saying book and novel a lot here. Like I mentioned above, the basic storytelling ideas we’re going to be talking about can apply to a lot of different formats—books, short stories, comics, movies, and more. But for this discussion, story is going to mean something very specific, and I don’t want things to get confusing. So book or novel is going to refer to our overall manuscript, while story is going to refer to... well, we’ll get into that in part four.

So with all that said, let’s begin where most books begin... with a basic idea.

Ideas are the foundation of all of this. Pretty much every story—sci-fi, horror, mystery, romance, whatever—begins with us asking “what if...?” and running with it. Some stories have really basic ideas behind them. Some have really wild ones. Both types can work great in stories.

It’s also worth mentioning that ideas are super common. Like, so common they’re pretty much worthless. They’re like rocks. It’s really important to understand this, because that understanding’s going to let us take our first big step.

Yes, an idea on its own is worthless. An idea is not a story or an epic and it’s definitely not worth a $50,000 advance from a publisher. It’s just an idea. And every one of them starts out as a raw, blobby thing on the edge of our mind.

This causes problems for all of us when we’re starting out because we want good ideas. We want that $50,000 advance and the Nobel for literature, so our ideas have to be the best ones we can think of. No half-baked, crappy ideas for us, right?

Except... that’s how all ideas start out—as half-baked, crappy blobs. An analogy I’ve used before is diamonds. In their natural state, they’re crusty, dark, lumpy things. It’s only after lots of cutting and shaping and polishing that we end up with what we think of as a diamond. Over the years, I’ve noticed when most people sit down to start writing (physically or metaphorically) they do one of two things when they encounter these idea-diamonds. 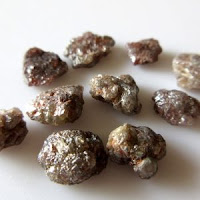 One group of aspiring writers—the larger group, I think—finds those crusty idea-lumps and gets frustrated that they’re only finding... well, lumps. We end up tossing them aside to look for the good ideas. We want to find the shining, sparkling thing that everyone immediately is going to recognize as a brilliant idea.

The other group finds that crusty lump, mounts it on a ring, and asks for the $50,000. Heck, we can find these things all over the place. Here’s five, six, seven—heck, I’ve got so many ideas you should probably just give me half a million to start. And somebody call the head of . They’ll probably want to offer a briefcase with a million in it for movie rights. Heck, tell ‘em to bring two briefcases—I’ll have some more ideas by the time they get here.

This is really the same misconception seen from two different sides. One group’s assuming the idea isn’t any good, so they’re just leaving it on the ground. The other group’s assuming the idea must be good just because they picked it up. But really, whichever group I’m in, I’m ignoring the fact that ideas need work before they’re worth anything. I’m going to have to look at them, weigh them, and consider them from a bunch of angles. Maybe even make a few preliminary cuts and shine it up a little, just to get a good sense of them

With me so far? I know, the diamond analogy wobbled a bit in there. Hang on, I’m going to use it for a few more paragraphs.

So this brings us to the next big question which is... how do we know? There are all these rocks and only some of them are diamonds in the rough, and only some of those are going to make good gemstones. What criteria should we be using to tell which is which?

Well, y’see Timmy, here’s where it gets a bit ugly. The truth is, a lot of the time we can’t tell. Because, again, an idea on its own is kinda worthless. We’re not just cutting and polishing diamonds—we’re making diamond puzzle pieces. A lot of what makes this idea good and worthwhile is going to be how it interacts with this idea or that idea. As we do this more often and get more experienced, we’ll be able to spot the ones that fit into the puzzle easier, and even have a sense where they go. And, likewise, we’ll be able to see that the tabs on this piece are too small and don’t match any of the others, and to say “Wow, this piece of King Tut’s mask shouldn’t be in here with the world map.”

Short version of all this—we shouldn’t get paralyzed right at the start wondering if our ideas are phenomenal. Odds are they aren’t. But we’ll find some diamonds in the rough, and once we get used to spotting them it’ll be an easier (and quicker) process to find them next time.

On a related note, we also want to keep in mind that at this very fine, granular level, a lot of ideas are going to look similar. An idea is probably the basic building block of any book, and a lot of basics are similar. One brick looks a lot like every other brick. This cup of flour looks a lot like that one. I shouldn’t freak out if somebody has already thought of “they’re all clones” or “high school outcast dates the cheerleader” or “they were dead the whole time.” Some of you may remember the tale of how John Scalzi and I once both came up with the same basic idea at the same time, but the way we used it and connected it to other ideas was pretty different.

And this is a lot more than I intended to blab on about ideas. But hey, the idea is our basic building block. We’re going to keep coming back to this. It’s not bad to really be clear about it right from the start. Right?

Next time for A2Q, probably week after next, I’m going to talk about how we take a couple of these ideas and line them up into a plot.

Next time here on the ranty blog, I wanted to talk about where the action is.