So, a few weeks ago I got to witness an all-too common event.  The person whining about how “they stole my idea!”  Who they were isn’t important.  Sad truth is, it was a nonsense claim, one we’ve all seen more than a few times.
Here’s an ugly truth that all half-decent writers know.  Ideas are cheap.  They’re cheap, borderline worthless, because they’re common.  Ridiculously common.  I can say with absolute certainty that I have more ideas for books than I am ever going to be able to write.  Seriously, even if I live to be a hundred, I’m pretty full up.  And know what? I’m going to have more ideas tomorrow. And the day after that.
Not only that, but a lot of time my ideas will line up with the ideas other people have.  This is called parallel creation, and it happens a lot.  Especially when you consider how many folks come up with ideas they never do anything with. 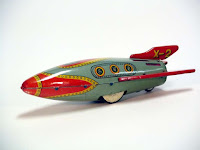 Here’s an absolutely true story.  Throughout 2008 and 2009, I placed in a few screenplay contests with a script I wrote called Reality Check.  It was about the crew of a retro-style spaceship who slowly come to realize they’re actually characters in a 1950s serial. Eventually, they figure out how to escape into the real world—which turns out to be a far more terrifying and dangerous place than they’re prepared to deal with. Especially when one of their mortal enemies follows them through.
If this sounds vaguely familiar, it should.  It’s got a lot of the same elements as John Scalzi’s Redshirts, a ridiculously fun book that came out about two years after I won my last contest with Reality Check (if memory serves, I got a free copy of Final Draft for that one).
Now, I’m sure some people would go nuts and start shrieking about plagiarism and lawsuits.  Heck, I was dragged into a court case a few years back which was pretty clearly just weak parallel creation, but someone decided to sue over it anyway.  And lost.
Simple truth is, Scalzi and I have never met (I think we were rushed past each other once at NYCC, but I’m not even sure of that). To the best of my knowledge he’s never been a judge or reader for a screenwriting contest.  I have absolutely no reason to think he ever saw my story.  We’re just two guys about the same age with similar educations, backgrounds, and interests who happened to look at something the same way and both decided to do something with it.  I wrote a screenplay, he wrote a novel.  That’s parallel creation.
There’s also a funny rule of thumb I heard a while back that I think is, alas, horribly true.  The level of worry someone has about their idea being stolen is usually an inverse ratio to how good that idea actually is.  In other words, people tend to get really paranoid about their bad clichés and tropes being stolen.  That court case I mentioned before?  It was based off some ridiculously common clichés.  I mean, embarrassingly common.  I actually laughed out loud when the lawyer told me they were part of the core basis of the lawsuit.
Y’see, Timmy, we all have ideas.  And the simple truth is, there’s somebody out there with the same influences, the same education, the same resources as me who’s having the same idea.  Maybe even ten or twenty people.
Now, let me bring up a related point to keep in mind about ideas. In fact, here’s another story.  Genders, genres, and other facts have been changed (or maybe not) to protect the semi-innocent...
I was at a convention a while back and one of the other attending authors offered me a copy of her book.  My to-read list is so huge I generally don’t accept such offers, but she was insistent so I said sure.  And then it slowly worked its way through my to-read pile until it was at the top.
Said book was a fantasy novel that was aiming for a Game of Thrones-type feel.  It was very big on swordfighting.  Sword vs. sword, sword vs. axe,  sword vs. two swords, sword vs. sword and a dagger...

It just went on and on like this.  Every fifth or sixth page had a sword fight. Or a flashback to a sword fight.  Or someone talking about what they were going to do to someone else in an upcoming sword fight.
And every battle ended bloody.  No mercy in this world.  Everyone either loses a head or an arm or gets impaled.  Sometimes all three.  Blood and guts sprayed everywhere and got on everyone.  House of a 1000 Corpses looked clean and sanitized compared to this book.
Needless to say... it wasn’t that good.  There were several places where the book bordered on awful.  I read about fifty pages and skimmed the rest.  More sword fights.  More blood.  A few beatings.  The non-stop action wasn’t the only issue, alas, but it was the one that matters for today.
Y’see, some of these battles were actually kind of clever.  They did things I hadn’t seen before in books or on screen. The way they approached a character or their training.  Some of the ways the fights went.  How some of them were described.
But it’s not enough just to be original.  My book needs to be coherent, both in plot and in structure.  It needs to have flow.  These are the things that tie my ideas together and turn them into a story.
I’ve mentioned before that ideas are rarely more than plot points, and a pile of plot points is not the same thing as a plot.  No matter how clever my idea is, it’s not going to automatically make my story into a good story.  Especially if... well, I don’t have a story.  And an idea without a story is...
Well, it’s borderline worthless.
Next time, I’d like to put a few thoughts on the block.
Until then... go write.