This week, I wanted to talk a bit about a familiar malady we’ve all heard of—writer’s block.
It happens to all of us. Y’know, four out of five writers experience writer’s block at some point in their career.  Almost 83% on average end up...
Okay, that’s not true.
None of it.
I’ve got to be honest. I fall into the same camp as Isaac Asimov and Piers Anthony.  I just don’t believe in writer’s block.  Sorry.
Now, let me be clear.  Yeah, there are days that I hate writing.  Of course there are.  This is a full time job for me, and guess what—like everyone else on Earth, there are days I hate my job.

Don’t get me wrong.  It’s a fantastic job, it’s the job I’ve wanted pretty much my whole life (aside from brief dabblings with “astronaut” and “giant robot pilot”)... but there are days it frustrates me. There are days I pull my hair out. There are days I still worry if I’m good enough, days I fret about my future, and days I wonder if I should’ve just sucked it up and found another job as a prop master.
But... I never have writer’s block.
There’s always something I want to write.  I never have a shortage of words or ideas.  I never stare at the screen and can’t come up with anything.
I think--and this is all just my opinion, so YMMV—that writer’s block is kind of a made up thing, like the muse.  It’s an easy excuse not to write.  When I see people online talking about being blocked for months or years... I have to be honest, I just don’t buy it.
I think writer’s block tends to boil down to three very real, very relatable things...
First is a voice issue.  Or maybe an empathy issue.  Kinda the same thing, for our purposes here.
Let me explain.
A few weeks ago at the Writers Coffeehouse, we talked a bit about voice.  I think—especially when we start out—a lot of us tend to write the way we speak.  Maybe a little cleaner or clearer, but it’s not that odd for writing patterns to match up with speech patterns.  Our narrative voice uses all the same words and phrases and metaphors that we do in our day to day life, because that comes naturally.  Makes sense, right?
Thing is, when we go to write... things stop matching up.  If we’re any good at this writing thing, we recognize that high elf ladies probably don’t talk like office drones from Dallas or check out clerks from Portland.  They’re going to have different vocabularies and cadences.  They’re not going to sound like me.
Suddenly I’m not writing “naturally” anymore.  This takes effort!  It’s work.  It means I need to put myself in a different headspace and look at the world—even my fictional world—in different ways.
I think this particular form of writer’s block eliminates a lot of folks from the pool, one way or another. Either they keep going, writing dozens of different characters that all sound pretty much the same... or they give up because they can’t make them sound different.  And those folks will talk about being blocked. How they couldn’t get the ideas to flow or the characters didn’t want to come out or something like that...
The second thing behind writer’s block is fear.  Plain old-fashioned fear. 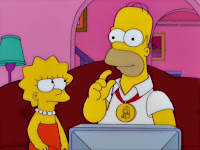 I’ve talked about this before.  I think a lot of times when people say they can’t write, it’s more that they’re worried the stuff they are writing isn’t good enough.  Is this page, this paragraph, this sentence as good as it could be?  Have I used the best words?  The best description?  Is this the best way to phrase this?  Will this win me a Pulitzer or get me mocked on GoodReads?
I think most of us go through this phase at one point or another.  We start over-analyzing our work and second-guessing everything we put down.  I’ve mentioned the term paralysis by analysis before, which I think sums this up perfectly.  We get so scared at the thought of doing something wrong—something that isn’t perfect—that we don’t do anything.  We freeze up.  We get... blocked.
But we already know the solution to this one, too.  It’s just admitting that my work isn’t going to be perfect the first time out.  Perhaps not the second, either. It’s going to need editing.  Second and third and fourth drafts.  Maybe even full rewrites.  That’s just the way writing goes. And once I realize this—once I can really admit it to myself—I can get past that fear and my productivity will go through the roof.
And this brings us to the third thing behind writer’s block. And this is the tough one. The hardest one to deal with.
Sometimes people have writer’s block because they don’t have anything to write.
There’s a lot of reasons people sit down and try to write.  Sometimes they think it’s easy.  Often they have a clever idea, but no real story.  Maybe they want the adoration for a finished work more than they want to... well, finish something.
This sounds harsh, I know, but I think most of us know someone like this.  Someone who isn’t suffering from writers block, they just like the idea of being a writer more than the reality of being a writer.  Because the reality is that this isn’t easy—it’s a lot of work.  Some people just aren’t cut out for it.
And look, if that’s you... this is a good thing.  Personally, if this isn’t what I’m made for, I’d rather know sooner than later.  Maybe I love writing as a recreational thing, but I’m just not geared to do it professionally.  That’s how I am with cooking.  And drawing.  And cosplay.  And running.  I like it, I have some rough talent for it, but I freely admit I’m not mentally wired to do it as more than a pastime.  If I hit a rough patch... well, I just shift to something else.
Like some folks do with writing.
Y’see, Timmy, if you ask me, writer’s block is really just a big, catch-all name we throw over other problems.  Inexperience.  Fear.  Lack of interest. It’s intimidating when it’s a vague concept, but once we break it down into an actual issue, we can address it and deal with it.
And beat it.
Next time, I’d like to talk about the type of story I’m working on.
Until then... go write.