So, two weeks back I mentioned an online conversation I had with a friend of mine. At least, the first half of it. I wanted to ramble on a bit now about the second half of that conversation and expand on some of the thoughts and ideas it sparked.

The topic is, what do you write?

There’s two ways to read that question. One could be reworded to that ever-popular, where do you get your ideas? I’m sure most of you reading this have heard a few of the punchier answers to that query. Some people want to sit down and write, but have no idea what to write about, while other people polish off a new screenplay over a long weekend.

There’s one very important thing any writer needs to understand if they want to be successful. Ideas are cheap. Ridiculously cheap. They’re a dime a dozen. I would guess on an average day I have at least ten ideas for books, short stories, screenplays, or television episodes. Last year one blogger (and for the life of me I can’t recall who) posted an idea on her page every day for the entire year, just to demonstrate how simple and cheap ideas are.

Now, from where I’m sitting, there are two issues beginning writers often hit when it comes to ideas, and they’re really two flipsides of the same problem.

Some folks lament that they never have good ideas. Yeah, they have a couple clever thoughts, but none of them are on that high level like Jurassic Park or American Gods or The Girl with the Dragon Tattoo. The ideas these people come up with are... well, kind of pedestrian. They’re not worth writing about, so these folks don’t write. They hold off and wait for the good ideas to strike.

The second group has too many ideas. They’re barely done writing their fourth screenplay this month when they get an idea for a series of epic novels. And they’re only on the second one of those when they think up a hit television series (which, naturally, leads back to a movie franchise).

Both of these groups are suffering from the same misconception. They think anything that goes on the page has to be pure, award-winning gold. The difference is that the first group won’t put anything down because they know it isn’t gold, and the other folks are assuming it must be gold because they got it on the page. Make sense?

The catch, of course, is that most of the stuff that you put down isn’t going to be gold. It’s going to be rewritten and edited down and polished. 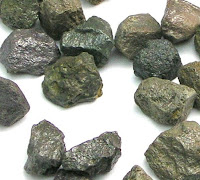 Don’t think of story ideas as gold, think of them as diamonds. When a diamond first gets discovered, it’s a black, crusty, misshapen thing. Its got potential value, but not much past that. Diamonds need to be cut and recut, measured and examined, cut one more time, polished, and placed in a setting. Then they’re worth something.

The first group is tossing out all those black, coarse stones because none of them look like engagement rings. The second group is sticking the little lumps on gold bands and asking three months salary for them. Hopefully it’s easy to see why neither of these is the right approach.

So, once you’ve got an idea, it needs work. It’s not ready to go as is. Which brings us to the back half of this week’s rant.

The second way to read “what do you write?” is to ask which of these ideas do you pursue? If you have three or four solid ideas, which one do you start working on? How do you pick the idea you start with?

Well, first you need to keep in mind that one idea all on its own rarely translates to a story. “Some kids go to a haunted house,” is an idea, yes, but there’s not really a bestselling novel there. Likewise, you can’t do much if all you’ve got is “a girl who wants to build a time machine.” Just like cooking, you can’t make a story with only one ingredient. An egg on its own is an egg. An egg with cheese (and maybe a little turkey and a dash of pepper) is an omelette.

Once you understand this, then it just comes down to writing. How do the kids going to the haunted house and the girl who wants to build a time machine intersect and overlap? Is the girl one of the kids? Is the haunted house her secret lab? Is she going to rescue them? Is she hiding there after being made fun of and they’re coming to save her? Is anyone going to die in this house? Will anyone make it out? Is it just part of a plan cooked up by Mr. Haversham, the carnival owner?

Is that a hand in the back? Ahhh, yes. The question is, but what if the idea leads to a dead end? How do you know it’s a good idea until you actually sit down and write it? This one’s easy to answer.

Again, this kind of thinking goes back to that “it has to be gold” mentality. Sometimes you work your way through a hundred pages and discover there’s just nothing there. You wrote a chapter (or a bunch of chapters) that don’t work for one reason or another. Maybe more than one reason. Sure you could cheat a bit, tweak a few things, maybe toss out a deus ex machina or three, but in the end it doesn’t work because it doesn’t work. There’s no clever phrase or substituted word that’s going to change it.

I know a lot of people have trouble accepting this, even though it’s something we’ve all seen in other jobs. Chefs come up with recipes they never use. Architects design buildings that are never constructed. Hell, how much money does the auto industry spend on concept cars each year?

Once or thrice here I’ve mentioned a rule Stephen King talks about in his phenomenal book On Writing (there’s a link to it in that carousel at the bottom of the page). Said rule is--

You remember that one, yes?

Well, if Mr. King follows his own rule--and we’ll assume he’s not a hypocrite--lets do a little math. The final version of Under The Dome is 1072 typeset pages. Even if we say there weren’t any other cuts in later drafts, that implies he cut just over 119 pages from his first draft. In standard manuscript format (Courier, double-spaced), that’s closer to 240 pages. Heck, that’s almost half of Ex-Patriots. It’s almost 2/3 of Ex-Heroes. Think about that. He typed up 240 pages of character and plot and description... and then tossed all that work.

Y’see, Timmy, almost every writer puts out a fair degree of material that’s never going to be seen by anyone. Again, don’t get paralyzed wondering if the next words on the page are going to be gold. Odds are they aren’t. But you will find some diamonds in the rough, and once you know how to spot them it’ll be an easier (and quicker) process to find them.

For now... take what you’ve got and work with that. There’s a good chance there’s a diamond or two in there somewhere. If you really put the work into it.

Next time, on a somewhat related note... well, contest season is lapping at my ankles. Which means more bad scripts to read. So we’ll talk about some of those.