The Most Basic of Basics

I don’t have a lot of time this week because tomorrow is the start of (cue cheering) WonderCon in .  I’m going to be there hanging out for parts, signing some books, and Sunday I’ll be holding a two hour version of the Writer’s Coffeehouse.  Please feel free to stop by, say hi, and listen to me talk about this crazy business of writing stuff.

Keeping in mind our limited time, I wanted to take a quirk moment to chat with you about one of the most important thing to learn in storytelling.  This can easily be a make-or-break thing.  I’ve heard contest directors talk about it, agents talk about it, editors talk about it.  They all see it constantly and it makes all of them roll their eyes.

I’ve got to know how to spell if I want to make it as a writer.

Now I’m sure a couple folks have already rolled there own eyes and moved on to watching some cool YouTube videos.  I mean, I said this was going to be about basics, but nobody thought we’d go this basic, right?  We don’t need a grade school refresher.  Besides, its the 21st century.  People have spellcheckers on their phones!  Technology’s made knowing how to sell pointless.

Well...  As I’ve talked about once or thrice before, spellcheckers are pretty much idiots.  They can tell me if a word’s spelled right, but they can’t tell me if it’s the right word.  It’s the classic there, their, or they’re argument.

And that’s the vocabulary half of this.  Some of the greatest computers out there are pretty bad when it comes to understanding grammar, which means it’s doubtful they’re always going to know which word I’m trying to use.  Which means there’s a good chance it doesn’t’ actually know if this word is spelled right or not.  Did I want there or their?  Only one of them’s correct, and if I don’t know which it’s supposed to be...

F’r example, check out this list.  I’ve done this sort of thing before.  These are all words people used in articles on fairly popular, journalistic websites (some news, some entertainment) pared up with the word they meant to use.  I’m willing to bet all those articles were spellchecked and given a good thumbs up from the computer, but the writer didn’t know the difference.  Or maybe their editor.  Or maybe both of them

Yeah, a couple of those are laughable, I know, but I swear I didn’t make any of these up.  They meant to use X, but they printed Y. A couple of these I’ve seen multiple tines, even. 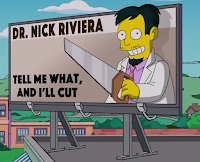 And I’m sure you know what they all mean, right?  You wouldn’t be laughing if you didn’t know both of the words.  If I only know one of them, well... that’s not entirely helpful, is it?  Especially as a writer.  Words are supposed to be my thing, the raw material of my trade, but I don’t know what they mean?  Would you want surgery from a doctor who knew what some of your organs did?

Now, a common defense I see for this a lot is that I don’t need to know.  Spelling’s not that important, and it’s all just an arbitrary constrict, anyway.  Readers will get my meaning from context.  If I meant polls and I wrote poles, when it’s actually in a sentence people will still understand what I’m trying to say

Yeah.  Yeah, they will.  That’s why most readers and agents and editors will excuse a mistake or two.  We’re all human.  We make typos.  We get a little tired and bleary-eyed during that line edit the day before a book’s due (not that I’ve ever done that...).

But, y’see, Timmy, if I don’t know how to spell, if I don’t know my vocabulary, if I’m just depending on the computer too do it all for me... I’m going to make more of these mistakes.  More and more, the longer my manuscript is.  Dozens, maybe hundreds of them.

And, yeah, we’ll all gloss over one or two points where we just need to get it from context.  Maybe even three or four.  But there hits a point—and it really isn’t that high—where we start to wonder if this person really knows what they’re doing.  Again, how many times do you really want to here your doctor joke “Wow, what do you think that does?”

Well, I’ve littered half a dozen or so of these mistakes all through this little rant.  You probably noticed some and chuckled.  Hopefully all of them.  I’m tempted to say someone might even leap down halfway through reading this to comment on the irony of my post on spelling having such blatant spelling errors.  And they’d be kinda justified.  Here I am, trying to say I understand the craft, that my words are worth your time, worth reading, and yet...

It’s understandable that they’d shake their head, scoff, and say “oh, no, good sir.  Not you.  Not today.”

To put it another way, we’d understand if I got rejected over that kind of thing.

And I don’t want to see anybody here rejected over that kind of thing.

Next time, I want to talk about what you can do.  Or, really, what your characters can do.