Very sorry this is so late.  I mentioned last time that I was working on a major rewrite of the new book which was due last week.  Then I looked at it again over the weekend and asked my editor if I could take another pass at the last fifty pages before he read it.  And he said I could, because he's very forgiving of my screw-ups since I own up to all of them.  Which is why I’m late this week.
But enough with the excuses.
Speaking of last time, it struck me a while back that I've never talked about why I end every one of these little rants with “Go write.”  Is it supposed to be a clever catchphrase or something?  Encouragement?
Let me answer that by telling you a funny story about Plimoth Plantation.
No, it’s relevant.  Really.

While I mostly grew up in Maine, I spent my high school years in Plymouth, Massachusetts.  Yes, the same Plymouth as the rock and the Pilgrims and the Mayflower and all that.  One of the big tourist attractions is Plimoth Plantation, a recreation of the original colony (with original spelling) complete with actors playing specific historical roles.  You can walk in and the colonists will talk to you, answer questions, and usually ask about your odd (modern) clothes.
Every year in Plimoth Plantation is 1627.  It replays again and again, following the historical record.  Births, deaths, marriages, and so on.  A friend of mine worked there for a few years with her parents, and because of her age she was assigned a specific role.  Part of her role was getting married at the end of the summer to another historical  character, Experience Mitchell (ahhh, have to love those Puritan names).  The catch was that my friend was kind of interested in another Pilgrim.  So on “the big day,” one of her co-workers gave her a wedding gift in the changing room, a t-shirt that said...

Experience is what you get when you don’t get what you want.

I laughed when she told me about it, but the phrase stuck with me.  Mostly because it’s true.  If you talk to anyone who’s considered experienced, it’s because they failed or screwed up.  A lot.
Now let’s jump forward a bit.
Comic writer and artist Brian Michael Bendis has a new book out called Words For Pictures.  We happen to have the same publisher (well, where this book’s concerned) and the director of marketing slipped me a copy while I was at San Diego Comic-Con last month.  I read it as soon as I got home.  It’s great, you should buy a copy.
Words For Pictures is mostly (as the title implies) about writing for comics.  But there’s a lot of solid advice in there for writing in general.  In fact, it was interesting to see that Bendis addresses a lot of the same points in his book that I have here on the ranty blog.  In pretty much the same ways.
One of them is this.  To be a writer, I need to write.  I need to write a lot.  You’ve probably heard this before.  Many people have said the same thing.
Here’s the part you probably haven’t heard.
The reason everyone says to write a lot is that we’re all going to put out a lot of crap.
Tons of it.
I believe it was Neil Gaiman (in one of his books) who said that everyone has at least three great stories in them.  While I believe this is true, I think there’s an unspoken corollary there which is just as important.  All of us have lots and lots of bad stories in us.  Dozens of them.  Maybe even hundreds.  We have contrived plots, weak characters, awful dialogue, and  terrible structure 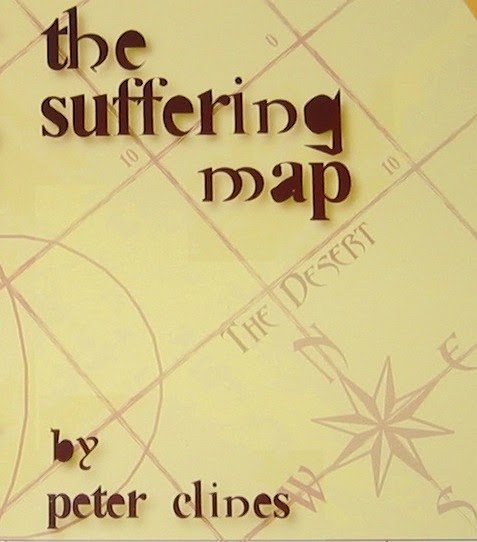 I wrote a ton of bad stuff that none of you ever have—or ever will—see.  I spent about twenty years getting out all my bad stories and habits.  My first attempt at a novel (in third grade), Lizard Men From the Center of the Earth.  My Doctor Who and Boba Fett fan-fiction.  My middle-school sci-fi novel.  My junior high fantasy novel.  My high school werewolf-detective novel.  My college novel, The Trinity.  My after-college-moved-to-California novel, The Suffering Map (which went through eight or nine full drafts).  Plus a ton of comic scripts, short stories, screenplays, and I think even one or two attempts at stage plays.  Thousands of pages.  Thousands of hours of work.
Some of you may have noticed I’m in no rush to self-publish these, despite the constant assurances from some quarters of easy money.
Why?
Because, pretty much across the board, they suck.
My early work sucks.  It’s bad.  I spent days and days writing stuff that should never see the light of day.  I have no problem admitting it.  In fact, it was being able to admit it that let me move from being a random dabbler to a serious writer.  I dug through all the bad stories and found the good ones underneath.  Maybe even one or two great ones.
Writing all those stories was my experience.  Whenever you hear about an overnight success or an amazing “first” novel, odds are that writer really has a long string of work—and a lot of failures—behind them.
We accept that in every field of work someone needs a certain level of mastery and experience before they’ll be considered a professional.  Taking an auto shop class in high school doesn’t make me a mechanic, and taking a CPR class doesn’t make me a doctor.  Home Ec didn’t make me a chef, and oddly enough the White House hasn’t called me about any foreign policy decisions, despite my B+ in history.
And these people have screwed up, too, on their path to being a professional.  Ask your mechanic and she or he probably broke a couple cars while learning how to fix them.  Lots of doctors misdiagnose patients, and some patients die from these mistakes.  Your favorite chef cooked a lot of really bad food over the years.  Some of the better politicians are the ones who admit they were wrong about an earlier position they held.
And we understand that in all of these fields, these mistakes are part of the learning curve.  I don’t get the success, but I get the experience.  It’s why it takes so long to become a doctor or a chef or even a mechanic.
Or a writer.
This is one of the reasons I harp on spelling so much.  It’s an easy-to-spot symptom that usually implies bigger problems.  If my manuscript is loaded with spelling mistakes and misused words, it means I don’t know how to use my tools.  And it also means I didn’t really spend a lot of time (if any) on my drafts and polishes.
Y’see, Timmy, at the end of the day this is all up to me.   It’s not someone else’s responsibility to make my book good.  It’s mine.  If I can’t spell, have a weak vocabulary, poor plots, thin characters, flat dialogue... that’s all on me.  Which is why I asked my editor to hold off reading this new draft so I could fix some things.  Part of being a professional is knowing how to do all this stuff and, well... doing it.
There’s an all-too-common belief that just finishing something means it’s good.  That the act of struggling to finish that first novel is the experience I need to call myself a good writer.  I mean, I made it all the way through to the end of a novel on my first try.  That’s a lot of writing.  That novel must be worth publishing and being read, right?
But the truth is, the vast majority of first novels are awful.  The second ones are pretty bad, too.  The third ones are at least tolerable.  Ex-Heroes might’ve been my first novel that was published, but it was my seventh-and-a-half attempt at writing one.  And, as I mentioned above, I’m really glad it was the first one people saw.
Because that junior high fantasy novel... man, that was embarrassing.  On so many levels.
Next time, I’d like to hit another problem right on the nose.
Until then... go write.