So, there’s something I was hoping we could avoid talking about this week...

Subtext is one of those things that gets mentioned a lot. In fact, I’d hazard a guess it gets mentioned more than it gets defined, and it probably get defined more than people actually give examples of how to do it. Which is weird because it is so important to good writing. It shows up in prose, it should be all through dialogue, it’s just... it’s everywhere

I think we all get a little nervous around subtext because when it’s done well it’s soooo friggin’ good it becomes intimidating. How many college professors went on and on about it? It’s also one of those things where if I dig deep enough, I can find almost any meaning to anything I want. Which then—through the power of the internet—makes it look the author crafted these twelve layers of intricate meaning when they wrote this chapter and holy crap I don’t know about you but I’m intimidated again.

So what is subtext? It’s the conversation beneath the one my characters are having out loud. Or maybe it’s beneath the conversation I’m having with the reader—that I’m telling you this but we both know we’re talking about this. And sometimes it can be that simple. Subtext doesn’t always have to be rich and elaborate and layered with exquisite meaning. There don’t need to be twelve layers. Or even six.

But good dialogue almost always has some kind of subtext, because that’s how people work. We talk around things more than we say them directly. We have in-jokes and shared experiences and understood context and all these things that let us say exactly what we mean without saying... well, what we mean. Without subtext, it’s really tough to do comedy. It’s almost impossible to flirt.

Here’s a few common examples of subtext you’ve probably seen before. Maybe even used before. They’re really simple and even just using these can bump my dialogue up a notch or two. Also, these are just my own names for all of these. I’m sure there’s some literary or psychological theory that gives them a much more accurate name. But I think you’ll know what I’m talking about, and that’s what matters.

The Friend— Let’s start with the most familiar one. So familiar it’s pretty much become a comedy gag. How many times have you read a story or seen a show where someone goes to the pharmacist to pick up their “friend’s” ointment for... their rash.  Or maybe I know this, uhhhh, person from my book club who got really confused by this one Doom level, and was wondering if you could explain how to beat it in simple terms. For him. And the obvious subtext here is that there is no friend, it’s just the character trying to put some distance between them and the embarrassment of needing that ointment. This is an easy form of subtext, because I’m still saying everything, I’m just pushing all the emotions and thoughts onto a different character—even if it’s a nonexistent character.
A close relative of the Friend is the Hypothetical. That's when we're talking about the accursed book of damned souls and I ask you, "well, just for argument's sake, what if I had read a page of the book out loud? What would happen? Not that I did it, I just want to be sure we all understand the stakes here..."

The Metaphor—This is basic subtext 101. It’s the one I mentioned above, when we’re  talking about X but everyone knows we’re really talking about Y. It’s like talking about my friend, but we’re broadening our palette a bit. I’m talking about cleaning out the garage, but it’s really about letting go of the past. Perhaps my co-worker and I are talking about how much we enjoyed doing this project together when it’s clear we’ve fallen in love. Or maybe the boss is telling his new employee about how much he loves the Klingons in Star Trek, and how in their society you advance by taking out the people above you. Ha ha ha, anyway, welcome to the company. Good luck!

Sometimes an example of this sort of subtext gets repeatedly used so much the metaphor becomes a euphemism—it’s so broadly understood, the subtext has essentially become the text. If my partner calls me up at ten at night and asks if I’m up for some Netflix and chill, we all understand she’s not hoping I’ll sit through the first three episodes of Sweet Tooth (although we may have it on in the background).

The Reverse—Another simple way to use subtext is for my character to just declare the exact opposite of what they really mean. At one point or another, we’ve all probably heard something along the lines of “It’s okay, I really didn’t want the promotion. It would’ve been too much work, anyway.” And we all knew Wakko was lying, but we just nodded and politely agreed with him. Or think of Michelle in Spider-Man: Homecoming, who’s not obsessed with Peter Parker or anything, she’s just knows his class schedule because she’s very observant. That’s all.

Worth noting--a lot of times the reverse can be sarcasm, because sarcasm is all about the subtext. Odds are all of us have made a suggestion where one of our friends has rolled their eyes and said “Oh, yeah, I’d love to do that.”

The Next Step—If you’ve ever read about someone ordering a double at the bar before they break some bad news to their tense friend, you know this method. Or maybe when I know the in-laws are coming for dinner, and I take three or four pictures down from the wall and put up other ones. It’s when a character shows they’re one or two steps ahead. She’s not thinking about now, she’s thinking about fifteen minutes or an hour from now, and planning accordingly. Through their words or actions, my character’s saying “I know where this is going and I know how it’s going to end.”

The Blank—This one’s a slightly trickier way of doing subtext. It’s when my character demonstrates their opinion on something by offering no opinion. Sometimes they do it by ignoring the topic, like when Wakko asks his brother’s opinion on Phoebe and his brother instead pointedly wonders aloud how much the DJ gets paid at this club. Other times he might just dance around it, saying he doesn’t know Phoebe that well or giving a very vague non-answer (“Look, how well can you really know anyone, right?”)

It’s worth mentioning that all of these methods need a bit of skill and practice, because sometimes people are just really observant. Every now and then we really do just want to relax and watch something on Netflix. And maybe the boss just really likes Star Trek and I wasn’t supposed to shove Dot down that elevator shaft.

Y’see, Timmy, the trick with subtext is making sure it’s clear what I really mean. I can’t be so blunt that my characters aren’t really hiding anything, but I also can’t be so subtle that people think my characters... aren’t really hiding anything. It’s a fine balancing act, and it’ll take a few tries to get it right. Nothing to be ashamed of. I have this one friend and none of his early writing had any subtext in it at all.

Okay, so, next week, in a world where everyone had masked up last year and gotten vaxxed as fast as they could this year—in that world, next week is SDCC. Alas, we don’t live in that world, so next week is another virtual con with lots of Zoom panels. Which are fantastic, don’t get me wrong, but I’m not doing any of them. In fact, at best, I may do a more public Saturday geekery and watch a couple fun B-movies. Like maybe the MCU Incredible Hulk and Resident Evil: Apocalypse.

I was also thinking about the blog post for that week. Normally I’d just update my “Top Ten B-Movie Mistakes” list (found footage was finally going to get a slot). But that just feels kind of needlessly negative, especially after the past year, and I want this place to be more constructive.

So here’s what I’m thinking about doing...

Next week I’m going to do two posts (Tuesday and Thursday) about how to make a better B-movie. Tuesday’s going to about writing it (based on my experience as a writer, screenwriter, and entertainment journalist) and Thursday’s going to be about filming it (based on my experience working on a few dozen B-movies and TV shows, some of which you’ve actually heard of). It’ll probably just be a “top seven tips” sort of thing, and I doubt anyone from the Asylum will ever see it, but I’ll feel better putting something more positive out into the world. And maybe it’ll help somebody.

And get your shots! 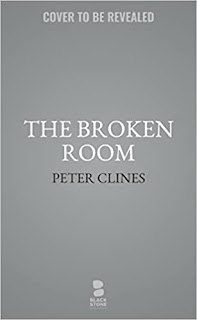