Trilogy vs Series vs Universe

I got an interesting comment on the FAQ the other day. Well, on one of the social media sites where it’s pinned. Someone announced they were going to quit reading the Ex-Heroes books because they just learned “there was never going to be an actual ending.”  Which is true, but... it’s always been true. It’s one of the reasons pretty much every book in the series has ended with a quiet moment that could be “the end.” This was never a trilogy or heptalogy or something where it’d come to a neat, tidy, planned-out-from-the-beginning end.—and I’ve said this at least a hundred times in interviews, at cons, and just to random folks who’ve asked.

I wonder if this person's gonna stop watching the MCU, too. Pretty sure there’s no “actual ending” planned for that. Or the James Bond franchise. I mean, how does somebody like that watch television? Did they wait seven years to make sure Elementary would get an “actual ending” and not be cancelled between seasons like so many programs?

It’s funny because we’d just been talking about this at the Writers Coffeehouse last week (or two weeks ago at this point, I guess). How do you approach writing multiple, connected books? And one thing we talked about a lot was how the books are connected. Because that’s going to have an effect on how I write them and the stories (or story) I end up telling..

...and then we spun off onto a bunch of usual segues.

Now, I’ll warn you right up front, there’s not going to be a lot of “how to” in this post. As I’ve said here a bunch of times, writing’s a very unique process.  You don’t write the way I do, I don’t write the way she does, she doesn’t write like you. So adding another layer on to that—find the best way to do this that works with the way you do that—is just going to be too much. It’s variables on top of variables.

What I’d like to do instead is throw some terminology at you and maybe some thoughts about how we can define some of those terms. Less instruction, a little more food for thought. Things I should keep in mind when I’m sitting down to smack my head against the keyboard. 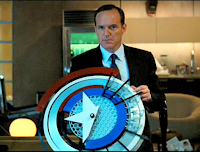 All that said... let’s talk about stories and the different ways they can be connected. Because let's face it, this is a big dream for a lot of folks--to have a group of characters, or maybe a world, that's so cool people will pay us to write multiple books about them. For our purposes here, I want to break these multiple books down into three broad groups. I’m going to call them series, trilogies, and universes.

Also, let me be clear on something up front. I’m just saying “trilogy” for convenience. We could also say quadrilogy or hexalogy or any number of increasingly obscure words with that Greek-logos suffix. I’ll explain more when we get there.

Let’s start with a series. Simply put, this is an ongoing, open-ended collection of books or stories, almost always involving the same protagonists. If you think of a television series, that’s pretty much the same idea. I want every book to end with the potential of another book. It’s also not uncommon for these books to restore the status quo for our characters at the end, leaving them pretty close to where they began on a personal level. It's why a lot of series get scoffed at as "plot-driven"--because not a lot happens with the characters on a story level.

You may have heard me mention that term before—series potential. That’s what we’re talking about. Each book could have—but doesn’t need to have—another book after it. If you stopped reading with this one, you’d probably be fine and feel like you’d read a complete story. But if I told you there’s another one, your first reaction shouldn’t be “What? How?” Editors love books with series potential. Seriously.

The trick here, of course, is it means I have to wrap up this story while also leaving space for another story. There’s a reason we’ve never seen a Bond movie that ends with “and peace reigned forever after.” And why we always see Jack Reacher wandering out of town at the end of every book.

Next up would be the trilogy. This is when my story’s set across a very specific set of books, rarely hitting double digits. And it’s been planned this way, in the same way I plan where the beginning and end of a book may be. Yeah, I’m saying trilogy for convenience but it could be four books or five—but I know how many there’s going to be when I start and it rarely changes. The Harry Potter books were always meant to cover his seven years at school, one year per book. Chuck Wendig's Aftermath books are a trilogy (an actual one), as were both the Newsflesh and Parasitology books by Mira Grant a.k.a. Seanan McGuire.


One of the key things here is that even though this may be three or five or seven books, there’s only one main story running across them. It’s not uncommon for the books to have lots of dangling threads, or maybe even a full cliffhanger ending. And that’s okay in this case because we know there’s going to be another book. Again, cause this is all one story.

The other key thing, I think, is the story itself. I don’t want to plan out a trilogy when I really only have enough story for one book. Or plan on seven when I’ve only got enough for three. You get the idea. Despite the multiple books, we’re talking about a set, self-contained story, so I need to be honest with myself about how much story I’ve really got.

Again—sorry to be repetitive—I’m just using trilogy as an umbrella term for a single story told over a set number of books. I want to be clear because it’s a term that gets slapped on to a lot of different things and, to be honest, I don’t want to read someone’s six paragraph spiel in the comments about how valid duologies are or that, no, that ISN’T what a trilogy is because abcxyz.

Finally we have a universe. This is when a number of books have a shared background and common elements, but don’t necessarily connect in any way past that.  There are a lot of popular media-tie in ones, like Warhammer 40,000, Star Wars, and the Marvel Cinematic Universe. Heck, lots of comic publishers work with shared universes where their characters coexist, like Marvel, DC, or IDW’s Hasbroverse (where Rom the Spaceknight once bodyslammed Optimus Prime after killing some GI Joe team members who were secretly Dire Wraiths). You may have read a few books set in Paul F. Wilson’s Secret History of the World. All of these different universes include multiple plotlines and story arcs that stand completely independent of one another, even if we see some connective tissue here and there.

The important thing to remember here is that story universes rarely start out as such. They usually begin with a single series or trilogy, but then popularity demands a sequel or a prequel or a spin-off or what have you. 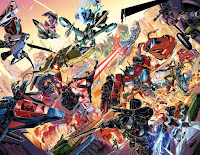 Another key thing in a universe is the world building. I just talked a few weeks ago about what’s possible within the reality of my story, and it’s important that the different stories within my universe don’t contradict each other. I can’t say magic doesn’t exist here, then have a sorcerer there. Aliens can’t attack the city but people one block over in another book are still insisting aliens aren’t real. When I get to the point of universe-building, consistency is key.

One last thing. Now that we’ve got these three broad definitions, let’s talk a little bit about exceptions. Well, about why I’m not really going to talk about them.


While there are times these three groups might overlap, the simple truth is it’s a much-later-in-my-career sort of thing. We have to acknowledge these exceptions happen after I’ve established my norm.  It’s just not something to be thinking about at an early stage of my career. Believe me, if I walk in to my first (or second, or third) meeting with a publisher saying “it’s a trilogy of trilogies set in a shared universe with...”

Well, honestly, I can probably say whatever I want at that point because the odds are pretty good everybody’s already tuned me out. I’d written ten fairly successful books before I got to say “I think this one’s going to be set in the same universe, but isn’t really going to be part of the same series.” And even then, it kinda made some people uneasy.

So if I want to start thinking those bigger, grander multiple-books thoughts... go for it. But I should try to keep a couple things in mind and be clear about what I’m really trying to write. Especially so I can be clear to interested parties.

Speaking of writer-thoughts, if you missed it, earlier this week I did a mini interview with my friend Craig DiLouie where we talked about his new book Our War, his writing process, and stuff like that.

Next time, I want to address a software issue real quick.