Jeeez, it’s been so long. You’ve both been very patient.

I got a question a few weeks back about using the world of my books in a game setting. Not, like, a question from Blizzard or or something. Just someone running a tabletop campaign who (very graciously) asked my permission to use a bunch of these elements I’ve created in the game they were playing.

And this put me in such an odd spot I didn’t respond to it for a while. The more I thought about the answer, the bigger and more sprawling (and apologetic) it became. And then there was a semi-related question that came up while I was blathering away at the Writer’s Coffeehouse for SDCC, which reminded me I’d never answered it here.

So... let’s talk about rights a little bit. This is one of those terms that doesn’t get discussed a lot. Well, not in the correct way, I think. I’ve seen a couple people get screwed over because they didn’t realize what they were giving up and/or who they were giving it up to.

Also, to be clear, I’m just going to talk about what rights are. If any of you want to talk about how much rights cost or how long they should be held, that’s a different conversation, and not quite relevant to all this. For now, just defining rights and a little bit on how they move around

The easiest way to think of rights is that they’re legal permissions. I’ve created something (for our purposes, a long story of characters and events) and I can give, sell, or rent out (so to speak) all the assorted rights to this story. You’ve probably heard of some like First North American Publishing Rights. This means the person who has those rights is (surprise) the person who gets to legally publish the story for the first time in . My agent likes to talk about foreign-language rights a lot—German rights, Spanish rights, Thai rights. That means who gets to tell my story in those languages. And we all love to talk about movie rights, television rights, and action figure rights.

You might’ve chuckled at that last bit, but it’s worth mentioning. The number of rights is pretty much infinite, because there’s a near-infinite number of things that can be done with my story. It can be turned into a hardcover book or a Portuguese eBook. It can be a French stage play or a Russian movie or an episodic Korean podcast with a dozen voice actors. It can be adapted into a comic book or a video game or a line of collectible stickers. It’s sort of like, well, Rule 34. If I can imagine a right, that right exists. Because I own ALL the rights to my work, no matter how bizarre or absurd they are. I still hold all the collectible blind bag phone charm rights to the Ex-Heroes series and you’d better believe nobody’s getting those cheap.

Also, remember when I mentioned renting some of my rights up above? That’s what an option is. If someone can’t afford to buy the rights (or maybe doesn’t want to commit that much at the moment), they may option them. It means they get to act like they own the rights, but there are certain limitations and a very strict time limit.

This is one of the reasons contracts tend to be long. We want to be very specific about what rights the writer’s giving up and what the other party’s getting (and for how long). F’r example, let’s say I’m making a deal with a company for the audiobook rights to a book. If I just say they get all audio rights, there’s a strong argument that I’ve also just included podcasts and live audio streams and maybe even recordings of performances. Yeah, if someone finally decided to make that stage musical of The Eerie Adventures of the Lycanthrope Robinson Crusoe, a good lawyer could argue that those folks couldn’t release an album because this other company has all the audio rights.

So rights get divided up and different groups get permission to do different things with my story. For example (again), right now there’s at least eight entities (probably closer to a dozen, but eight off the top of my head) who all legally have different rights to my book 14. Some have them for a few more months, some have them for years, one has them for more than a decade. And it takes my agent a bit of work to make sure there are no overlaps, or that things are very specific when there are.

This brings us back around to that original tabletop game question. Which was, if you remember, about getting permissions. Sound familiar? So this moves us into tricksy legal grounds. Because this is a discussion about gaming rights and also (looking at the original question) streaming rights. And there’s a good chance (in this specific case, a really solid chance) these rights are already tied up. Someone else has them, which means I legally cannot say “yeah, sure, go for it,” because I’m not the person who can give those permissions anymore. 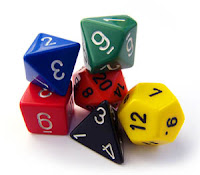 And I know some of you might say “No, no, Pete, this is just a casual game between friends. We don’t need to be this serious about it.” Which I absolutely get. Seriously, I do. Believe me, I used to work stuff from books into my games all the time. But this is one of the weird downsides of our modern world. It’s fairly easy to reach me (or any other creative person you admire), but it puts us in the weird position of having to respond in writing. And we all know what it means when something’s in writing.

Which is why some writers often don’t answer or give a very definitive no when someone asks about things like this. It puts us in a potentially bad position. There’s a lot of deals and contracts out there, lots of rights changing hands, and me (or someone else) putting something in writing that contradicts any of that long contract could be a real headache for me. Or for you. Or maybe for that new deal my agent’s been trying to put together that was going to cover my mortgage this spring. Somebody stumbles across that Twitch channel or YouTube video and suddenly, hey, why are these people saying they’ve got permission to do this? I thought these rights were available?

Which is why a lot of folks—including me—tend to be a bit cold when people message us about this stuff. Because there’s business stuff going on that we might not be able to talk about, but we legally need to respect.

And two quick notes—first, don’t take this to mean you can do whatever you want with someone else’s material as long as you don’t ask. Not what I’m saying here and you know it, so don’t try to use that as justification—to someone else or to yourself.

Second—the simple truth is almost every writer I know loves to hear they inspired people this way. That people want to play in their worlds, literally or figuratively. They’d want you to have that fun. Just because you can’t say anything in writing doesn’t mean you can’t tell them in person (as we creep closer to having public events again).

And that’s some quick facts and thoughts about rights. 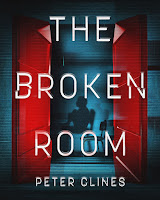 Oh, shameless plus in case you missed it. Yesterday we had a cover reveal for my new book, The Broken Room. Out everywhere in just a little over two months, and I'd really appreciate it if you stopped by your friendly local bookstore and pre-ordered a copy. They'd appreciate it too.

Next time... well, there was another question I got at the Coffeehouse that I’d like to answer a little better than I did there.

Seriously, the holidays are coming up and you know you’re probably not getting any writing done then. So write now.