Sorry I missed last week. Taxes. As I mentioned earlier.

A few weeks back, during my usual Saturday geekery, I had a sudden epiphany about Asylum movies. Even though, technically, it wasn’t an Asylum movie I was watching. I feel safe saying whoever made this film studied at the feet of the mast... well, at the feet of the Asylum producers. And it’s a problem I’ve seen in a lot of book manuscripts. So I made a note of it and told myself I’d have to do a post on it sometime soon.

And then last weekend’s geekery gave me a trio of movies that suffered from the exact same issue. So I thought, wow, serendipity. Definitely a sign of... something. So sometime soon became this week.

Once or thrice here I’ve talked about the ideas of plot and story. Plot is what happens outside my characters, story is what happens inside my characters. The basic idea of a narrative is that conflicts (of many different types) will drive that plot forward, and the plot and story will work together and feed off each other like some beautiful alien symbiote that bonds with you and manifests as bio-armor under times of stress or when you summon no, wait, that’s the plot of the Guyver. I’ve talked about how plot and story work together before. Stick with that, forget the Guyver. For now.

What I wanted to talk about was the conflicts, all those roadblocks that pop up between the beginning and end of the story. The things that get in the way of my characters getting what they want. Because some of these things are great and some are... not so great.

As I mentioned above, I have conflict in my book to drive the plot. My character has to overcome social pressures, financial constraints, power structures, ancient death traps, and a variety of other obstacles. Dealing with these things (or failing to deal with them)  forces my character to grow and change internally (sometimes called a character arc) while at the same time usually subjecting them to greater pressures/constraints/death traps. That’s dramatic structure. Who my character is at the beginning of the book starts and shapes the plot. Who they become at the end helps them resolve the plot. 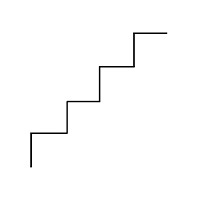 Here’s a cool way to think of it. Picture a staircase. Every time we climb up a stair, it feels like we’re on level ground, but we’re actually higher than we were before. As we keep climbing stairs, we keep going higher. That’s conflict moving the plot. Climbing stairs moves us higher. Make sense?

Now, the problem I was seeing is that some storytellers had lots of conflicts popping up—but they didn’t actually do anything. They didn’t affect the plot in any way. They’d encounter a new obstacle, deal with it, and then be... right back where they started. Nothing gained. Nothing accomplished. Nothing learned. Our characters haven’t moved any closer to the end of the plot, haven’t grown or changed in any way. These conflicts were so self-contained we could just snip them and lift them out and there wouldn’t be any real change. Heck, we probably wouldn’t even need to stitch things together on either side. 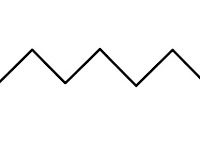 If you wanted to use that staircase analogy, at this point the steps have kind of fallen over and become more a line of peaks. Every time we go over one, we’re just... right back at ground level. Not to mention, they’re all kind of the same peak. None of them stand out, and we realize pretty quick it’s just going to be that same thing again and again.

A term I’ve brought up here before is episodic. Yes, like TV episodes. Its when the conflicts resolve and the plot and story basically reset to where they were at the beginning. Our characters don’t grow or change in any way, they gain nothing, they just... go to the next episode. Which is exactly the same.

Neat thing to think about—because of that “reset,” it doesn’t matter what order we watch a lot of older shows in. We can go from episode twenty-three to episode fifteen to the eighth episode of season four and... you can’t tell. There’s no change because there’s no actual goal. The characters aren’t really trying to accomplish anything past the particular obstacles of this single episode.

When this happens in a larger story—say a novel or a movie—the storytellers are just dropping in these episodic conflicts because... well, we need conflict, right? So we’ll get a flat tire, spend ten minutes changing it, and then we’re back on the road. Or we’ll get caught in a super-embarrassing, borderline scandalous situation at work that nobody remembers or comments on the next day. Or we’ll find ourselves going out to rescue Wakko again and drag him back home because he just won’t stay put during the zombieapocalypse. These events are there. They fill pages. But they have no repercussions. No lasting effects. They don’t spark any changes in the way anyone thinks or acts.

Y’see Timmy, there’s conflict that advances the plot and conflict that just prolongs the plot. It isn’t there to help develop the characters or their stories, it’s just there to keep us from reaching the end too soon. So people get flat tires. Or wander out of their house during the zombocalypse. Or—no joke—fall off the Great Pyramid of Giza.

And absolutely nothing happens. No one suffer any consequences from these events at all. None.

Now, this isn’t to say nobody can get a flat tire in my manuscript. Flat tires are a real thing that happen to all of us. But I should think about why this flat tire’s happening. As I’ve mentioned before, I’m the all-powerful Creator-of-your-choice in the world of my story. Nothing happens here except by my choice and my will. So why is this flat tire happening? What purpose does it serve in my story? Is it advancing the plot? Giving someone a moment to expand their character arc?

Or is just happening to keep them from getting where they’re going too soon?

Look over some of your story points. Are they advancing your plot? Or are they just stretching it out?

Next time... I had a new idea I wanted to talk to you about.