And now we rejoin our ranty writing blog, already in progress.

Hey, everyone. Thanks for sticking with me through the Black Friday stuff and the Cyber Monday stuff and then even more good book stuff on top of that. Hopefully it’s all helped you a little bit with the holidays.

I don’t know about you, but NaNoWriMo is still kinda fresh in my mind. With Thanksgiving right there at the very end of the month, it left me feeling like I’d been kinda cheated out of a week, y’know? More of a NaNoWriThreeWeeks. 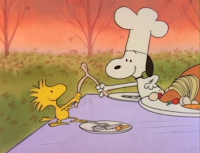 I’ll be honest. I didn’t hit my word count goals for the month. By a long shot. I ended up hosting/moderating two Coffeehouses last month and the dystopian book club. Plus a day doing some promo stuff for an upcoming project. Plus my parents came out for Thanksgiving so, y’know, an extra level of cleaning and neatening. All in all... I think I lost close to two weeks. You probably needed to focus on some of them, too, right? I mean, I’m not the only one who had to do work stuff. Or holiday stuff.


But I’m okay with it. I still got a lot done, even if not as much as I’d hoped. Also figured out a major narrative issue that’d been nagging at me for ages.

Thing is... even that’s a bit misleading. Because if the ultimate goal was to get an even slightly passable first draft this month, pretty much everybody would fail. I don’t know what the numbers are, but I’m willing to bet the majority of people who do NaNoWriMo don’t complete a draft. And I’ll go a little further out on this limb (and even hand you a saw) and say I wouldn’t be surprised if half of the folks who do finish have drafts that... well, let’s politely say they’re drafts need SO much work they’re effectively going to be rewriting the whole thing in their next draft.

And hopefully they at least realize they need another draft.

So here’s my take for you. First, stop thinking about “winning” NaNoWriMo. This was a marathon, and most people don’t run marathons with the sole goal of winning them. Because if that’s my only goal, I’m going to be disappointed. A lot.

Most of us run marathons just to see if we can do them. The goal isn’t to be first—to win—it’s just to see if we can actually make it to the finish line. I don’t know about you, but I’d be friggin' thrilled to finish a marathon, even if it took me three or four hours. Hell, if I could do a half marathon in that time I’d be kinda proud.

That said... point the second. What did I get done during NaNoWriMo? How much did I write? How many words got put down?

So celebrate finishing NaNoWriMo. Even if you didn’t “win.” Because you won in the way that really matters.

Next time... I’d like to talk about writing as art.

And congrats again on NaNoWriMo.