Very sorry for the delay. Taxes.  Jury Duty.  Making the New York Times bestsellers list with Paradox Bound.  And that’s just what I can talk about.  The past two weeks have been kind of crazy, and last Thursday was when it all caught up with me.  Well, Wednesday night, to be honest.
But now that I’ve got my excuses out of the way...
(did I mention the New York Times bit...?)
I stumbled across an interview I did with author Jessica Meigs a few years back.  I said something that sounded vaguely profound.  Or, at least something I was trying to make sound profound... 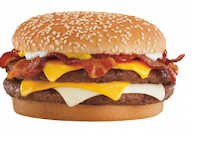 “I think people like radical new ideas, but sometimes—most of the time, honestly—they just want the basics. There’s only so many times you can go out and have a mesquite-smoked sirloin patty garnished with goat cheese and pine nuts on a croissant. It’s cool, but eventually you just want to have a cheeseburger.”

If it sounds vaguely familiar, Stephen King’s said something similar a few times.  I think I may have been subconsciously mimicking him.  Plus, I’ve used cooking metaphors here a few times.  Hopefully it’s not too obscure or vague as metaphors go.
Now, I don’t watch a lot of cooking shows (used to love Kitchen Nightmares), but I’ve never heard anyone make the argument that we should all eat nothing but gourmet food.  I can imagine how much we’d all scoff at someone who campaigned to ban cheeseburgers.  And if anyone tried to tell me I’m a crappy cook because I don’t make my own pizza dough from scratch, I’d probably laugh in their face. And then not invite them over for pizza.
But...
Every couple of months I’ll see some new article about how aspiring writers should use better words. Better descriptions.  Better structures.  Only uneducated simpletons and talentless hacks would use verbs like said or was. You used red instead of encarmine?  It’s cute that you’re trying to write for grade schoolers...
None of this is true, of course.  And I can’t help but notice that the vast majority of people who make these declarations... well, they don’t tend to sell a lot of books.  In fact, I’d guess the majority of them aren’t even professional writers. Or even amateur writers.
It keeps coming up, though. And aspiring writers keep trying to follow it.  And often they end up in this horrible downward spiral, progressing less and less as they try to make every sentence “better.”
Possibly weird aside.  But it has a point.  Honest. 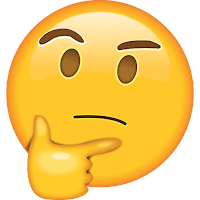 There’s a type of riddle that often stumps people—the one with the obvious answer.  Those ones where we stop and think and think because the answer can’t be that simple.  I mean, isn’t the whole point of a riddle to trick you into giving the wrong answer?  So even if the simple answer fits all the requirements of the question, people will convince themselves it’s got to be something more complex and spend who knows how long trying to figure out what that unnecessarily complex answer must be
When I’m telling a story, there’s going to be lots of times that call for simplicity over complexity.  It’s not uncommon for a short, straightforward sentence to have far more impact than a far more elaborately-crafted one.  A simple structure can be a faster, much more enjoyable read for my audience than a twisting, interwoven one.  And a basic character motivation is going to be much easier for my readers to grasp and relate to than one that needs thirty pages to explain.
Let me mention two or three basic, solid writing devices that get a bad rap.

It was/ he was/ she was—If I’m writing in third person, past tense (it’s not as dominant as it used to be, but I think it’s still the most common type of narration you’re going to stumble across), I’ll be coming across this form of “be” a lot.  If I’m leaning toward present tense—and that’s okay, a lot of the cool kids are doing it—I’ll probably see is just as often.
There are times was can be the sign of some needed work. Whenever I edit I tend to do a was pass and see how often I can turn things like “Wakko was running” into “Wakko ran.”  But sometimes, after all that running, I might just have “He was exhausted.”  Sure I could be a lot more descriptive and evocative, but there’s also going to be points where “He was exhausted” is quick, gets the information across, and lets me move on to other things.

Said—The most basic dialogue descriptor there is.  Said is a classic. Quite literally.  People have been using said for almost a thousand years.  And it’s still around and still in regular use.
I’ve talked about said a few times in the past, so I won’t go into too much here.  I just want to remind you that one of my first face-to-face interactions with an actual, book-buying, money-paying editor was him telling me to get rid of the dozens of different descriptors I was using on every page and replace 95% of them with said.  Let it do all the heavy lifting and save the special words for special occasions.

Linear Structure—I also talked about this just a few months ago.  It’s very common for linear structure and narrative structure to run side by side.  It’s so common  because it’s the way we’re used to experiencing things.  Our brains are pretty much  programmed to accept stories this way, and if we’re given them in other ways we’ll try to mentally wrestle them into this format. 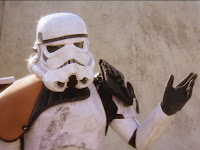 Now, personally, I love a story that uses clever structure or devices to move the plot along.  I think most people do. That’s kind of the trick though—I’m using them to move the plot along.  If I have dozens of flashbacks that don’t really accomplish anything, or running the story backwards just because it sounded like a cool idea, I’m just making the story more complex for no reason.  And once my convoluted structure breaks the flow for the third or fourth time, well...
Again, something like 85-90% of all fiction (numbers pulled from experienced ether) is going to have this very straightforward format.  There’s nothing wrong with it.  I shouldn’t be nervous about just... telling my story.

Y’see, Timmy, there’s nothing wrong with simplicity.  Nothing’s inherently good just because of overly-complex structure or incredibly obscure vocabulary.  My writing isn’t automatically better because I decided to use four syllable words rather than two syllable ones.
And to be very clear—I’m not saying there’s anything wrong with complexity either.  Nothing at all.  There are some wonderfully complex books out there.  It’s when I insist that everything has to be one or the other that problems arise.
Okay, that’s a lie.  Problems arise all the time.  Hell, I could shut this blog down if that was the only time problems arose...
My point is, if I insist that everything has to be exquisitely crafted, impenetrably structured, polysyllabic sentences that run on for pages, collected in an order that would stump most cryptography software... my writing’s probably going to be very hard for most people to get into.  It’s going to be tough for it to have any kind of flow.  And it’s going to take me a very, very long time to get that first book done.
And that means it’s going to be tough for me to have a lot of readers.
Anyway... I’m going to go watch Infinity War now.
Next time, enough about workhorses.  Let's talk about cats and dogs.
Until then... go write.