So, recovery is going nicely, for those who care.  My brain’s been working a lot better. I can actually eat food again (only went seventeen days without). It’s all sorts of fun.
Also, today's the last day to sign up for a free galley copy of Paradox Bound. Head over to the PRH website and do that.  Only takes a minute.
Anyway, I haven’t prattled on about characters in a while, so I figure we’re due...
I may have mentioned once or twice before that characters are key to a successful story.  Non-stop action with flat stereotypes can be diverting in a film for a little while, but in a book (and in a good movie) characters are my bedrock.  If a reader doesn’t have someone they like, someone they can relate to, a story can be dead in the water by page five.

One of the best ways to deal with this is reality. Let’s be honest, we love characters who feel real, even when they’re Jedi or Hufflepuffs or Inhumans or Amazons. Their dialogue, their reactions, their approach to things.  The goal is to make our characters—and our stories—seem as real as possible.
Now, there are some common ways we all try to do this when they’re starting out.  I say “try” because all three are based off a simple misunderstanding of why certain aspects of characters work.  Let’s go over what they are, the problems with each one, and how you can work around it.
The first method is for me to describe these characters in amazing detail.  I’ll introduce you to Wakko and tell you his hair color, eye color, height, and weight.  Then I’ll give you descriptions of his hairstyle, body type, the shape of his face, all his tattoos (even the ones we can’t see).  There’s a list of his measurements and shoe size.  In the next few sentences we get the name of his aftershave, the personal grooming tools he uses, and the make of his watch (yeah, he still wears a watch).  I describe Wakko in such exacting detail there’s no way you can picture him any way except how I envisioned him. And once that picture’s firmly in mind, they’ll seem as real as anyone else you know.
The second way is for me to give pages and pages of backstory on the character.  I’ll scribble out lengthy flashbacks to Wakko’s first day of high school, his first job, his first fight, the first time he was dumped.  Maybe he’ll randomly start talking to friends, family, or complete strangers about the last time he went to the gym, the last time he had sex (that cute woman from the bar, whatshername with the hair...), the day he finally started working at ConHugeCo International, or the day he realized all he really wanted was to tell stories through interpretive dance.  Heck, sometimes these revelations won’t even be a flashback or dialogue--they’ll just be straight text in the narrative.
The third way people try to do this is the least common.  But it happens enough I feel the need to mention it...
Real people have quirks.  We sometimes speak in odd ways, do nonsensical things, and go against our best interests.  We have blind spots.  Sometimes we even up and die in awful, unexpected ways (statistically, most people do at least once in their life).  It’s the way we’re wired.  We’ve all seen people do things like this.  We’ve all been the people doing these things.
The logic here is if the writer has the characters act illogically, they’re acting more real.  If Wakko’s a bundle of weird and quirky behaviors, then he has to be believable.  It’s almost like I’m  daring my readers—“Real people do this, so how can you  say Wakko doesn’t seem real when he’s doing it?”
Heck, if Wakko randomly gets hit by a car in the last few pages, that’s so much like life it almost counts as art, doesn’t it...?
Now...
Let’s talk about why these methods usually don’t work.

The  problem with the first method, using tons of details to describe my character, is that it breaks the flow of my story.  The story and plot come to a screeching halt while I have this big infodump.  I mean, if you look back up there, I bet you started skimming just while reading the list of potential descriptions of Wakko, didn’t you?  If a list of general examples can’t hold people’s attention, what’s going to happen when it’s a list of specifics two or three times as long?
The other catch to this method is something I’ve mentioned before.  A lot of the time, readers form their own mental images of what a character looks like.  For example, if you look over the past few paragraphs you’ll see I haven’t actually described Wakko at all, but—even if you don’t get the reference—at this point you’ve probably got some mental image of him when I use his name, don’t you?
If you know what this character looks like with no description, then isn’t two pages of description... kinda excessive?
In a similar vein—when we’re talking about the second method--I can add in a dozen pages of personal trivia and anecdotes and it’s still not going to make a character seem real.  More likely, the story’s going to suffer from the same expositional infodump I mentioned above, and it’s going to come to a crashing halt again.  The problem is relevance.  While there’s no question these past events shaped Wakko’s life and the person he is today, my readers are going to wonder what do they have to do with this story.  No matter how good a particular element might be, if it doesn’t relate to the tale I’m telling it’s just noise.
The problem with the third method, quirkiness and randomness, is that fiction’s held to a much higher standard than real life.  People do illogical, unbelievable things all the time in real life... but life isn’t scripted.  When I pick up a book, I know there’s a writer behind it.  There shouldn’t be any real randomness, because every word on the page was deliberately chosen.  And that means any apparent randomness has to be serving an actual purpose in the story.  Because if it’s not, well... why is it there?
So, with all that being said... is there any way to make these three methods work? I mean, yeah, there’s always an exception to everything, but are these methods overall useless or what?
The big trick to all of these, as I mentioned above, is relevance.  Like adjectives or adverbs, if character elements aren’t serving a purpose they shouldn’t be there.  Strip away all the noise and clutter and just give the reader what they need.
For example...
Let me tell you a quick little story... 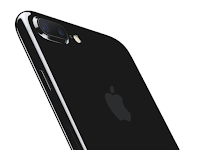 Wakko lives in a one room, roach-infested apartment, always buys groceries at the 99 Cent store, and almost all of his wardrobe is meticulously chosen from the racks of the Salvation Army.  He always has the latest iPhone, though, and an immaculate beard.
And I’ve just told you a lot about him, haven’t I?  More than just the words on the page, too.  You’ve got a sense of who Wakko is and where his priorities are.  Maybe even a mental image of him.  All in just three lines.
See, I don’t need a lot of details, just the right details.  Did I need to tell you about Wakko’s thigh tattoo or how tall he is for that little character sketch to work?  I just need to pick the right details to create the image and imply the person I wanted you to see.
Even the randomness issue is easy to deal with when you look at it in this light.  It’s okay for seemingly random things to happen in my story.  Key word—seemingly.  At the end of the day, I’m god in this world, and these events are happening for a reason which benefits my story.
My new book, Paradox Bound, recently got a review from Publishers Weekly (a starred review, he said with glee), and one of the thing they specifically mentioned was how great it was that so many seemingly early, minor things I’d added for flavor came around to be important plot points.  They all seem like random details and events at first, but each one ends up driving the plot and character development in a certain way and in a specific direction.
That’s the kind of “randomness” we want in our stories—the kind that serves our purpose as writers.  In the same way, we don't want our characters to be "real," but to make them virtually real.
So make your characters real.  But really make them real
Next time... well, I’ve chosen something interesting (and a bit frustrating) for next time
Until then, go write.