First, before I forge...  Folks in the Los Angeles area, this weekend is the Writers Coffeehouse.  Sunday, noon to three, at Dark Delicacies in Burbank. It’s free and it’s open to writers of all levels—from bare-bones beginners to seasoned professionals, and even a few mid-list hacks like myself.  Stop by, ask questions, have fun.
Speaking of writing advice...
This week I wanted to prattle on for a moment about one of those off-topics I tend not to talk about much.  It's more of a mindset, and it applies to writers of prose and scripts alike.  I’ll give you a hint—it’s not a good mindset to have.
Let me toss out a hypothetical situation for you.  More exact, a hypothetical person.  I'll call her Phoebe.  If you want to substitute a different name or gender, please go right ahead.
Just for the record, I have never known a Phoebe. I know two or three folks who’ve changed their names, and they weren’t a Phoebe before or after.  That’s why it’s one of my four fallback names I use here all the time (the other three belonging to the Animaniacs).  If I randomly referred to a woman in one of these examples as Colleen, Becky, Jennifer, or Katie, for example... I would get many calls/messages from people I know asking “is this supposed to be me?” 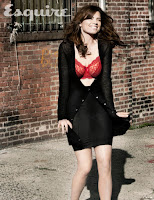 So... Phoebe.
Phoebe is, for the record, my dream woman.  She's what every man aspires to in a significant other.  Smart.  Funny.  Kind.  Sexy.  Gorgeous.  I can't think of anything I've wanted more than to be with Phoebe. Feel free to take "be with" any way you like--you'll be right.  She is, in all ways, perfect.
Well, perfect might be overstating it.
Just a bit.
To be honest, she could use one tiny improvement in the facial region.  Her chin is kind of sharp.  Makes her face a bit too triangular and pointy.  A rounded chin would bring out her cheeks and her smile more.
Also... slight overbite.  You can't really notice it until you're close to her.  That's when you can also see one of her incisors has this little twist to it.  Nothing braces couldn't fix, though.  Maybe those transparent ones.  Invisalign?  Something like that.
Plus, she'd be much hotter if her hair was a bit lighter.  And not so long.  If she was more of a platinum blonde, Phoebe would be unbelievably hot.  So really she's just a haircut and a box of dye away from being my perfect woman.
Speaking of which—please don't judge me for this—Phoebe is a touch on the small side.  Not flat, by any means, and they're nicely formed.  Really nice.  I'm not talking about anything grotesque, mind you, but something in a B-cup would give her an absolutely killer figure.
Again, though, that's minor.  Really minor.  Heck, I think it's just outpatient surgery these days.

Y'know, thinking about it, if she wore some nicer clothes, it'd help show off that figure, too.  Everything Phoebe owns is that kind of frumpy-baggy look.  It was kind of cute in college, but come on.  Dress up a bit now and then.  Would it be so wrong to wear something eye-catching?  Once we're together, I’ll take her on a nice shopping spree before we go out anywhere.

Although I don't know where we'll go out.  We don't have many of the same interests. She can’t stand superhero movies.  Or shows.  Or books (which is a bit of a sore spot).  I'll work on that, get her to watch something better and stop subjecting me to that crap stuff she likes to watch.
And, I mean... I sit in a chair nine hours a day and she makes me look kind of athletic. She’s still got that young metabolism, lets her eat half a pizza before bed and she actually wakes up weighing less than she did the night before.  That’s not going to last forever.
At least, with that body—well, the potential body we’re talking about—the sex will be worth it.
As long as she doesn't make that same weird noise she makes when she's excited.  That sound creeps me out.
Still my dream girl, though, and I'd love to be with her—in any sense of the phrase.
So, at this point I can guess what a lot of you are thinking.  Why the hell is Phoebe my dream girl?  She sounds like a good, solid person as she is, but it's pretty apparent she's not what I'm looking for, despite my insistence that I want to be with her.  I mean, why would anyone want to be involved with someone just to change everything about them?
Which... is the point I wanted to make.
Between this ranty blog, conventions, signings, Twitter, Facebook, the Coffeehouse I mentioned up above... I meet a lot of writers.  Several of them are so far past me I’m astonished when they strike up a conversation.  A couple...I think it’s safe for me to say I’m on the same level as them.
Most of them are beginners, though.   Maybe they’ve got a small sale under their belt, but often not even that much.  You probably know some folks like this, yes?  Maybe you’re one of them.  These folks will talk about how much they want to be writers, how it's been a lifelong dream to see their name on a shelf in a bookstore, or to hear actors reciting their dialogue.  There's nothing they want more, and they'll do whatever it takes, to make that dream become a reality.
However...
Just after this, some of these folks follow it up by explaining how biased and unfair the publishing industry is.   Or maybe listing off all the things that are wrong with Hollywood.  Don't even get these folks started on agents.  Agents of all types need to be a lot more open, especially considering they usually do nothing and then take a cut of your money.
Or maybe they swing the other way.  Perhaps they’ll  point out how much self-publishers are screwing things for everybody. It’s not even real publishing, right?  They’re just oversaturating the markets with all their crap and making it harder for good stuff—my stuff—to get noticed.
As a finale, these people will announce all the things they'd change about the industry.  All the things they're going to change once they're in that position of power.  In fact, the industry's changing now and they'd better watch out!  We don’t need any of those dinosaurs anymore, right?!
By what I'm sure is a complete coincidence, very, very few of these people have ever sold a book.  Or a screenplay.  Or a short story.
Which only shows how corrupt and broken the system is and why it needs to be fixed.  Right?
Y'see, Timmy, I can’t go into any sort of relationship thinking I’ll be the one to change her!  Or him.  Or them, if I’m feeling adventurous.  Those relationships are always doomed one way or another.  Either they fail horribly or they “succeed” with one person or the other becomes a twisted, compromised version of themselves (and probably hating the other person for it).

Likewise, I can't expect to have any sort of success in the publishing world or in Hollywood if I’m starting from the mindset of “they're all wrong.”  Definitely not if it’s my main focus.  It's no different than my mad pursuit of Phoebe just so I can change everything about her.  I’m either looking for a relationship or I’m looking for someone to be my Eliza Doolittle-esque test subject.
My main focus as a writer should be (ready for this?) my writing.  It needs to be my main concern.  It’s very good to know about different forms of publishing, about marketing and networking and social media... but first and foremost, I’m a writer.  Personally, when someone introduces themselves as a writer and the first thing they want to talk about is everything wrong with traditional publishing... I get a little cautious.
What’s your first concern?  Do you want to date Phoebe... or do you just want everything on your terms?
Next time...
Oh, almost forgot!  This Tuesday, Ex-Isle is finally out on audiobook after delays that are pretty solidly my fault.  And they brought back the whole cast for the production.  Check it out!
So... next time, if I may, I’d like to talk about your purpose.
Until then... go write.