I just realized that Valentine’s Day is this weekend. If I’d remembered earlier, I wouldn’t‘ve spent the time on this post, I would’ve done my traditional love and/or sex themed post.  And while surprise sex usually goes over well with everyone, I’m afraid I don’t have the time for it right now. Maybe next year.
Wow.
It sounds pretty grim when I say it like that.
Anyway, I wanted to go over something one more time.  Because a couple of you still seem to be baffled by this for some reason... 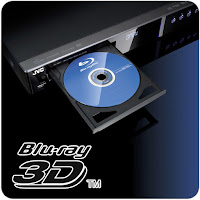 Take the Blu-ray case off the shelf.  Use your thumb on the right-hand edge to open the case.  Locate the Blu-ray disc inside the case.  Note that if this is a multi-disc set, you’ll need to select the specific disc you want to watch.  They’re usually numbered.  The number will correspond to a guide of some sort, usually located on the opposing panel of the cover or on the back of the case.  Look for the specific material you want to watch, then find the disc with the same number.  Remove the disc from its bracket.  Hold it by the edges (you don’t need to do this, but it’s easier in the long run).  Set the case back down.  Press power on your television controls.  Press power on your Blu-ray player, and then open.  A small tray will extend out from the player.  Set the disc on the tray with the picture/logo side up and the shiny side down.  Let go of the disc.  Press play and the tray should retract.  Go sit on the couch.  Pick up the remote control for the Blu-ray player.  If you are given the option to skip over all of the previews, do this.  Watch the movie or television episode you have selected. Do not talk during the movie or television episode.  If you have seen the movie or television episode before, do not spoil plot points or character moments for other viewers..
Now, let's stop and consider the previous paragraph.
How many of you started skimming halfway through that?
It's okay.  It was kind of mind-numbing for me to write, so I can't imagine reading it was any better.  As it happens, though, pretty much every reason why exposition tends to suck is in that fascinating explanation of how to watch a Blu-ray.
Allow me to explain.
First, that paragraph is something we know.  I know it, you know it.  I know you know it. You know that I know you know it.
Exposition is boring and pointless if we know the information being presented to us.   It's just wasting time while we wait for something to happen.  Plus, none of us enjoys sitting through a lecture on something we already know, right?  The more detailed (read—unnecessary) it is, the less interested we are.  So we just zone out and start skimming.
Damon Knight pointed out that a fact we don't know is information, but a fact we do know is just noise.  No one wants to read a story full of noise.  As writers, we need to know what our audience knows and work our story around that.  I don’t want to waste time telling people how to open a Blu-ray case.  It’s just a given.  All those words are better spent on something useful.

The Second  thing to consider is that a lengthy explanation about how a Blu-ray player works serves no purpose here.  None.  This is a blog about writing tips, so a paragraph about electronics is a waste of space.  Nobody came here looking for that information, and the people who are looking for it won't be looking here.  You’ll notice that those instructions don’t tell you the best way to kill a Deathclaw in Fallout 4—even though Fallout is a really cool game which (like Blu-rays) can be played on a PS4.  The instructions also don’t mention that I don’t even own a Blu-ray player. Or a PS4.  Mildly interesting facts, sure, but even less relevant than the bit about killing a Deathclaw.
These two points are, on a guess, about 83% of the reason most exposition sucks.  Find any book or story  with exposition that gnaws at you, and I’ll bet it falls into one of those two categories.
So, how do we get around that?
I've mentioned something called the ignorant stranger  a few times.  It’s my own term, one which I came up with while writing a review of Shogun years ago.  It's a simple way to use as much exposition as I want in a short story, screenplay, or novel.
Just have a source of information explain something to someone who doesn’t know these facts.
Easy, right?  Just remember these three things...
First, my ignorant stranger has to be on the same level as my readers.  I don’t want to confuse ignorant with stupid.  It’s only this particular situation that has put him or her at a disadvantage.  The reader or audience is learning alongside my character, so we don’t want to wait while the stranger’s educated on how Amazon works, where Antarctica is on a map, and why people eat food.  Again, my ignorant stranger can’t actually be stupid.
Second, the person explaining things, the source of knowledge, has to be smarter than the stranger on this topic, and thus, smarter than my audience.  If what’s being explained is something my readers can figure out on their own then the Source is wasting everyone's time (and my page count) by explaining it.  Remember, I want information, not noise.  Yeah, maybe this particular Source doesn’t know much about baseball, Star Wars, or the eternal mystery that is love, but on the topic they’re explaining this character needs to be an authority.  It needs to be clear the Source’s knowledge dwarfs the ignorant stranger’s on this topic.
Finally (or third, if you like), there needs to be a pressing need for the Source to explain this.  There may be lots of things our stranger (and the reader) is ignorant about, so why are they talking about this fact right now? 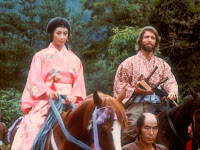 Shogun gets away with tons of exposition because Blackthorne—an English sailor trapped in feudal Japan—is a perfect ignorant stranger.  He’s a smart man, a man we can relate to, but he’s in a  country where he doesn’t know the language, the customs, the culture, anything.  So even as his situation forces him to interact with people, they’re forced to explain pretty much everything to him.
So there it is.  If anyone tries to tell you only bad writers use exposition in a story, tell them it's only the bad writers who don't know how to use exposition.  Then explain the ignorant stranger to them.  And then look smug while you pop in a Blu-ray and watch Star Wars
Next time, I’d like to tell you about my perfect woman.
Until then, go write.