The Tally of the Plague Year

Well, here we are. The last post of the year. Finally.

Normally, when I get to the end of the year, it’s a chance to sit down and list off all the stuff I got done over the past twelve months. But wow... here in the nine of these past twelve months have been pretty awful. Made even worse by the fact that it feels like certain parties/persons in the government really don’t even care if Americans live or die. I understand the isn’t much better. Hell, is it even still the ?

It all combined to make a pretty rough year.

If you didn’t get a lot done this year as a creative person, you’re not alone. We all had a big shift in priorities and schedules, not to mention financial shifts. And just lots and lots of stress. If you weren’t worried about things this year... honestly, I don’t know what to say. For the rest of us, it was just brutal.

I know I got waaaaaaaay less done than I’d wanted this year. Pretty sure I lost the back half of March through early May to doomscrolling as the pandemic found its legs and took off. And then, just as I was getting back on my creative feet, the summer protests kicked into gear—some of them very close to me. And it’s tough to work on weird, entertaining stories when you know just a few miles away people are risking their lives trying to end... well, pretty much a reign of terror.

Okay, this is spiraling into despair, so let’s talk about good things. Because there were some good things. There’s no way you can tell me you didn’t have brief moments of creativity this year.

The big thing for me was The Broken Room. Still not sure about the title, but I’m very happy with the book itself. I started it last year, got the first draft done before, y’know, everything, and then spent the summer cutting and editing. And then my agent had some good thoughts (a few of which had already been gnawing at me) which I’m in the process of implementing now (not right now obviously, but for the past few weeks). If all goes well, you might get to read it next year.

I also wrote a massive outline for what will hopefully be a six book series. Not an ongoing universe or anything, but a large story told, beginning to end, across six books. A hexalogy or sextet, depending on your preference. This is something I wouldn’t’ve even thought about a couple years ago, for a few reasons, and even as it is my agent’s warned me it might be a tough sell. But I’ve been playing with this for a while and it’s finally all come together and... well, hopefully I’ll get to tell you more about the Creatureverse in the near future. 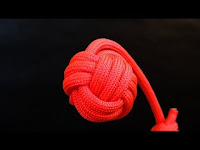 Speaking of things I’ve been playing with for a while... There’s an idea I bounced off an editor about six or seven years ago (over whiskey and apple pie late one night at San Diego Comic-Con), and he pointed out I basically had a well-thought out idea, but not much of a plot, really. Well, about two weeks ago that whole knot just unsnarled in my head. Or got cut in half, depending on how you like to picture tough knots getting dealt with. I ran to my computer and typed out a little over three pages of notes for that. Who knows when I’ll get to it, but when I get the chance I know I can write it.

I also pitched a dream project to a comics editor. I think I’ve got a solid take, but I can also admit (in retrospect) my pitch was pretty weak. I should’ve done a better job figuring out how to pitch things for this particular format and for that particular editor. If I’m lucky, maybe I’ll get to try again in a year or four, when the shame of this bad attempt has faded from both our memories.

Oh, and there’s the ranty writing blog itself. Seventy-three posts here, although probably a dozen of those were cartoons or quick notices about new books or something. And a quarter of it past that was all the A2Q series, which hopefully one or two of you found semi-useful.

I also managed to read thirty-one books this year, despite all the doomscrolling. Nowhere near my usual amount but... hey, doomscrolling. As it is, most of these were either for the Last Bookstore’s dystopian book club or blurb books for friends/editors/ my agent. But I might get one more done before New Year’s! Which is also a blurb book.

I read a lot of comics for fun. Shadow Road. Transformers. GI Joe. Vampirella/Red Sonja (which is amazingly good). There’s also a Transformers/Terminator crossover book which I’m only two issues into but it’s very clever.

And that’s what I got done this year. A lot of time lost, but I think I used the remainder pretty well. I’m happy with how it all turned out, anyway...

How about you? I don’t think any of us got as much done as we’d wanted, for a bunch of reasons. but hopefully you got something down you’re happy with. A few chapters, a couple of pages, or maybe some notes to work with once everything’s just a little calmer. The important thing isn’t how much you did—it’s that you did it.

Seriously, if you managed to get stuff done in 2020, think what you’ll be able to do when the world’s not on fire.

And hey, speaking of things not being on fire—sorry, quick segue—Georgia residents, I know you’ve been battered with this but please vote in your Senate runoff next week, and please vote for Reverend Raphael Warnock and Jon Ossoff. The simplest way to get the government working for you again is simply to remove Mitch McConnell as Senate Majority Leader. And voting for Warnock and Ossoff will do that. Plus, added bonus, it’ll get rid of two incredibly corrupt members of the Senate who’ve blatantly used their positions to enrich themselves. So really it’s a win-win.

I hope all of you have the absolute best New Year’s you can with the state of things right now, and that 2021 brings all of us peace, relief, and maybe a few clever plot lines.

See you again in the future.