I’ve been doing the A2Q thing for a while now and I wanted to take a moment to talk about a related matter.

Since I started this ranty blog way back when, there’s one thing I’ve tried to be clear about. This is mostly all just advice. And the thing about advice is... you can take it or leave it. It’s not required and it definitely doesn’t fit every situation.

I do dabble in rules now and then, yeah. Lightly. I do firmly believe writing has some some rules and it’s important to learn them. Knowing them will only help me. Heck, knowing them can help me break them. 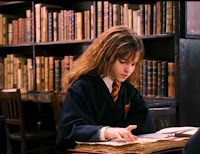 But overall, this is just advice. Some of it’s going to work for you, on this particular project. Odds are a lot of it isn’t. That’s how this whole writing-art thing goes. You get a huge pile of thoughts and ideas and advice dumped on you and it’s your job as the writer to sift through all of it and figure out what’s going to work for you and what isn't.

It can take a while. Maybe even years. And nobody wants to think it could take years for them to figure out how to write. That’s why some people like the idea that this is all very teachable. That it can get broken down into equations and page counts and formulas. Do this, then this, then that, and BAM New York Times bestseller right there. Now give me $250 for sharing my secret method with you.

Because I mean it’s that or... doing the work. And none of us want to do that. Believe me, if there was an easier way, I’d be on it in a heartbeat. But there isn’t. That’s the Golden Rule I’ve been pushing here for... hell, over a decade now.

The way I write isn’t going to be the way you write. I know this because I have a lot of writer friends and I don’t write like any of them. They don’t write like each other, either. You can probably find some similarities, some common threads, but for most of us our process is our process.

And I know this might seem a little weird and hypocritical because this is exactly what I’ve been doing here for the past three months. The A2Q is one long ongoing series of “here’s how you do this...” How can I spend all this time telling you how to do things and then say none of it’s going to work for you?

Well, I’ve used cooking as an analogy for writing before, and I think that’s a good way to explain the A2Q. Don’t think of it as a book, think of it as a recipe that I’m teaching you. Maybe for pizza. And I’ll show you how I do the crust, the sauce, how I cut the veggies, what cheese and spices I use, oven settings, all of it. Beginning to end. 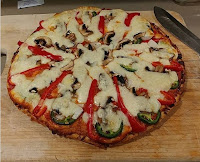 Yeah, there’s a chance you can follow all these steps and do it exactly like I do, even though you’ve never once cut vegetables or crushed garlic. But if you’ve never done this you’re probably going to end up making a few practice pizzas. And more than likely... you’re going to want your crust a little different, maybe a little thicker or more chewy (are you one of those deep-dish weirdoes?). Maybe you don’t want veggies, you want more sausage and pepperoni. Plus, it could use a lot more sauce and, heck, why am I even using red sauce when there’s perfectly good pesto to put on pizzas?

Hell, you might be one of those pineapple monsters.

So you’ll try my recipe once, perhaps twice, and then you’ll tweak it to work better for your tastes and preferences. You might decide there’s only one or two bits that work well for you (brush olive oil on the outer edge of the crust? Hmmmmm...) and ignore the rest. Or maybe none of this will work for you, because you and I just have some very different ideas of what makes a good pizza and how to make it.

That’s great, whatever you do. It’s absolutely fantastic. If my recipe gets you to a better pizza, than my work here is done—even if it just means realizing you don’t want to do it my way. Process of elimination is part of the process, y’know? Figuring out what works for you and what doesn’t.

The A2Q is me trying to give you a nice, easy recipe for a book. You’re supposed to fool around with it and change it. Maybe do things in a different order. Perhaps start in a different place. Some of my ideas and suggestions might not work for you, and that’s cool. The idea is to get you thinking and considering these different elements, maybe making you really aware of some of them for the first time. And then you’ll figure out how to use them in a way that works best for you and gives you the results you want.

I just thought it might be good to bring it up again.

Anyway... next week, back to the A2Q. There’s still more work to be done.