Random post with some thoughts. So very sorry about the title, but it was too perfect not to use.

A friend of mine got in touch lately. Should I say friend? Someone I talk to fairly regularly and have met in person? I don’t want to put too much pressure on anyone... Anyway, she got in touch because she and a few other writers she knows have hit a problem with their stories. Essentially, they’ve all become a little too on the nose. Possibly even questionable.

There are folks right now who are in the middle of books and stories about pandemics. I don’t mean they’re rushing them out, trying to take advantage of current events. They’d been working on their stories for months and suddenly there it is on the news, getting shoved in their faces every time they go online. And there are folks writing stories about deadly genetically-engineered monsters coming out of , maybe even specifically out of . There’s somebody writing a story about health care professionals dying as they try to save patients and probably a few somebody elses writing about corrupt politicians who ignore a threat as they try to consolidate power and enrich themselves.

These aren’t specific from the writing group, by the way. This is just me riffing on things based off the general problem. But you get the idea, don’t you? Sometimes the world conspires to dump a ton of extra baggage on your story, and now people are going to look at it--and maybe you--with a much  more critical eye.

As some of you know, I used to work in the film industry, and about twenty years ago I was working on a SciFi Channel show called The Chronicle. It was about the reporters at a tabloid newspaper that actually printed true stories about vampire Elvis impersonators, alien diplomats, demonically-possessed ovens, and so on. One episode we did was about a very low-level telekinetic who wants to be a superhero, so he stages crimes and accidents across Manhattan that he’ll be able to stop with his meager powers. His big one that our heroes rush to stop is he’s planted a bomb in a skyscraper, and they have to stop him and also stop the bomb before it blows up the building.

I’ll always remember this episode 'cause we finished filming it on .

Look... the world sucks right now. It’s sucked for a couple of years, but the past month has thrown everything sideways. And it sucks even more if it’s spilling into your writing. This should be our chance to escape a bit, as writers and readers, and suddenly we’re finding out that the thing we’ve been working on for weeks or months is... well, it’s very topical. Not in the good way. In the “people point at you and scream like body snatchers” way except they’re all just screaming “Too soon!” and “What is wrong with you?!” and “J’accuse!” 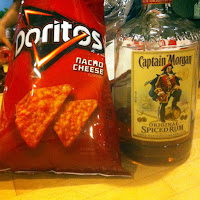 And let’s be honest. It’s tough to write now without imaginary people shouting at you. It’s so much easier to crawl into a bottle or a bag of Doritos or that little thatch roof cottage Tom Nook loaned you money for. I’m not going to lie—I’ve lost more than a few days recently just reading news articles and texting friends and building little toy soldiers because... well, you know. I’m sure a lot of you are there, too. So once you add in that extra pressure of an idea that’s suddenly super-topical (and may be for a while)...

So. What do we do? I’ve written what I thought was going to be a really cool/creepy/thought-provoking story about a super-virus sweeping across the world, and now I’m sitting here staring at the screen thinking “...am I the baddie?” Do I toss it? Do I keep going? Do I tone it down or change a couple key elements? 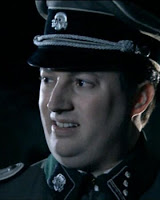 Okay... look, I wish I could reassure you and give you a solid answer. I think we’d all love some reassurance and solid answers these days. But the truth is, what I do when I find myself at a point like this is going to be a very personal choice. It’s going to depend on how confident I feel about my abilities. The parallels between my work and the real world events. Honestly grasping how people will view my work in light of those events. How much conflict I want to deal with. How much of my artistic vision I’m willing to compromise. And probably more things. This is just what came to me while I’m writing in a sort of train-of-thought manner.

In some ways, this is like dealing with any similar idea cropping up. It doesn’t matter if it’s another writer or, well, reality. The way I deal with something and talk about it is going to be unique to me. My story isn’t going to be like real life because it’s my story.

And I’m not so sure about changing things. I mean, if you’re honestly inspired to alter some aspects of your story, cool. But I think forcing a change is always going to feel... forced. Especially if I’m kind of doing it under duress. I wrote this story this way for a reason, and if I compromise that reason it’s going to show.

Ultimately, this all comes down to an art vs. business discussion. If I’m just writing for me, I shouldn’t worry about what’s going on in the world. I should just tell the story I want to tell. The story I, hopefully, need to tell. Don’t compromise, don’t bend at all, just be bold and brave and beautiful and let that story out into the world.

However... if my long-term (or maybe even short-term) goal is to sell this story, I may need to keep a few things in mind. Like I mentioned up above, there are those writers who leap on every trend and news event, so there’s a good chance the market will be glutted with pandemic stories in the next month or three. They may be rushed, they may be bad, they be self- or traditionally-published. One thing we can say for almost-certain is they’ll be there.

Also... geeez, am I an insensitive monster or what? People are dying from this. Right now. And—sad to say—there’s going to be a lot more dead people by the time I get my book out. Do I want to be rubbing it in people’s faces? Do I want to profit off their pain and suffering?

But that reflection brings conflict. There are always people who want to comment on stories, and a topical story is going to get more comments than most. Some people don’t want to have current events pushed back at them, even in a fictionalized form. Some folks don’t want to be reminded of what they’ve lost. And, in all honesty and fairness, some publishers would prefer to avoid that conflict.

And I know nobody wants to hear this but... there’s a time issue, too. Maybe I’ll finish my story and just need to put it aside for a while. Things that are horrifying and taboo today will be mildly scandalous in a year and blasé two years after that. I mean, twenty years after WWII we were making sitcoms about Nazi prison camps. Actual sitcoms. That ran for years.

And that episode of The Chronicle I told you about? They put it on the air. Just five months after 9/11. My story might feel inappropriate now, but in a year or so... people might smile at the idea that I felt nervous about it.

Thursday I’m going to continue the A2Q and talk about first drafts.

And wash your damned hands.