You Want To Know What I Think?

I really like this title, even though it makes me think of the conservative talk show host in V for Vendetta.
So, a question was posed in the comments a few weeks back—how do you deal with criticism?  Specifically, how do you tell good, useful criticism from questionable opinions, and how do you weight those opinions to tell which are worth listening to and which are just... well, wrong.
I think that was the question, anyway. If I’ve completely missed it, Chris, feel free to point and laugh at me in the comments. Until then, though, this is what I’m going with...
This is kind of well-timed, too.  Back in May I handed in my new book to the publisher, and near the end of the month I got back notes from my editor.  Lots of notes.
Pages of notes.

I won’t lie.  It stung.  It never feels good to have someone pull out lists of reasons why months of work needs... well, even more work.
Here’s the thing, though.  He was right on about 85% of what he said.  And I knew it.  My editor’s a smart guy, and he picked up on a lot of things—small things, really—that didn’t work in the story. But these small things snowballed into three or four big problems.
(Which I am now about halfway through fixing...)
So... how did I know he was right?
Assuming I’m actually open to receiving some honest criticism, one thing I can immediately look for is if this criticism is objective or subjective.  Is it a factual, provable point, or is it just a reader’s opinion.  If I use the wrong spelling of canon, drop commas in weird places, or don’t have a single transition anywhere... these are real problems that have a right or wrong answer.  This is objective criticism, and if I’m going to get argumentative about something like spelling, well... my writing career is going to take a while to get going.
Which takes us to subjective criticism.  This is when my editor or beta readers express their opinions on my writing.  And opinions can be taken with a grain of salt. Or several grains.  Sometimes a spoonful.
For example, some opinions are informed.  My agent doesn’t think this is a good time to try selling an urban fantasy book.  He spends his time talking to different editors and looking at recent market trends, so he’s probably got a pretty good sense of things.  That doesn’t mean selling a UF book right now is a guaranteed failure, but it’s probably a good way to approach things for now.
On the other hand, some people’s opinions are a bit... less informed.  I think zombies suck.  Maybe you could give her a dog?  Or a cat?  I feel like this sex scene could be cut.  Have you considered ending the book on Chapter Six and just making it a novella?  Have you considered giving this up and going back to investment banking?  These are all critical statements, but there’s nothing backing them up except one reader’s opinion.

And don’t get me wrong.  Everyone’s entitled to an opinion, and their opinion is (usually) totally valid.  But at the end of the day, some opinions carry more weight than others.  Neil deGrasse Tyson’s opinions on moon colonies carry more weight than mine, even though I once did a whole month of research for a zombies-on-the-moon book.  Pretty much every woman on Earth has better thoughts than me about the struggles, barriers, and sexism they encounter as a woman.  On the plus side, my opinions on G1 Transformers and Micronauts carry more weight than my brother’s (he was more into sports when we were kids...and as adults, too).
But how do I tell objective feedback from the subjective stuff? There are so many rules and accepted standards!  It could takeyears and dozens of drafts to learn them all!
Well, here’s one easy rule of thumb.  If I’m giving you feedback for something, and my notes have a lot of phrases beginning with--

--my critique probably isn’t that objective.  Just because my personal reading preference may be for casual dialogue, implied sex and violence, or clever twists doesn’t automatically mean these things are right for a given story.  And it doesn’t mean a lack of them is wrong.  So when I’m saying “I think you need this,” I’m not offering advice based on facts or rules, just off my own thoughts and feelings.
However...
Yeah, there’s always a however...
As I’ve mentioned before, some people will try to soften the blow with criticism because they don’t want to hurt my feelings when I read their notes. So even though they’ll have a perfectly valid, solid point to make, they’ll lead it with one of those phrases I mentioned above.  “Not 100% sure, but I think you may want to check if Schwartzenagger is the correct spelling.”  I’ve done this to other writers.  Readers have done it to me.  It’s just human nature.
Except... 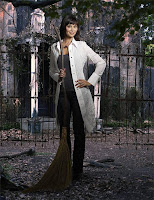 The flipside of this is the people who don’t realize they’re just voicing their opinions or some half-understood advice. And these folks will declare with absolute certainty that I must change this character’s name or move that comma or turn all my zombies into witches because, seriously, who still writes about zombies?  It’s over, people. Witches are the new hot thing.
So when I’m wading through my feedback, I need to be able to sort good opinions from bad ones.  And real objective criticism from heartfelt opinions.  That’s part of my job as a writer.
Now, all that being said... there are times someone’s personal opinion might hold a little more weight.  If some producer wants to pay me to rewrite my screenplay to include an alien love-child, or to rewrite the main character of my civil war slave story to be a white guy...that’s their call.  If a publisher wants to buy my Agent Carter fan-fic with all the names and a few genders swapped, I probably won't tell him no.  If someone wants to pay me actual money to do something that could very well ruin my story...  well, getting paid is nice.  A lot of writers cover their monthly bills that way.  Especially in Hollywood.
Y’see, Timmy, the bad news is that a huge amount of knowing how to sift through criticism and make these choices is just plain experience. It’s the ugly process of writing, getting feedback, rewriting for the feedback... and realizing two or three drafts later some of that critique could’ve been ignored.  Then having this happen again... and again.  And again.  The only way to learn this is through writing and rewriting and learning exactly how all of this word-stuff fits together and then writing some more and having it suck a little less.
Also, it’ll help a lot if I read more.  Lots of things in lots of genres.  If I can name a hundred manuscripts that have done the same thing as mine with a character, with structure, with dialogue, that’s probably a good sign that what I’m doing is acceptable. But the only way I’m going to know that is if I’ve read lots and lots of material.

By the same token, if I read a hundred books a year and not one of them has done what I did with dialogue... well, it might mean I’m a visionary, but odds are it means this isn’t really an acceptable practice.  If I find one or two out of that hundred that do it, they’re probably the exception than proves the rule.  Again, though, the only way I’ll know is to read.
Yeah, this sounds like a lot of work.  It is. I didn’t figure all this out overnight, or even in the eight or nine years since I started this blog.  This is actual decades of experience, stretching back to the early ‘80s when I first started screwing up this stuff with fanfic, comic book scripts, and lizard man stories.  And I screwed up and got rejected a lot.
As I’ve mentioned before, experience is what you get when you don’t get what you want.
Speaking of not getting what you want...
There will be no post next week because I’m going to be down at San Diego Comic Con.  If you happen to be there Saturday, though, I will be part of a panel on worldbuilding and storytelling, so you could show up and mock me in person.
And I’ll probably put up a few photo tips to make up for the lack of actual post.
When we do meet again, though, I’d like to talk about chefs.
Until then... go write.