Okay, last part of this little trilogy of advice for conventions.  I’ve talked about being a better vendor at a con and also just being a better attendee. So let’s talk about the big one...
How to be a better guest of a con.
This is the brass ring, the holy grail, the cake we were promised for so long.  The folks at Hypotheticon are going to pay for me to travel, put me up in a hotel, maybe even let me order room service!  I’ll get panels, maybe signings, a seat in the autograph area, and possibly even invited to one of those cool after parties all the cons have.
Someday I’ll get invited to one of those parties...
Anyway... here’s four tips based off a few decades of watching con guests and a few years of being one.
Bonus—a lot of these points hold for book signings, too. 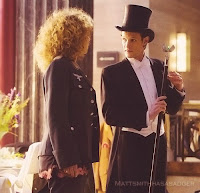 This can be kind of a tough one.  The first time I was a guest at a con, I was so determined to look professional and make a good impression.  I wore a nice shirt and a sports coat and even debated a tie.  I wore nice shoes.  I bought a new messenger bag so I wouldn’t be carrying the ratty, cheap thing I’d had  up until then.
One of my first panels got recorded.  If you find it (no, I will not link), you can see me fidgeting through the whole thing—tugging at my collar, rolling my shoulders to make the coat sit right.  I didn’t even realize I was doing it. It was just one of those unconscious things we all do when we’re uncomfortable.
Fortunately, my pants fit fine...
The lesson I learned was to just be myself.  If you like wearing dress shirts and blazers, great. If you like jeans and t-shirts, fantastic.  Sun dress, tuxedo, bowling shirt, pink cowboy hat, black trenchcoat—if it’s what I’m comfortable wearing, then I should wear it.  People aren’t coming to the con to meet some stylized, twitchy version of me, they just want to meet me.  The real, relaxed me.
Plus, I’m a writer. It’s one of the few occupations where you can show up wearing pretty much anything and people will say “oh... must be a writer.”

2) Be grateful
Holy crap! Somebody thought I was worth investing in. Somebody thought I was worth being a guest at Hypotheticon!   They paid for my hotel and my flight and they stuck me on panels and maybe gave me table for autographs. It was all that stuff I was hoping for up top and more.
I’m so thankful for that gift bag of books and freebies—and I make sure the people working the con know. I think it’s fantastic that somebody’s making sure I got lunch—and I make sure the folks working the con know.  They’re nice enough to have someone check on me and see if I need a bottle of water—and I let them know how awesome it is.
Look, if I get mugged walking to the con and someone shoots off two of my fingers, this is still the best con I’ve been to in the past year. Because these people are making an investment in me and I want them to know I understand and appreciate it.  I mean, jeeeesh, they could’ve gone with Sarah Kuhn or Craig diLouie or Kristi Charish, somebody at least semi-popular, and they picked me.  I’m not going to complain about anything unless I lose at least three fingers, two toes, and an eye.

3) Be on time
If I’m a guest of Hypotheticon, I’m probably going to be on a couple panels, maybe have an autograph session or two.  And I want to be on time for every single one of them.  It’s the absolute easiest way to show a bit of gratitude and respect.

This means double-checking and triple-checking to be sure I’m where I’m supposed to be when I’m supposed to be there.  If I’m at a popular, crowded con (especially one of the big ones like SDCC or NYCC), it might take a lot longer to get from point A to point B, and I need to factor that in to my travel times.  Also, it’s not unusual for con schedules to change.  That first email you got might say 1:30, but by the time the con’s up and running the panel’s now at 1:45. or maybe 1:00.
I know of one panel at NYCC 2015 where the moderator was almost half an hour late because the con schedule changed over the three weeks since he first wrote up his personal itinerary. That guy was a serious jerk.  You don’t want to be like him.
Like the above point #2, remember how amazing it is that somebody thought it was worth their time and money to have me here.  I at least owe them the common decency of being on time for the places they want me to be.  Yes, even if it means skipping lunch or cutting off my conversation with that editor or producer or really excited fan.  Be polite, apologize, and get where you need to be.

4)Don’t be a panel hog
Okay, simple math problem. I’m on a panel with four other authors (five total) and there are 100 people in the audience.  How many people came to hear me talk? 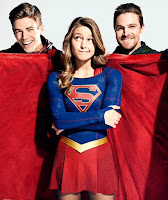 Well, there’s a lot of factors there, sure.  I may be stuck on a panel with Stephen King or J.K. Rowling or Andy Weir.  I might be the screenwriter on a panel with Grant Gustin, Melissa Benoist, Stephen Amell,  and Caity Lotz.  But most of the time, I can probably go with simple math and assume about 20% of that audience is here to listen to me.
Another way to consider this is that 80% of the audience is not here to listen to me.  If they want to hear from Kristi or Craig or Sarah (to use our previous examples), they’re going to be seriously annoyed if I try to dominate every question the moderator throws out. And people who are annoyed at me rarely want to buy my books... at least, in my simple understanding of human psychology.
I’ve seen this from both sides.  I’ve been on panels where somebody always had to speak first, kept leaping in, kept talking over people.  I’ve been out in the audience when one panelist cut into every response to make their observation or their funny comment.  It’s not fun from either direction.  It’s mildly amusing at first, but after a while you just want that person to shut up and let someone else talk for two minutes.
And, yeah, that “shut up” also comes from both sides of it.
It’s tough, because we all want to get noticed.  It’s so freakin’ rare for writers to be in the spotlight, the temptation’s to do pretty much anything we can to keep that focus on us.  Plus, I’ve got such a great follow-up comment to that question and a clever, double-entendre closing remark.
It’s easy to stay in that spotlight.  But I want it to be a positive focus.  I want people to remember me, but for all the right reasons—not because I couldn’t keep my mouth shut for five minutes.
Want an easy way to stand out on a panel?  Make sure everyone else gets a chance to speak.  Defer to other speakers.  Make a point of passing off your “turn” to someone else who hasn’t gotten to speak much.  It’s just being polite, and they—and their fans—will remember you for it.

So there’s that—four easy steps to being a fantastic convention guest.
Come back in a couple days and listen to be blab on about the three steps of a good magic trick.
Until then, go write.