Did anyone notice the clever title...?
So, this time last week I talked about some of the ways I can be a better con-goer, based off my own meager experience.  This time I’d like to blather on  about a couple ways I can be a better vendor. Which, admittedly, is pretty much the hardest way to attend a convention (said as someone who's stood on both sides of the folding table).
Being a vendor—any kind of vendor—means I’m starting Hypotheticon already in the red.  Paying for a table, paying for whatever I’m selling (books, for most of us, yes?), sometimes paying for internet, electricity, travel, housing.  There’s only two or three cons I do as a vendor, but I can say off the top of my head I probably start opening day a grand in the hole.  Not a great place to be.
Here’s a couple easy things I can do to get out of that hole... 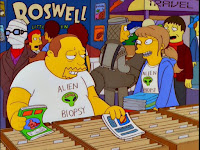 1) Be happy to be there—I can’t tell you how many times I’ve seen vendors lurking behind their own tables.  I was at one con and the guy across the aisle from me actually just sat behind his table scowling. He barely talked to people--just sat there looking like he’d lost a bet and was stuck minding the store while his partner was off hooking up with the Australian women's volleyball team.
Not a lot of people stopped to talk with him, as memory serves.
I try to make a point of always standing behind my table. At the very least, I kneel on a chair.  I try to smile and be upbeat.  If I look upset, why would anyone stop to talk with me?  If I don’t look at least mildly excited to be here at Hypotheticon, isn’t it natural to assume whatever I’m selling is boring?
Think of any surly, grumpy cashier you’ve ever had to deal with.  Did you want to deal with them?  Did they make you want to spend more time in their store?
Don’t be the grumpy person.

2) Be polite to the customers—This kinda feeds into the last point. First off, I need to respect the fact that people at the con just might not have money to spend. Or maybe they’re not ready to spend it now (I’ve only been here for an hour, I’m still looking around, STOP PRESSURING ME!).  Remember, nobody likes the hard sell, on the internet or in real life.
Second, I need to respect the fact that some people just might not like what I’m selling.  Nothing wrong with that. My mom doesn’t like all the stuff I write. Neither of my grandmothers was too fond of my chosen genres, either. That’s just the way things work.
Also, I shouldn’t shout at people. Sure, I can try to call them over, maybe even have a quick long-distance sales pitch.  I’ve been known to call out “excuse me, sir, are you a fan of hypotheticals by chance?” to people walking past my booth at Hypotheticon.  But I don’t want to be hollering at every passer-by like a carnival barker.  I think we’ve all been in a mall or store where someone randomly shouts “HI, TRY OUR CHICKEN FINGERS!” or maybe “WELCOME TO TOYS R US!”
Seriously, how often do we cringe from that?  It pretty much guarantees that’s not the store we’ll be walking into next, right?
Look at it this way—would you, personally, stand at a booth when the vendor kept shouting at other people? Are you more likely to walk over to a booth where there are other people already standing there?
Okay, now think of how those two points work together...

Also, one last point that struck me at SDCC last year. Cons are getting tough for vendors because 95% of what vendors are offering is available online.  I remember being thrilled about ten years back when I found an old Maskatron (one of my very first sci-fi toys), something I hadn't seen in years.  But I just now searched eBay and found dozens of Maskatrons available for sale, in and out of the box--one of them selling for less then I paid ten years ago.  There are countless online shops selling old toys, geeky t-shirts, art prints, rare comics, and more.  The "once-a-year-geek-yard-sale" aspect of cons is over.  So the big thing I've got going for me as a vendor is in-person interaction.
Which leads nicely into...

3) Be honest—Okay, who’s encountered the vendor...  no, let’s put it this way.  Who’s encountered the random person on the con floor who says “Would you like a free stress test?” or maybe “Would you like a free portrait?”... only to find out that free leads to “please buy my art or books” or maybe even “for the love of--oh, please don’t walk away I need this sale”...? 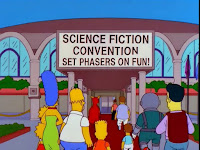 As I mentioned above, we all have our own gimmicks and tricks and methods for bringing people to our booth and pitching our stories.  But they need to be honest. I can’t tell someone I’ve got the cure for cancer and then say “it’s a book about alien zombies in space” once they’re standing in front of me.
I can’t lie if I’m trying to sell my books. Not about awards or blurbs or genre or why I called you over or anything.  The minute we think someone’s being dishonest with us, we walk away. And someone fighting to keep us there just makes us want to run more.  Oddly enough, being pushy tends to push people away...
So don’t lie, and don't be pushy about it.

4) Be polite to other vendors
So... let’s be honest. Cons are kind of scary because—to an extent—they can be seen as a zero sum game.  If you’re spending money at his booth, it’s money you don’t have to spend at my booth.  Her gain is my loss, and vice versa.
Thing is, though... if I look at it this way, I’m just going to come across as a dick.
A friend of mine was at a con once where the guy in the next booth kept interrupting her while she was making her spiel, trying to lure the folks she was speaking with over to his booth.   I was at one con where a publisher was undercutting some of their authors who were also there.  At another con, some vendors were shooting random people with Nerf guns... including other vendors trying to talk to customers.
Personally, I try to be nice to everyone at cons.  Other writers aren’t my competition.  Never forget that.  This isn’t a scheme or a marketing strategy—it’s just the truth. Plus, most of them are just fun, fantastic people, so the whole experience will be better if I’m working with them rather than against them. 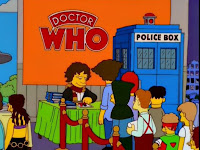 And you know what?  I’d guess at least a third of the people who stop by my table when I’m a vendor come by because another vendor recommended me.  For a while, Craig diLouie and I would get paired up at cons by our publisher and we loved it. We could (and often did) pitch each other’s books to whoever stopped by our table.  I did the same thing with Peter Stinson at SDCC one year. And Katie Cord from Evil Girlfriend Media.  And Tim Long.  And Ellie Knapp.  And Jonathan Moon.  And Jessica Meigs. All of these folks are great writers, and I wasn’t going to twist someone’s arm to make them buy my books when it was clear one of these other authors was a better fit for their tastes.
It will never, ever hurt me to help out another vendor.  Especially if they’re another author selling their own books. And the truth is, as I mentioned above, it's tough to just break even at cons as a vendor.  Really tough. It's better to just look at the whole thing as a publicity event rather than a sales event.
Plus, it’s always great to have someone who’ll cover my booth if I have to run for the bathroom.  Or for food.  And nobody’s going to do that if I’m a jerk.

And there you have it. Four really simple ways I can be a better vendor.  And probably make my way out of that hole I was talking about at the start of this.
One week from now, how to be a better con guest.
A few days from now... I can’t even describe what we’ll be talking about.
Until then... go write.