The Death of a Dozen Cuts

I almost went with “Cheaper By The Dozen” for the title, but I figured there was no reason to make you all remember that little piece of pop culture.
I’ve been watching people talk about editing lately in a few different online groups.  More to the point, about the need for more of it in certain corners of the industry.  A side-thread in one of those conversations was about one fellow determined to get his book edited by Thursday so he could get it up on Amazon by Friday.
Anyway, that got me thinking about easy edits.  The type of stuff that we all let slip though while we’re writing and the experienced folks know to then get rid of in their first round of revisions.  I’ve mentioned some of them before in a broad strokes sort of way, but it struck me that maybe I could even boil this down further.
So here are a dozen specific words I can cut from my manuscript.  Not all the time, but a fair amount of it.  A lot of them lead to other words, too—they’re indicating a larger problem—so once I get rid of these it’ll probably mean a few words on either side of them go away, too.  Which means I’ll end up with a leaner, stronger story.
Yes, you've probably seen me mention lots of these before.  I even linked to some of the other posts in case anyone might want more explanation.
Ready?

That—I’ve mentioned that a few times here, so I won’t bore you by explaining it yet again.  Needless to say, I always do a that pass while I’m editing and end up removing about 80-90% of them.  While I was revising Ex-Purgatory, I cut over 130 thats—more than half a page of them!

Decided—This word is almost always filler.  Maybe not conscious filler, but it’s almost always filler that can be cut.  If Yakko decides to do something and then he does it, I’m just eating up words again.  We all make hundreds of decisions and choices every day, but most readers want to hear about the action, not the decision to take an action.  The action itself implies the decision was made. 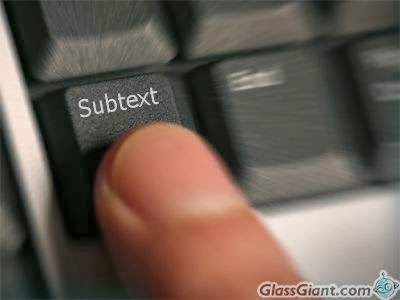 Listen/ Look—If I start a line of dialogue with look or listen, I’d bet that three out of four times that line either states something plainly apparent or it’s an infodump. Which means either these lines aren’t adding anything to the story or they’re adding something I could express better through subtext or actions.

Obvious—If something isn’t obvious, it comes across as arrogant to say it is.  So I shouldn’t use the word obvious, because the character (or writer) in question is going to look like a jerk.
On the flipside, if something is obvious, they I still don’t need the word.  Things that are obvious are... well, obvious, so it’s just wasted words for a writer to tell us so.

Was – I always search for was, because it tends to point at weak verb structures.  It’s when I’ve got “Wakko was running” instead of just “Wakko ran.”  It’s a small tweak, but it’s one that gives my writing punch because it makes all my actions read just a bit faster.
Also, this can save me from the awkward problem of simultaneous actions, when my chosen verb form ends up creating a chain of things happening at the same time rather than a sequence of events.

As you know—I’ve talked about these three words a few times before.  They’re awful.  Just awful.  I won’t say this is the worst way to get the facts out to my readers—I have full confidence there’s a writer out there now working on a worse way—but I’d put this in the 99-out-of-100 category.
If I’m saying “as you know” to you, it means you already know what I’m telling you... so why am I saying it?  Why waste words blatantly lecturing about something that you and I both know?  Yeah, you might have amnesia, but if you do then you don’t know... so why am I saying “as you know” to you?
If these three words pop up together more than once in my manuscript, odds are I’m doing something horribly wrong.

And there you have it.  A dozen words you can search for and slice away.  Editing made simple.  Well, some of the editing.  I didn’t even mention my more common somewhat syndrome words.
Next time, it’ll almost be Valentine’s Day, so I guess I should talk about love and all that stuff.
Until then, go write.